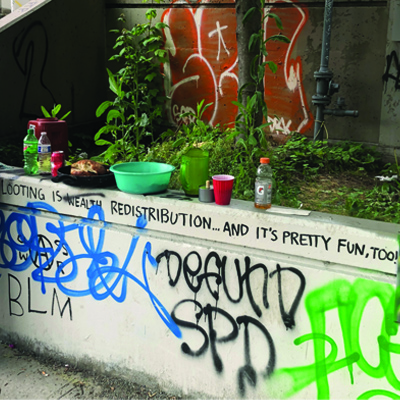 by Kim Hirsch in Education 9 Comments

Chicago Public Schools are finally reopening for full in-person instruction for the 2022-23 school year. You’d think the curriculum would be heavy on catching the little crumb-crunchers up on all that lost learning during Covid. But nooo. The big push is on gender ideology and … you guessed it … Critical Race Theory.

Initiatives for the New School Year in Chicago

Pedro Martinez, the Chief Executive Officer for the Chicago Public Schools, sent out a welcome back to school letter to parents, (available on the CPS website). Martinez promises there will be an increase in number of teachers, reduction of class size, and “safe, healthy learning environments amid the continued threat of COVID-19” (so if the teachers union demands more lockdowns, CPS will comply, one assumes).

Plus, CPS will also grow the number of counselors and social workers, along with a “Social Emotional Curriculum.”

Let’s break this down, shall we?

Those counselors — might they include “restorative justice coordinators?” The successful applicant for that position is expected to attend training in “restorative justice, cultural competency, anti-racism, trauma responsiveness, circle practice, and related topics.”

As for the “Social Emotional Curriculum:” that includes teaching about body parts and “different family structures” in kindergarten. By fifth grade they’re learning about HIV, sexual orientation, and contraception. Then by sixth grade the Social Emotion Curriculum delves into “gender identity, gender expression, and sex assigned at birth.”

Because all of this is more important than actual academics in a school district that’s floundering.

Defense of Looting and Mayhem

Chicago Public Schools is also promoting a video on its website that defends the looting and rioting which went on in the name of George Floyd.

Originally uploaded to YouTube in the summer of 2020, during riot season, it features black activist Kimberly Jones who explains away the looting and violence. Urban blacks riot, she maintains, because …

” … the financial gap between poor blacks and the rest of the world is at such a distance that people feel like their only hope and only opportunity to get some of the things that we flaunt and flash in front of them all the time is to walk through a broken glass window and get it.”

Oh, you mean like Nikes and Gucci handbags, so necessary to one’s very existence? 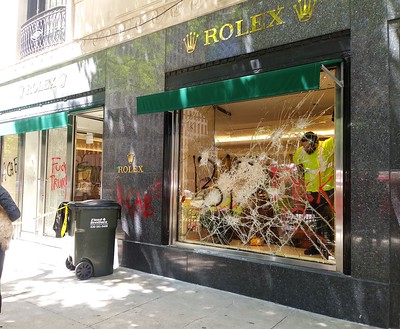 But they feel “hopeless,” because of 400 years of oppression. You gotta understand the struggle.

“We must never forget that economics was the reason that black people were brought to this country. We came to do the agricultural work in the south and the textile work in the north. You understand that? That’s what we came to do.”

So no white person ever worked in the fields or in factories? Like my great-grandfather, who came from Lithuania to work in the steel mills in Chicago? He died in a gruesome mill accident. Yes, white people died in factories, too, sometimes in terrible ways.

Jones continued on her tirade, screaming about “f*ck” this and “f*ck” that, along with the battle cry of “burn this b*tch to the ground.”

Yeah, but then where would y’all loot?

Not only does the Chicago Public Schools host this racist claptrap on its website, but the site also includes a number of “equality tools” in its library. These include a pamphlet on “white supremacy culture,” training on “implicit bias,” and book recommendations, which include writings of Ibram X. Kendi.

Because that’s how poor kids in Chicago will learn to be successful, right?

Chicago Schools Should Answer to This

Instead of blaming white people for All the Bad Things, and excusing bad behavior, perhaps the intellectuals at the Chicago Public Schools should consider this:

Then there are carjackings in the Windy City. And fatal stabbings. And men who push victims off CTA platforms.

How is all the craptastic racist curriculum foisted by the Chicago Public Schools going to fix this? How does garbage like “Social Emotional” curriculum, or learning about gender identity, or watching an ignorant woman scream her excuses about why people in her “community” should be allowed to loot and riot help kids succeed in life?

It doesn’t, of course. Chicago is a city which has been close to my heart since my childhood. But it’s dying. And the garbage that the Chicago Public Schools are teaching their children won’t cure the rot taking over the city.