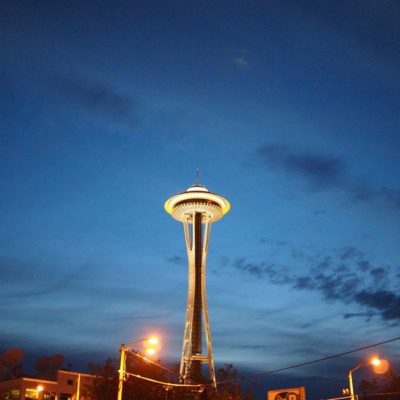 There is no disputing the rivalry of “woke” in the great Pacific Northwest. Seattle comes up with the CHAZ, CHOP-whatever it is in Capitol Hill and Portland tries to do one better by getting Trump to send in the Feds. Now, it appears Seattle had some FOMO and tactical presence is also on standby in the city for at least the weekend.

Seattle Mayor, Jenny Durkan, and Washington State Governor, Jay Inslee (who, surprise, surprise, actually knew the Federal Agents were on the ground in Seattle this time), sounded off. They want protests to be, uh, “peaceful”:

President Trump sent federal officers to Seattle because he is itching for a confrontation. He wants attention.

We shouldn’t give him either.

Keep it peaceful, keep the attention where it belongs – on building a better, more just Washington for everyone.

What were they protesting? Who knows? They’ll do just about anything to turn our cities into third-world countries in the name of “justice” or something.

Meanwhile, Jenny Durkan, Seattle’s fearless mayor, urges protestors to not “take the bait” from the federal agents that have boots on ground and are on standby in her city:

I ask everyone who’s protesting this weekend to please do it peacefully. Please make sure you raise your voices and challenge government, but do it in a way that is lawful.”-Mayor Jenny Durkan

Just call this The Summer of Love Part Deux. If you’re going to Seattle this weekend, be sure to wear some flowers in your hair. You’re gonna meet some gentle people there. Groovalicious.

Inslee’s and Durkan’s “keep it peaceful” pleas imply that at one point in time, the individuals setting fire to buildings, breaking windows and shooting people were actually, “peaceful”. Oh, they were “provoked” by the police that they kicked out of their little communist utopia! Seattle Police have been basically told for years on end to not intervene with increasing crime in the city. The citizens of CHAZ/CHOP kicked them out. Yet, CHAZ/CHOP still experienced violence and people still died. Why? Because these are not peaceful people.

“Peaceful” protestors do not spit and yell in the faces of police officers, they do not loot, they do not cheer on the violence that others are instigating and they do not disobey curfews put into place.

This is why tactical agents are on standby in Seattle. Jay Inslee and Jenny Durkan have done nothing but cower to these thugs (mostly made of up of middle-class , wimpy white boys) in the streets. Durkan is concerned that the presence of federal agents will “inflame and escalate” tensions should riots break out.

And considering Seattle City Council was entertaining stripping police of certain crowd-control tools thanks to Seattle City Council Ordinance 119805. Heaven forbid a foul-mouthed, “protestor” get sprayed with pepper spray. Chief of Police, Carmen Best, basically told business owners in the city that while the police will be on call and deployed, “it would be reckless to confront the level of violence they’re witnessing” without these tools. So, in short, business owners are on their own to fend for themselves.

With this Council ordinance, we hear loudly and clearly that the use of these less-lethal tools by SPD officers to disperse crowds that have turned violent have been completely banned by City Council.
Under these circumstances, as created by Council, we cannot manage demonstrations as we have in the past. If I am not allowed to lawfully equip officers with the tools they have been trained to use to protect the community and themselves, it would be reckless to have them confront this level of violence under the current legal restrictions imposed by Council.”-Carmen Best, Chief of Police, Seattle Police Department

The Seattle City Council, claim to be “leading the way on ensuring Seattle remains a viable, safe, livable, and sustainable city”. How are they “leading the way”? By storming city hall, effectively starting the CHAZ/CHOP and attempting to rid the city of companies that provide jobs to its residents. Nod to Kshama Sawant for these. How else? By suggesting firing white police officers to shrink the police department. Nod to white-but-woke council member Lisa Herbold for this one. So much for leading the way. Much to Seattle City Council’s chagrin, a federal judge has blocked Ordinance 119805 with a temporary restraining order issued last night.

“This is tyranny”, say the liberals. How dare Trump bring in federal agents to apprehend innocent “protestors!” Guys in tactical gear with no name tapes! (Gasp!) What is happening to our country? They should proudly display their name tapes for any and all domestic terrorists to see! And, they should pull up in marked cars that say ‘Secret Police” so “protestors” could set fire to them! Meanwhile, Jay and Jenny want their little, whiny, bratty toddlers to behave themselves because Trump sent in the “Storm Troopers“. They want to show the “tyrants” on standby that all protestors (even the ones who destroy property and shoot innocent people) have good intentions and are peaceful, fun-lovin’ folk. They just don’t want Capitalism and cops.