After being delayed by a pandemic, and being slashed to 60 games thanks to an icy face-off between players’ unions and owners, baseball has finally come back.

Come back to do what, no one is quite sure. After so many months with zero professional sports, the atmosphere should be one of anticipation and excitement. Yet, this entire moment just feels like we might be watching the swan song of professional sports. Baseball could have really seized the moment when the pandemic started, and made plans to strategize, to reach out to fans, to make every effort to get back on the field. Instead, we got a labor dispute with fingers pointed at both sides, some big name players who are declining to play this season for a myriad of reasons, and fans submitting cardboard cutouts of themselves to sit in empty stadium seats. Nothing feels right, and yet baseball should feel familiar and comforting.

But it doesn’t, because first we have to sit through another lecture and demonstration on the social justice cause du jour. Given everything that’s happened, and still happening, the message that could have been has long since been lost. In the months since George Floyd was murdered, we have seen riots, looting, rebranding, endless lecturing, and naked people – not to mention performance art and a missed opportunity for police reform.

Baseball, in particular, having such a long and successful story of combating racism (Robin DiAngelo’s dissing of Jackie Robinson’s accomplishments notwithstanding) could have created a compelling message all their own about the values of equality and tolerance and sportsmanship. But thanks to the “wokeness” of the moment, the league has simply given up the message to Black Lives Matter. And that is a damned shame, because they could have done this SO MUCH BETTER. But MLB took the lazy way out, and let the BLM mob dictate what happened. All that MLB had to do was rubber stamp it, and do a little preachy performance art of their own, narrated by Morgan Freeman (no, I’m not joking).

Today, and every day, we come together as brothers. As equals, all with the same goal – to level the playing field. To change the injustices. Equality is not just a word. It’s our right!

Today we stand as men from 25 nations on 6 continents.

Today, we are one. pic.twitter.com/vKUGdRfwgQ

And at first, the compromise seemed okay. Kneel before the anthem, stand for the anthem.

The Yankees made the decision to kneel for 60 seconds as a team before the anthem during a Wednesday night team meeting, then gave the Nationals advance notice, according to James Wagner of the The New York Times.”

But then it just became the same old thing.

Are we really going to have to see this every single time we try to watch a baseball game? The sport is on a knife’s edge thanks to overtweaking by the commissioner, bleeding cash thanks to the pandemic, and the fans are disgruntled by the labor dispute. All we wanted was a baseball season. Instead, we’ve got social justice lectures, kneeling, silent stadiums with cardboard fans, and an uninspiring atmosphere.

Dr. Anthony Fauci’s first pitch of the Yankees-Nationals game sums up how many fans are feeling right now.

Dr. Fauci throws out the first pitch at the Nationals game.

Baseball seems to have been thrown off line, and I’m not sure if the fans that MLB thinks they are placating are going to hang around for long, compared to the fans they will likely lose. I love the game, but like all the other major sports, baseball seems determined that they are going to be “woke” in a season where they could, by the very rules they made in face of the pandemic, go quite broke. 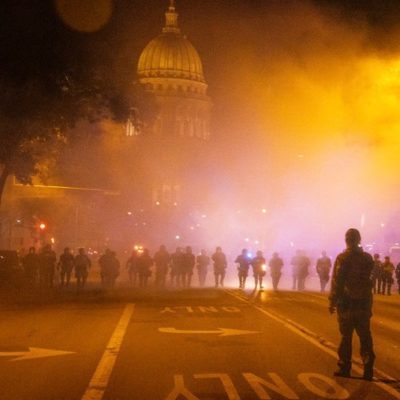 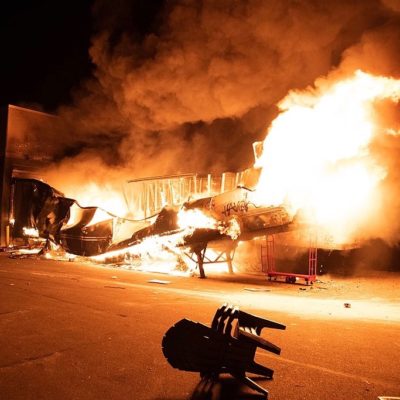