Next post
Psaki Gets Covid After Hiding Quarantine Status 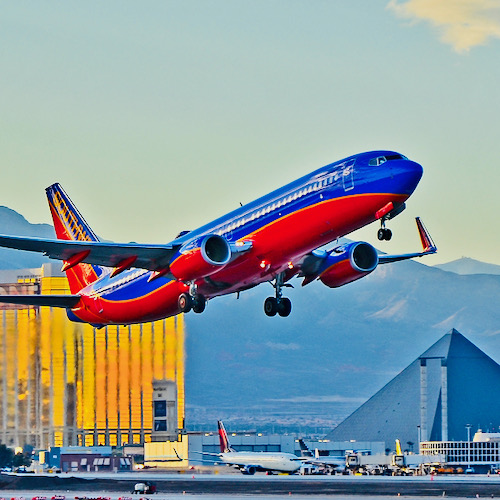 A Southwest pilot said “Let’s Go Brandon” over the intercom the other day and the media has been madly clutching pearls ever since.

The phrase was announced to some audible gasps from passengers on the morning flight from Houston to Albuquerque, New Mexico, according to Associated Press reporter Colleen Long who said she was on the flight and heard the announcement.

Interestingly, Colleen Long was in the midst of writing up an AP piece on the “Let’s Go Brandon” phenomenon. Of course, being a so-called ‘reporter’ with the AP, her story read thusly.

When Republican Rep. Bill Posey of Florida ended an Oct. 21 House floor speech with a fist pump and the phrase “Let’s go, Brandon!” it may have seemed cryptic and weird to many who were listening. But the phrase was already growing in right-wing circles, and now the seemingly upbeat sentiment — actually a stand-in for swearing at Joe Biden — is everywhere.

The line has become conservative code for something far more vulgar: “F—- Joe Biden.” It’s all the rage among Republicans wanting to prove their conservative credentials, a not-so-secret handshake that signals they’re in sync with the party’s base.

Americans are accustomed to their leaders being publicly jeered, and former President Donald Trump’s often-coarse language seemed to expand the boundaries of what counts as normal political speech.

Colleen tries to tell us that the gasps she heard were gasps of horror. I would bet even money that there were gasps and outright laughter. But since that part doesn’t fit her narrative…

By the way, she actively tried to get into the cockpit!

Also in defense of airline I was asking them to open locked cock pit and probably sounded insane!

Well yes, Colleen, you absolutely did and do sound insane about this. I truly wish the folks at Southwest had had law enforcement meet her at the gate. Since 9/11 it’s really REALLY a bad idea to try and get into the cockpit of an airplane and federal charges should’ve been dropped on her ASAP.

That said, Colleen likely is enjoying all the reactions from the rest of the media. One CNN analyst issued a lecture about the pilot “haranguing” the travelers and wants him reported to the FAA. One simple phrase does not a harangue make.

Another CNN analyst who is a former FBI agent sent this tweet out.

As an experiment, I’d love for an @SouthwestAir pilot to say “Long live ISIS” before taking off. My guess is that 1) the plane would be immediately grounded; 2) the pilot fired; and 3) a statement issued by the airline within a matter of hours

CNN is on a roll, as yet ANOTHER employee of that failing network decided to go the Hitler route!

(I presume that goes without saying) https://t.co/kahLPP6wl1

The media has been clutching pearls for weeks over the “F**K Joe Biden” and “Let’s Go Brandon” chants. In their tiny little minds, those two chants are both racist and super mean to Grandpa Joe. They are acting as if no one has ever said bad things about President Trump or any other President!

Evidently a woman riding her bike gets elected to a local office after she went viral for flipping President Trump’s motorcade off. Robert DeNiro is madly applauded for screeching “F**k Donald Trump” on live tv. Kathy Griffin gets kudos for doing the severed head schtick, and don’t get me started on the vagina costumes and pussy hat crap. All of that is totally acceptable to the left.

But saying “Let’s go Brandon” is worthy of a nationwide meltdown and calls for boycotting Southwest Airlines.

The media is desperately trying to tell us that chants like this are wrong. That everything in this country is fine. The media is working themselves into pretzels in an attempt to provide cover for one of the worst Administrations ever.

Americans of all political stripes are NOT HAPPY with the Biden Administration. Hence the “F**k Joe Biden” and “Let’s Go Brandon,” and why there are now songs and Youtube videos such as this one.

Sadly, Southwest Airlines is now running an investigation and has issued an apology.

“Southwest does not condone Employees sharing their personal political opinions while on the job serving our Customers, especially when comments are divisive and offensive,” the Texas-based airline said in a statement to The Washington Post on Sunday.

I guess if the pilot had said something bad about Donald Trump it would’ve been ok?

Again, Americans of all political stripes are not happy with the Biden Administration. They are making their displeasure known and this is one of the most benign ways they are doing so.