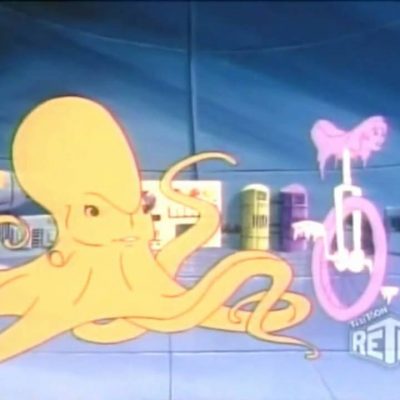 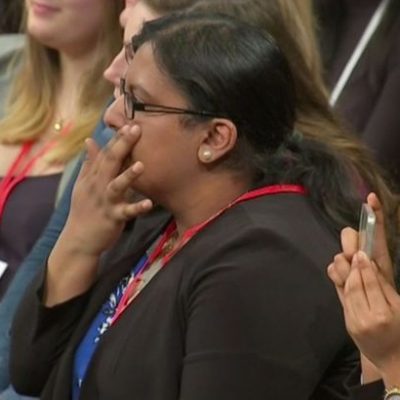 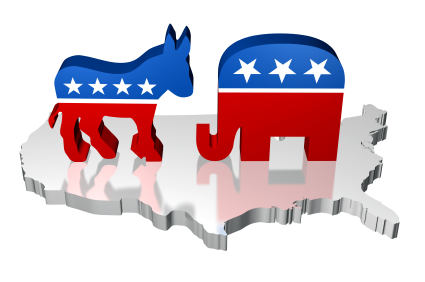 This will be the first presidential election that my 12 year old daughter has really paid attention to. She sort of remembers the 2012 election, but she was only in third grade. By the time this November rolls around, she will be in junior high.

The one thing that she keeps asking me is “Are all elections like this?” She’s watched some of the GOP debates, and some of the Democrat debates. Let me say, it’s not exactly helping my parenting skills or pushing the concept of maturing as you get older when grown adults, all of them older than her parents, are yelling and mocking each other on national television.

I have been as honest as possible with her, and said no, this is the most contentious election in the modern era, as well as the first one to be played out by all the candidates in social media. “Contentious” is such a nice, sterilized way of trying to explain “grownups behaving badly.”

Fortunately, she and her friends are not clashing over politics yet, so she doesn’t have to deal with what many adults are confronting – the loss of real-life relationships over politics.

Opinion writer Peter Wehner wrote an op-ed in the New York Times, discussing the fallout of friendships in this tense political season. His focus was on the GOP side, and the divide over Trump, but this is equally applicable to the divide between Hillary and Bernie supporters (and as I live in a deep blue state, I see that divide played out on my Facebook feed just as much as the GOP divide).

One close longtime friend told me that my criticism of Mr. Trump stemmed from my desire for attention and notoriety and a longing for the favor of liberals. He was questioning not my reasoning but my motivations. His concern wasn’t about policy; it was about the state of my soul.

Last week, a friend I am in frequent contact with and who is sympathetic to Mr. Trump informed me that my attitude was “unhinged” and utterly close-minded. A woman I attended church with for several years expressed her unhappiness with my anti-Trump “screeds.”

These people aren’t stupid or malicious; they are upset because I see things in a profoundly different way from them and because I have referred to a candidate they like as the avatar of unreason.

Strained relationships resulting from political differences are pretty common. What makes this moment so unusual is that the ruptures are occurring among people who have for years been political allies, whose friendships were forged through common battles, often standing shoulder to shoulder.

In his short book “The Four Loves,” C. S. Lewis writes that while lovers stand face to face, friends stand side by side, absorbed in common interests, seeing some common truths. When these common truths become competing truths, a distancing is inevitable — perhaps especially when political differences arise among people who have devoted their lives to politics, who view it as a means to advance justice and human flourishing and therefore consider it a core part of who they are.

And therein lies the problem: When political differences shatter friendships, when we attribute disagreements to deep character flaws, it usually means politics has become too central to our lives.

In an age when even using the bathroom has become a political act, it isn’t surprising that politics is now forced upon us every single day of our lives. And when it is, people begin to withdraw. They pull back from Facebook groups, from friends that they simply can’t get through a discussion with when the social issue of the day comes up, from social media, from everything that demands that they take a STAND! NOW! OR THE OTHER SIDE WINS! Many people are reaching political burnout. And it’s still a little over six months until the general election.

This election season reminds me strongly of a religious joke that was written by comedian Emo Phillips, now over 30 years ago:

So many people are willing to say “die, heretic!” and start severing relationships both in real life and in social media, even though they might agree with 95% of what the other person believes. And this is happening on both sides of the aisle to a degree that has not been seen in the last 50 years. The causes for these divides are long and complicated (and trust me, I’ve tried explaining them to my daughter), and I no longer really care what caused this. I’m not even trying to talk you out of who you support to try and bring you around to what I think.

The only thing I’m asking people to do is… think. Think about the words you say, tweet, type, or post – before they are out of your mouth, or the “send” or “post” button is clicked. Remember that behind every tweet and comment is another real, and flawed, human being like you. Sometimes, that person might even agree with 95% of what you believe. Is the 5% worth that stinging tweet? That posted retort? Is it worth destroying a relationship over?

Remember, the 12 year olds are watching.