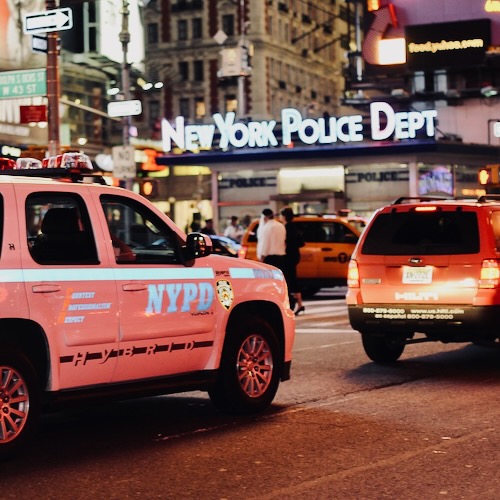 Progressive politicians in New York City don’t want their constituents to call the police. They say that even as a veteran paramedic was murdered in broad daylight in their district.

Allison Russo-Elling was just six months away from retirement of a long distinguished career that included her role as a first responder during and after 9/11. The attack was unprovoked.

The long-time paramedic was on her lunch break Thursday afternoon when Zisopoulos suddenly tore after her, slammed her to the ground, mounted her and relentlessly stabbed her, according to police sources and sickening video of the deadly attack.

The 25-year veteran, who was a World Trade Center responder on Sept. 11, 2001, was rushed to Mount Sinai Hospital in critical condition but could not be saved, police said.

Keep in mind, this is a city whose so-called leadership refuses to recognize that there is a major crime problem. Women have been repeatedly attacked on the subways and no longer feel safe, yet the police are being hamstrung by Adams’ policies. Meanwhile activist DA’s such as Alvin Bragg willingly lets criminals walk scot free. No bail, not even ankle bracelets. Which has led to cases where those same criminals have then committed even worse crimes.

But now, in the wake of a decorated veteran EMS Lieutenant, we find out that the progressive politicians elected to serve her district have advocated for their constituents to NOT CALL THE POLICE. Yes, they went there.

Veteran EMT’s are getting stabbed to death on the streets and you are advising civilians to NOT call authorities? Shameful.

Here’s how to respond to a “challenge” according to Councilwoman Tiffany Caban and Assemblyman Zorhan Mamdani:

The guide from the two Democrats urges small business owners to dial 311, seek mental health services for people with mental illnesses, and engage in “community mediation” instead of calling 911 to summon the police when there is trouble in many cases.

It also advises merchants to “give the person causing harm the chance to correct their behavior” before seeking intervention.

This wants me to break things. Good people have been injured and now killed, and what do progressive politicians want their constituents to do when someone is being stabbed to death? Calmly ask them to “please stop.” Let’s freaking hand them a tissue and a Starbucks gift card as a bribe to get them to stop. What could possibly go wrong?? Oh wait, NOW WE KNOW.

To hell with that! A call to the police is the first damned thing I’d do! Do I know what I’d do if faced with that situation in real life? I can only speculate, but I would hope that I’d try to get others to help get the maniac stopped, or find a studded 2X4 and clock the maniac upside the head.

This shouldn’t have happened, but progressive politics are giving criminals free rein. Which led to Russo’s death.

Russo “was the mother hen of the station,” colleagues said after bunting was raised outside EMS Station 49 in Astoria, Queens. “She was always looking out for everybody. She was always there.”

“In one moment, just a short time away from her planned retirement, in one moment a lifetime of work came crashing to an end,” Chief of EMS Lillian Bonsignore said.

Councilwoman Tiffany Caban wants her constituents to figure how to provide a safer, healthier district.

The crime victims in NYC and all the other progressive cities around the country are endangered because of the progressives who insist all police are bad and believe that hand-holding and make-shift therapy sessions while the crime is in progress will fix everything.

Giana Cerbone, owner of Manducatis Rustica restaurant on Vernon Boulevard in Long Island City said: “Are you kidding me?!… Who does she want us to call, Ghostbusters [reference to 1984 comedy film].?!”

“Look at the EMS worker who was killed. It’s a disgrace. We have to start working with the police department, not against it. We want to build a community not destroy it and the police have to be part of that,” said Cerbone, who is a business liaison to the 108th police precinct.

It didn’t and it won’t. No one deserves to suffer the consequences of injury or death due to progressive politicians weak on crime policies, yet that is what is happening in New York and around the country.

This woman was murdered in broad daylight while on duty in NYC. That’s an important part of the story. https://t.co/9nTJ1ahQ9l https://t.co/9KNIJvwGZk

Say Her Name: Allison Russo-Elling. Thank you ma’am for your service. We honor you.