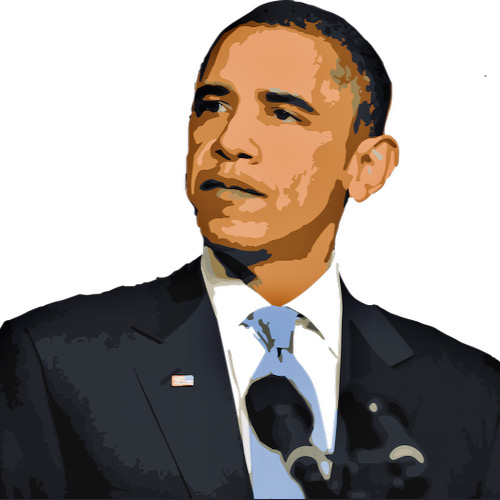 According to Obama, all school issues are “phony trumped-up culture wars.” Ginned up by all Republicans and deplorable parents.

Former President @BarackObama: "We don't have time to be wasted on these phony trumped-up culture wars, this fake outrage, the right-wing media's pedals to juice their ratings." pic.twitter.com/bmMnet8q5X

Oh are you freaking kidding me?? This is how Obama decides to campaign for Terry McAuliffe? By slamming Virginia voters who’ve realized there are major, and I mean MAJOR issues within Virginia schools? Evidently so.

“As far as I can tell, the big message of Terry’s opponent is that he’s a regular guy because he wears fleece and he’s accusing schools of brainwashing our kids,” Obama said. “He’s also said he wanted to audit the voting machines used in the last presidential election again. Really? Encouraging the lies and conspiracy theories that we’ve had to live through all this time? And yet we’re supposed to believe he’s going to stand up for our Democracy?”

A slam about a guy wearing fleece from former President Mom-Jeans?? Wow. That’s all he’s got?

Let’s delve into his commentary. Specifically that about schools and kids. Whether Obama wants to admit it or not, and no matter all of Terry McAuliffe’s scrambling, Virginia schools have been engaged in promoting and pushing Critical Race Theory in the classroom. There are MULTIPLE examples of this. Multiple times ten for sure.

In Alexandria, a page on the Alexandria City Public Schools website promotes resources including “How To Be An Antiracist” by Ibram X. Kendi, “White Fragility” by Robin DiAngelo, “White Rage” by Carol Anderson, and “White Teachers Need Anti-Racist Therapy” and “Why Teaching Grit Is Inherently Anti-Black” by Bettina Love.

Furthermore, as noted here, there are a plethora of examples of how Critical Race Theory being inserted into our schools. All to the detriment of kids education. The very same education that Terry McAuliffe grandly announced that parents have zero right to be concerned about.

Yet here is Obama lecturing Virginia voters on the fact that all of this parental concern is a vast right wing conspiracy.

All those Virginia deplorable parents take note, your issues with your children’s education will have you labeled as people engaged in brainwashing and domestic terrorism.

Well, Obama. Let’s have a chat shall we? School is in session. You were stumping in Virginia. Want to discuss all the issues in Loudon County? Not only is Critical Race Theory being shoved down those kids throats, that district and THAT BOARD have been engaged in a cover up of sexual assaults by transgenders against girls.

While Obama was blasting all the right wing deplorable parents for DARING to call their schools and school boards on the carpet, did he think about the issues of sexual assault in those schools? Nope, nothing to see here, move along.

Schools cover up sexual assault. That’s not trumped up. That’s not culture war. That’s a dereliction of public duty. The failure to address it is a failure of leadership. Saying otherwise is a deflection.

Obama is here to INFORM us that anyone questioning our schools, anyone daring to speak up at school board meetings are just making shit up. That is SO not the case Mr. former President Gaslighter.

The Loudoun County Public Schools superintendent sent an email on May 28 alerting school board members that a sexual assault had been reported. The email came on the same day as the alleged sexual assault that captured the attention of national media earlier this month.

“The purpose of this email is to provide you with information regarding an incident that occurred at Stone Bridge HS,” Superintendent Scott Ziegler said in the email. “This afternoon a female student alleged that a male student sexually assaulted her in the restroom.”

Yet, mere weeks later, the PARENT of that student was at the school board meeting where the board and the Superintendent announced there were no such incidents on record!

Not only is the former lightbringer gaslighter President doing his best to get Virginia voters to ignore the very REAL issues in Virginia classrooms, he’s also hoping that Virginia voters don’t know that the National School Board Association totally walked back their ‘parents are domestic terrorists’ stance after parents and multiple school boards took exception.

Breaking: In the wake of yesterday's @FreeBeacon report, National School Board Association announces "we regret and apologize for the letter" to Biden admin characterizing concerned parents as potentially domestic terrorists pic.twitter.com/3RBufvWqAN

Yet it is instances like this that Obama has labeled as “phony trumped-up culture wars.” Full disclosure folks, Obama is telling ALL Americans that we don’t have a voice. We aren’t allowed to speak up on behalf of our kids. Terry McAuliffe said that part very loudly and Obama, today, tried to gaslight us all into believing that our voice doesn’t matter because ‘nothing to see here, move along.’