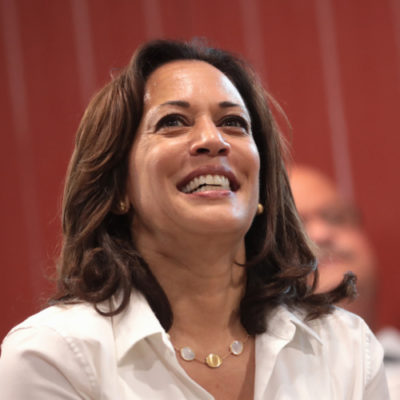 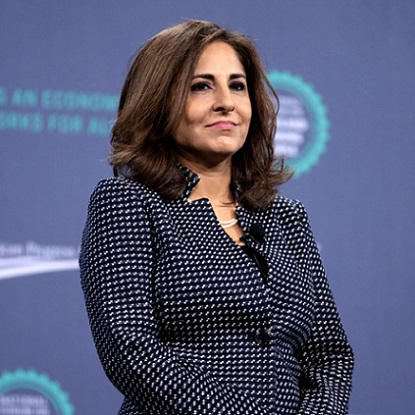 Team Biden is busy announcing their choices for their potential administration, and trying to make the Swamp happy by getting the Obama band back together.

Nothing says “revolving door” like bringing Jen Psaki, former Obama communications director and flack, who cooled her heels for the last four years at CNN as a “contributor,” back as White House press secretary. It says a lot when you can go from government to media, and back to government, without anyone in the media blinking an eye. After all, if George Stephanopoulos can be taken “seriously” as an “unbiased” anchor, anything is possible!

But sometimes, not even liberal credentials and a compliant media can offer protection from a likely disaster brewing. This is what may be heading for one Neera Tanden, currently the head of the liberal think tank Center for American Progress (CAP) – and reportedly Joe Biden’s choice to head the Office of Management and Budget. She is yet another Obama retread, having been a domestic policy advisor for the Obama campaign. But she is not a popular person on either right or left, and if the current sentiment stands, her Senate confirmation is not a sure bet – on either side of the aisle.

First of all, Neera Tanden tends to let herself mouth off. Now, after four years of President Trump, you would think that the left would be desensitized to that. Well, no, not when she’s ripped both the right and the left. She once was a little too honest in an interview and said that Barack Obama “really doesn’t like people.” She had to issue an apology over Twitter for that one. Neera Tanden also has a running feud with Bernie Sanders for pointing out – and making an ad through CAP’s former news venture ThinkProgress – that Bernie was quite a rich man whose targets had shifted since getting rich.

While some are brushing off the idea that Bernie would make waves during a Senate confirmation hearing, others aren’t so sure, and Bernie’s own former press secretary is not sounding like bygones are bygones.

To foster unity, Biden taps Republicans and Neera Tanden, a woman who is openly disdainful of Bernie Sanders and his coalition, but who is friendly with extreme bigots online. pic.twitter.com/PhoETbzYGn

And then there was that small problem when Neera Tanden was accused of trying to gloss over a sexual harassment charge at CAP and the following retaliation against the accuser, which was uncovered by Buzzfeed. When that report broke in April 2018, Neera Tanden compounded her problems by actually identifying the accuser during a staff meeting.

But during the meeting Wednesday afternoon, Tanden named the anonymous victim at the center that story — a revelation that a CAP spokesperson said was unintentional — and what began as a tense meeting became what three staffers in the room described as a textbook example of the organization’s failures to appropriately handle sexual harassment cases.”

“There is literally one thing you cannot do in this meeting and that is out the victim and Neera did it multiple times…It also destroys whatever small level of confidence in the system remained,” one CAP employee who was in the room said in a text to BuzzFeed News. “As a manager I don’t know how I can tell staff to trust the system when the head of the organization just outed the victim in front of the entire organization. It is impossible to trust her.”

That Tanden kept her job at CAP, and apparently was able to avoid any severe consequences, says a whole lot about the liberal committment to #MeToo (which we all know they killed for their own purposes).

Finally, there is that small problem that to be the head of the Office of Management and Budget, you have to be confirmed by the Senate. Having a spat over liberal bona fides with Bernie Sanders is one thing. Repeatedly insulting Republican senators over Twitter is quite another. Apparently, those watching Twitter have noticed that Neera Tanden has been going through and deleting quite a few things, but screenshots are forever.

.@neeratanden appears to have deleted her tweets about Susan Collins, whose vote she'll likely need for confirmation.
h/t @varadmehta pic.twitter.com/atwonFCaMb

Senator John Cornyn’s spokesman seemed quite confident that Neera Tanden would not be confirmed.

Neera Tanden, who has an endless stream of disparaging comments about the Republican Senators’ whose votes she’ll need, stands zero chance of being confirmed. https://t.co/f6Ewi6OMQR

Given her talent for making friends on both sides of the aisle, and the fact that she would need a bare majority of 51 votes to be confirmed to head OMB, this does feel like a disaster in the making. Even if Bernie Sanders can be “convinced” to go along with Tanden’s nomination, everything still hinges on the Democrats getting at least one seat in Georgia in order to force Kamala Harris to be the tiebreaker.

Somehow, I don’t think Neera Tanden should be feeling confident enough to be picking out new decor for her OMB office just yet.