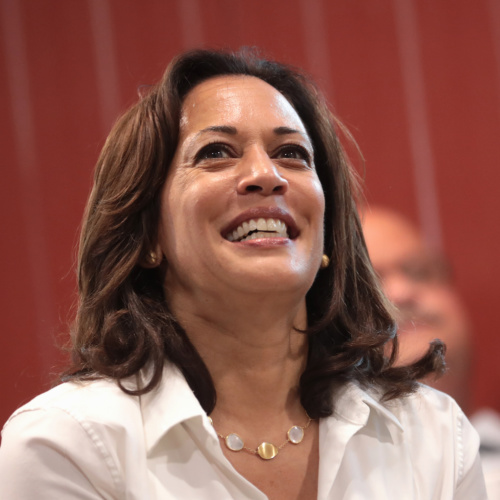 Multiple media organizations are reporting that former Vice President (and Pretender to the Office of President) Joe Biden has hurt his ankle and will be seen by an orthopedic surgeon. The Democrat Media Industrial Complex is doing a two-fisted clutcher, hearts and pearls. Kamala Harris is preparing to be the Pretender to the Pretender of the Office of President of the United States. This is precisely the moment that Kamala has been praying for since she first met Willie Brown.

Biden was playing with his rescue dog, Major. According to BuzzFeed News:

President-elect Joe Biden is being assessed by an orthopedic doctor on Sunday after hurting his ankle while playing with his dog Major.

Biden was playing with Major on Saturday when he slipped and twisted his ankle, according to his transition team.

“Out of an abundance of caution, he will be examined this afternoon by an orthopedist,” his team said, per a pool report from The Philadelphia Inquirer’s Jonathan Tamari.

On Sunday, Biden was taken to Delaware Orthopaedic Specialists in Newark, Delaware shortly after 4 p.m.

CBS News reported on the ankle injury, and added that Biden has selected the thoroughly unlike Kate Bedingfield for White House Communications (Please, God, no.):

The Democrat Media Industrial Complex is clutching both pearls and hearts because Old Joe has to make it across the finish line of noon on January 20, 2021, in order for them to crown Kamala our Queen. And, just to show how the Soviet style of media is going to work, the press pool were kept in their vans and not allowed to view Old Joe walking (being carried) in to the Orthopedic Center.

No video of President-elect Biden walking into Delaware Orthopaedic Specialists as the Pool is not being allowed to leave the vans, and transition won’t answer any further questions.

Right now, it looks like the ankle is just sprained. Good thing, because anesthesia is not recommended for the elderly, frail, dementia patients.

So, while Kamala is mentally picking out her coronation outfits, the Biden team is busy too. They are installing grab bars all over the basement. Major, the rescue dog is being sent out to train to become a service dog for his elderly owner. You know, I am kidding, right?

In reality, Joe’s ankle is the least of the nation’s problems. I spoke with the woman who gave birth to me tonight. She said I would just have to suck it up and deal with Biden as President just as she did with President Trump. She’s a little older than Joe so I am going to let that one slide.

Pray for our Nation. Pray for the Supreme Court and pray that the truth about the 2020 Presidential Election becomes known. Our nation cannot survive Joe or Kamala.