Next post
Iran Is Vulnerable And Needs Savior Joe Biden 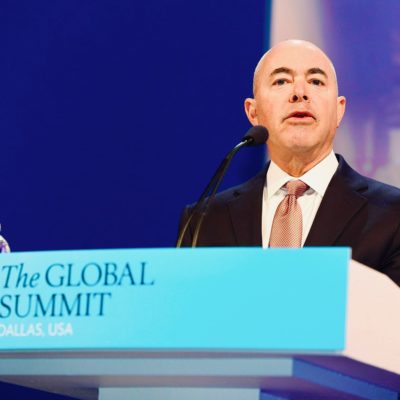 Biden’s DHS pick, Alejandro Mayorkas, has a problematic past involving his work on the EB-5 visa and green card programs.

In 2013, Mayorkas was Obama’s choice for the number 2 slot at DHS. However, even as he was facing the Senate confirmation hearings, Republicans were objecting. Why? Because he was under investigation by the Inspector General’s office for how he was handling the EB-5 visa program at USCIS.

The EB-5 program is such that a foreign investor can come in and invest $500K to $1million in projects that provide jobs and infrastructure benefitting American citizens. Well, per the accounts, it seems there was some favoritism at play here.

“The email to lawmakers said the primary complaint against Mayorkas was that he helped a financing company run by Anthony Rodham, a brother of Hillary Rodham Clinton, to win approval for an investor visa, even after the application was denied and an appeal was rejected.

Mayorkas, a former U.S. attorney in California, previously came under criticism for his involvement in the commutation by President Bill Clinton of the prison sentence of the son of a Democratic Party donor.

Another of Hillary Clinton’s brothers, Hugh Rodham, had been hired by the donor to lobby for the commutation.

Mayorkas told lawmakers during his 2009 confirmation hearing that ‘it was a mistake’ to talk to the White House about the request.”

Who was Secretary of State from 2009-2013? Hillary “SHE LOST!” Clinton. By the way, that convicted drug dealer, Carlos Vignali? Bill Clinton pardoned him, even as Mayorkas and the Clintons knew that Vignali’s father was ALSO a drug dealer.

Oh, but there is more to this than just the Clinton family connection.

“The Inspector General report released Tuesday said investigators had interviewed 15 whistleblowers, a group that included “very senior” department officials and attorneys “who each had direct contact with Mr. Mayorkas and were in a position to witness the events.”

“Each conveyed the same factual scenario,” the report said. “Certain applicants and stakeholders received preferential access to DHS leadership and preferential treatment in either the handling of their application or petition or regarding the merits of the application or petition… Many witnesses provided emails, written contemporaneously with the events, to support their allegations of special access and treatment.””

Turns out that Clinton pal Terry McAuliffe and Harry Reid both lobbied for their favorites to get EB-5 approval. Harry for a casino, because of course, and Terry for an electric car company that also had one of Hillary’s brothers on the board.

According to the IG report, it was well documented that Mayorkas directly intervened in specific EB-5 visa applications, and in one instance, had to be talked out of rewriting an application to ensure it would be approved.

Now, Joe Biden has brought Alejandro Mayorkas back, and wants him to run the entire Department of Homeland Security. The media is ignoring the past in favor of cheerleading for Mayorkas.

“Alejandro Mayorkas, the first Latino chosen for President-elect Joe Biden’s Cabinet, will head a Department of Homeland Security that is expected to drastically overhaul President Donald Trump’s hard-line immigration policies, as well as put Mayorkas at the forefront of the new administration’s anti-terrorism strategy.

Mayorkas will be the first Latino and first immigrant to head the Department of Homeland Security, if confirmed by the Senate. The highest-ranking Cuban American in the Obama administration, Mayorkas was deputy secretary of DHS under then-Secretary Jeh Johnson, and before that was the director of Citizenship and Immigration Services, a part of DHS that oversees granting citizenship and other immigration benefits.”

Wow. That sure checked all the politically correct boxes now didn’t it??! Never mind that he left the EB-5 program in shambles while ensuring EB-5 visa applications were granted, even if those applications, many of whom were from Chinese investors, were chock full of red flags.

Mayorkas has been the front runner for DHS mainly because, sources say, the incoming administration wants someone with immigration experience (rather than legal, cyber, intel, management, etc) due to the large amount of work to be done in untangling Trump’s immigration legacy.

A lot of familiar faces on that new retread team, including John Kerry, who will supposedly save us all from the vast dangers of climate change.

Supposedly this new team will bring “fresh thinking” to bear on our national security and foreign policy issues. I guess this kind of thinking can only happen with former Obama officials taking high ranking Cabinet positions in the Biden Administration.

Tom Cotton isn’t a fan of this new team, and sent up a red flag warning concerning Mayorkas and his EB-5 green card problem.

Alejandro Mayorkas was found by Barack Obama’s Inspector General to be guilty of selling Green Cards to Chinese nationals on behalf of rich, democratic donors.

He is disqualified from leading the Department of Homeland Security. pic.twitter.com/8XsPdvn30G

Never mind. The newly rebooted Biden Administration is a refreshing return to the Obama normal. Problems, corruption, and the Deep State are back. Ethical and favoritism problems? Nothing to see here, move along. 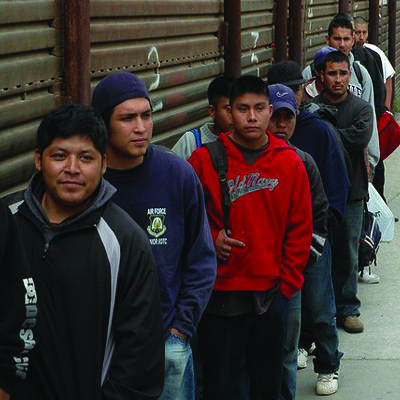