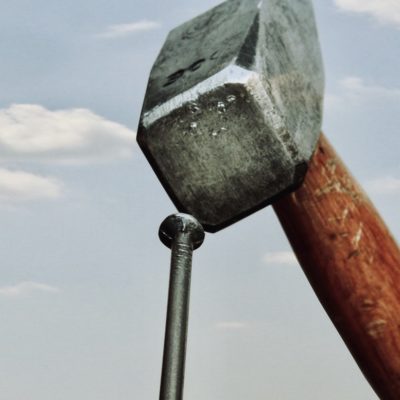 Previous post
Michigan Governor Uses Her SledgeHammer To Ban Everything

The New York Times made themselves judge, prosecutor, defense counsel, and jury, and has now cleared Joe Biden of all sexual assault allegations against him. How very convenient!!!

After all, the Times couldn’t possibly have an ulterior motive in attempting to disprove any allegations against Biden. *cough*

If you haven’t been following the story – and there has been a mainstream media blackout on it, so little wonder – a former Senate staffer, Tara Reade, accused Joe Biden of sexually assaulting her in 1993. Now, given the media’s absolute dogged chasing of any accusation against a prominent, powerful man in the #MeToo era – say, a Supreme Court nominee – you would think that an accusation against the de facto Democrat nominee for president would trigger at least some modicum of interest.

Nope. When the story broke in The Hill, only more “right-leaning” outlets were willing to examine Reade’s story and discuss it. The Biden campaign was able to dodge the story because no major media outlet that they talked to would even dare mention it. That supposed champion of the “Believe All Women” movement, Alyssa Milano, suddenly had a new appreciation for “due process” when it was HER candidate under scrutiny (and she got righteously dragged for her hypocrisy). Biden campaign manager Symone D. Sanders “spotaneously” cleaned up her Twitter timeline of any Brett Kavanaugh commentary. The lack of discussion by the media, who would have been ALL OVER THIS if the accused was on the other side of the aisle, did not go unnoticed by The Hill.

Well, the New York Times decided to have a looky-loo at Tara Reade and her story. And while they admit that there is more support for her story than there was for, oh, say, Christine Blasey Ford’s story, they just can’t admit that there’s any “there” there.

A friend said that Ms. Reade told her about the alleged assault at the time, in 1993. A second friend recalled Ms. Reade telling her in 2008. Ms. Reade said she also told her brother, who has confirmed parts of her account publicly and her mother, who has since died. https://t.co/73gWGt5Y4x

Ergo, Biden is in the clear of any and all charges against him, because the venerable NYT couldn’t find anything! Case closed! Except that they first acknowledged that Biden has made women “uncomfortable” (and that they’ve spoken up about it). But don’t worry, they edited that part out of the story and deleted their first tweet about it!

Too bad the internet is forever, and people keep the receipts, huh?

But you know who the NYT is really concerned about?

Tara Reade has now filed a police report with the Washington Metropolitan Police Department regarding her alleged assault by Joe Biden (which is more than any accuser did against Brett Kavanaugh). That alone should garner some attention from the press, who you would think would now be mildly curious enough to ask Biden some questions. But this NYT “story” is designed to give Biden, his campaign, and the press all the cover it needs. If any reporter dares ask Biden about Reade’s complaint, how much do you want to bet he says, “Well, the New York Times covered it and said they couldn’t find anything, so you’re just looking for dirt!” or something like that. The same class of “journalist” who went digging through Brett Kavanaugh’s life in order to make sure they didn’t miss a thing, is now giving Joe Biden a level of deference that they haven’t handed out since the alleged assailant had the last name Clinton.

To the media, “Believe All Women” really means “believe only the women who accuse people we don’t like,” and that some claims of sexual assault are more “equal” than others.