Next post
Jennifer Psaki Has A Problem With Truthfulness 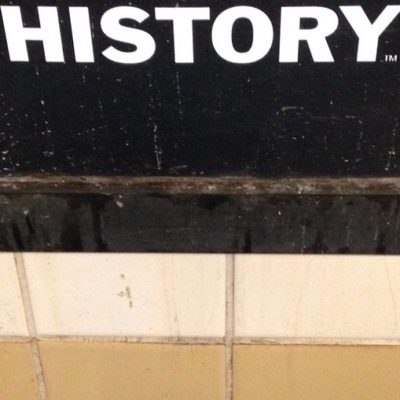 Dorothy Day wasn’t your typical socialist radical, you see. Even though she wrote for Marxist publications, Day was a devout Catholic. Day was also the co-founder of the Catholic Worker movement. Day, herself, came from a Conservative, Republican family. She interviewed Leon Trotsky (teen girls are a-swooning now), got knocked-up by the ex-boyfriend of fellow anarchist, Emma Goldman (and had an abortion) but still held on to her Catholic Faith.

Day didn’t come from a family of really wealthy or privileged means, but in college and as a younger adult, she started to write and she felt like she could contribute by writing articles for different left-of-center publications dedicated to social justice.”-Vaneesa Cook, Spiritual Socialists: Religion and The American Left.

If Day were a white girl going to college in 1914, one might just say she was one of the privileged. A little family history for you-my great-grandparents who were teenagers then were not in college. They came off the boat and were selling fruits and vegetables in what is now Little Italy. Just throwing that out there. Day converted to Catholicism at the age of 30 and was drawn to helping the poor and marginalized. From The Catholic Worker Movement’s mission:

Grounded in a firm belief in the God-given dignity of every human person, their movement was committed to nonviolence, voluntary poverty, and the Works of Mercy as a way of life. It wasn’t long before Dorothy and Peter were putting their beliefs into action, opening a “house of hospitality” where the homeless, the hungry, and the forsaken would always be welcome.”

Even Pope Francis wants Dorothy Day to be a saint! (Of course he does). And while caring for the poor, the marginalized, the widow and the orphan is not at all a bad premise, Teen Vogue wants to emphasize the wrong aspects of this type of charitable behavior to its young readers who think anarchy is lit. This charitable behavior, in Teen Vogue‘s opinion, cancels out and justifies radical socialism. After all, you cannot be a Conservative Republican and want to help the poor and marginalized. You have to become radicalized to actually do it right. See? Dorothy departed from her parents’ Conservative political ideologies. In fact, Teen Vogue completely glosses over Day’s thoughts on government programs:

[Day believed] government programs, while they might be necessary and very useful, they’re not a substitute for the dignity that she was saying was essential for humans to give to one another.”-Sharon Erickson Nepstad, Catholic Social Activism: Progressive Movements in the United States

Government programs are not the be all, end all, according to Day. Was Dorothy Day was a part of early, radical progressivism with sit-ins and protests advocating for government programs? Yes. Look at this leaflet produced by day and the Catholic Worker’s Movement. Fear is now the American way of life, says the leaflet.

And history does repeat. Ironic, if you ask me, Fear of racial tensions. Fear of catching a virus. Fear of a certain political party. Fear of climate change. Fear, fear and more fear. Teen Vogue blissfully ignores the radical left, the progressives, the left-leaning media of which they are a part, grasping onto this fear and capitalizing on it. Young people’s ticket to survival? The blue Kool-Aid. Joe Biden and Kamala Harris. Free education, free housing, free everything, full dependency on government and a world full of people who think the very same way.

The problem with Teen Vogue and other left-leaning publications in their attempt to educate our young people, is the lack of emphasis on the important.

“Day looked upon American society as a monumentally ego-driven society…. Most of her life was spent in trying to figure out how to get away from that sense of ego.”-John Loughery

And there it is. As we look around, we can see these displays of ego in our political arenas, in our media, in our entertainment industry, in our workplaces and yes, sadly, in the religious realm. These organizations don’t look to the “least of these”. Not at all. Career politicians don’t care about the jobless, the hungry. Our media is filled with talking heads who repeat the popular opinion verbatim. Our entertainment industry is full of pseudo-intellectual twits who make more money than they know what to do with, throw their noses in the air, threaten to move to Europe because our attitude here sucks and really have no idea what it is like to be homeless and poor in middle America (but they’ll tell them who to vote for). Our workplaces are divided into political factions. And let’s not forget some of our churches whose pastors want to imitate the celebrities, who sport designer shoes, lavish homes, private jets, luxury cars, all while they tell attendees to dig deeper into their pockets to build the kingdom for Christ on a stage with state-of-the-art lighting and sound equipment (gotta look good for those Instagram photos). No “voluntary poverty” there. No wonder society has been turned off of Christianity!

While Teen Vogue should give history lessons on the ego (and its utter destruction) and how Dorothy Day sought to combat this epidemic, their writers chose to focus on the history of Day as a well-known “Marxist”, a “radical”. Ooo and ahh-she had an abortion and hung out with Leon Trotsky. She was a socialist and only good socialists who fall in line can be good humanitarians. Only these humanitarians are part of history.

If Teen Vogue is looking to inspire young women to a life of believing in the God-given dignity of every human person, nonviolence and the Works of Mercy perhaps they should be telling these young girls that calling someone names because their political ideology differs from theirs is not a good move. And speaking of God-given dignity, what about the dignity of the unborn? More on acknowledging this God-given dignity:

Perhaps Teen Vogue should also emphasize that riots are not “peaceful protests”. And while I’m on a roll here, Teen Vogue should also suggest that Works of Mercy are not a free, four-year stay at a university for a useless political science/community organizing degree fully-funded off the backs of the hard-working “peasants”. Thus, Teen Vogue ignores a few basic life lessons that could have been taught by pointing out the history behind the oh-so-radical, socialist, anarchist Dorothy Day.