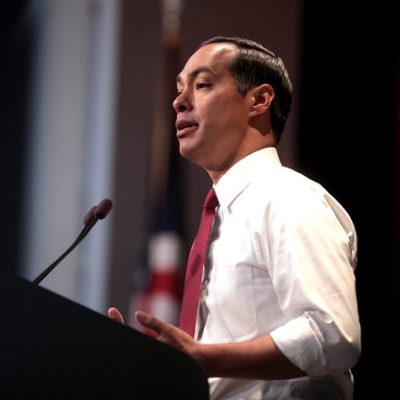 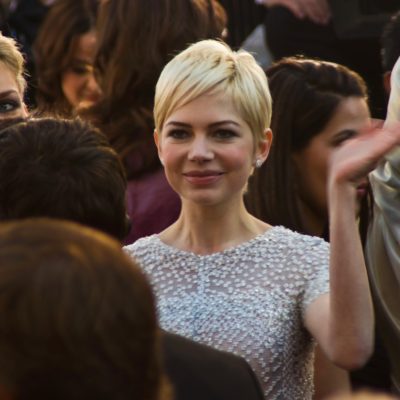 Just when we thought the Golden Globes were actually going to be entertaining with the commentary of Ricky Gervais, enter the virtue-signaling. In our hearts, we knew it wouldn’t be long before some sanctimonious actor got up and preached from the pulpit of self-gratification. Enter Michelle Williams.

The evening was a star-studded affair complete with an all-vegan menu. The chilled golden beet soup and King Oyster mushroom “scallops” were entirely plant-based and allowed our brighter and betters to eat “consciously” and feel better about boarding private jets and hitching rides in gas-guzzling limos to the event. Michelle Williams, taking home the award for Fosse/Verdon, dined on her vegan meal and “championed”, according to People magazine, a woman’s right to choose.

I’ve tried my very best to live a life of my own making and not just a series of events that happened to me, but one that I can stand back and look at and recognize my handwriting all over. Sometimes, messy and scrawling, sometimes careful and precise. But one that I had carved with my own hand, and I wouldn’t have been able to do this without employing a woman’s right to choose. To choose when to have my children and with whom, when I felt supported and able to balance our lives, knowing, as all mothers know, the scales must and will tip towards our children. Now, I know my choices might look different than yours, but thank God, or whomever you pray to, that we live in a country founded on the principle that I am free to live by my faith and you are free to live by yours.”-Michelle Williams

At least she acknowledged God. And, Williams’ premise of living by faith and acknowledging our freedoms to do so is not entirely wrong. Williams has two children and is pregnant with her third. Her acceptance speech prompted Busy Phillips and her posse to start bawling crocodile tears and was met with loud applause. After all, we want a country that looks more like them, right?

Ricky Gervais’ line that they had less schooling than Greta Thunberg was put to the test and Patricia Arquette and Michelle Williams delivered. He deserves a Golden Globe for his performance.

Williams left school at 15 to pursue a career in acting. Of course, she’s got messy and scrawling and careful and precise handwriting “on the wall”—all by her own hand—but all of that wouldn’t have been possible without abortion-oops-we mean a woman’s right to choose. When asked about the “bold” statement she made in a backstage interview afterwards, after a few very awkward pauses and faux “hellos” and niceties, Williams said this:

I have been by nature, a shy person, but I’m about to turn 40 and I realized that over a great span of time I’ve become more strong and I’ve become more able and I’ve found my voice and I want to be able to use it. I also feel like at this age and where I am in my life, I have so much to give and it would be negligent of me to not try from this position to hand back everything that was handed over to me.”-Michelle Williams

Isn’t it ironic Michelle Williams is talking about having a voice and being “strong” whilst wearing a maternity gown but promoting abortion? She does not want to be “negligent” in her opportunity to use her voice in promoting good (snicker). I can agree that most women DO find their voices at 40. Or, perhaps we just stop giving a rat’s ass what others tend to think of us. But as a conservative woman, you know who gave me the loudest voice? My child. You know who gave me my strength? My child. You know what I found strength in before this? My ability as a logical human being, a logical woman even, to not get myself into a situation that would be potentially cumbersome for me or would cause harm to anyone around me, however small and “insignificant”. Those decisions did not involve me playing God with lives of any voiceless, tiny humans or “tiny clumps of cells”.

When female celebrities advocate for abortion, claiming a woman “NEEDS the choice” to kill her child in order to succeed, they’re telling young girls they can’t be equal to men without killing someone innocent. That’s not empowerment. That’s not true equality.

Not sure which rock Michelle Williams crawled out from under, but last we checked, as women, we are allowed to vote and have been in control of our our bodies for quite some time now. My vote cast in 2016 was my own. “The man” did not force me in any decision. I know my vote did not resemble Michelle’s or most of the Hollywood zombies for that matter. Williams claims to want a world that looks a lot less like, uh..the patriarchy, I’m guessing? Williams’ claims that her “right to choose” enabled her to pursue a career in a shallow, vapid industry. Her “right to choose” afforded her the opportunity to have a “voice” at 40, stand up on a stage in an expensive gown and pat herself and her fellow actors on the back for making the same selfish decisions she has made and justifying them. She wants our votes to look more like them? Cold beet soup, nose jobs, Botox, fillers and lobotomies for all!