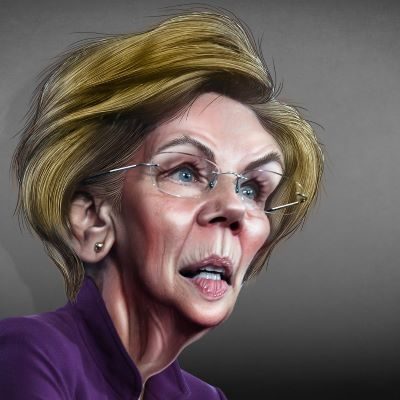 Next post
Michelle Williams: Vapid Hollywood At Its Finest

The rich and pretty people of Hollywood were made to feel bad, and this is a terrible, unfunny thing, according to the media. Ricky Gervais dared to poke a finger in their eye, and the tsk-tsking is hilarious.

The Golden Globes awards ceremony is put on by the Hollywood Foriegn Press Association, and comedian and free speech advocate Ricky Gervais was hosting. Gervais has not been shy on Twitter about how he doesn’t care if people are offended by his jokes – or really, by anything he says – and he put that to the test last night by walking into the lion’s den and mocking the Hollywood elite straight to their faces.

The opening monologue was simply amazing and worth the eight minutes of your time.

In one moment which shocked the stars in the crowd, Gervais makes a pointed remark about the death of pedophile billionaire Jeffrey Epstein.”

He said: “[Netflix series Afterlife] is a show about a man who wants to kill himself …. Spoiler alert, season two is on the way so he didn’t kill himself…just like Jeffrey Epstein.”

As the audience gasped, he doubled down on the remarks, saying: “Shut up. I know he’s your friend, but I don’t care.”

He blasted: “You say you’re woke, but the companies you work for are unbelievable. Apple, Amazon, Disney – If ISIS started a streaming service you’d call your agent wouldn’t you.”

“So if you do win an award tonight don’t use it as a platform to make a political speech. You’re in no position to lecture the public about anything.”

“You know nothing about the real world. Most of you spent less time in school than Greta Thunberg.”

“So if you win, come up, accept your little award, thank your agent and your god and then f**k off.”

And you can tell just how amazing it was by the overreaction in the media. How DARE Gervais make fun of the rich and famous! How DARE he tell them that their opinions are worthless and they should just accept their awards and move on! The think pieces are trickling in about how mean and unfunny Gervais was – which means that he hit the elites right in the kisser. Deadline claimed Gervais “floundered.” Vox was especially peeved and decided to bring up all those times that Gervais was meeeeeeeeean. Slate tried to self-righteously sort the tweets (and called the Greta Thunberg crack a “swing and a miss” – yeah, right!).

The best part about Gervais and the opening monologue was that Hollywood then completely proved him right. Enter Patricia Arquette, who decided to roll Trump tweeting about Iran and the Australian wildfires into one big ball of crazy, and then asked people to “go vote.” I had no idea that voting in the 2020 United States presidential elections was going to fight wildfires in Australia.

Someone didn’t get the memo from Ricky Gervais pic.twitter.com/OzShQ4JANU

So much for just taking the award quietly. Michelle Williams, who once whined about “equal pay” because she had a terrible agent who didn’t make sure that reshoots were covered in her contract, got up to promote… abortion. Because nothing says “I have an important opinion and you should listen to me” like someone who left high school for Hollywood and got legally emancipated from her parents at 15. Yep.

Ricky Gervais: "Most of you spent less time in school than Greta Thunberg. So, if you win, come up, accept your little award, thank your agent and your G-d and <bleep> off. OK?”

Michelle Williams, who left school at 15 to act: pic.twitter.com/J61KxjT7Ro

Talk about oblivious. And how ghoulish must one be to talk about her “right to choose” while she is currently pregnant? How comforting to know that if this pregnancy gets in the way of her career, her career will come first so that she can have the life SHE wants. These are our betters in Hollywood who deign to condescend their advice to us!

But Ricky Gervais had the final word on this night.

“…Bird Box, a movie where people survive by acting like they don’t see a thing, so like working for Harvey Weinstein…”pic.twitter.com/Y4ENzMpte3

We all know that one is dead-on true.

So congratulations to Ricky Gervais, the last honest person who will ever host the Golden Globes, for knowing that his real audience was not the rich and famous and gussied up crowd in front of him, but the average person at home who simply wants to laugh a little and knows that these Hollywood types are full of crap. It’s really too bad that he already announced he won’t be hosting again. More people would tune in if Hollywood could just take the time to look in a mirror and be honest about how worthless these award shows really are.