Next post
White Liberal Women And Their Sick Abortion Worship 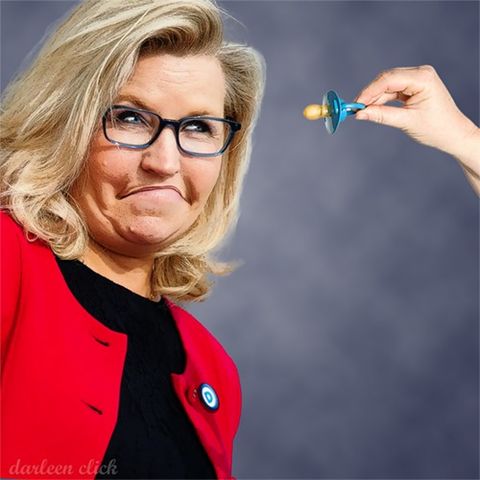 Liz Cheney’s Trump obsession has now led her to declare she’s a Democrat.

“I certainly will do whatever it takes to make sure Donald Trump isn’t anywhere close to the Oval Office,” Cheney said during the closing night of The Texas Tribune Festival.

Cheney, who lost to a Republican primary challenger in August but will continue as vice chair of the House Jan. 6 Committee until she leaves office in January, said she continues to identify as a Republican, celebrating the legacy of the likes of Ronald Reagan and Dwight D. Eisenhower.

But she said she would no longer be a Republican if Trump gets the party’s nomination in 2024.

“I’m going to make sure Donald Trump, make sure he’s not the nominee,” Cheney said. “And if he is the nominee, I won’t be a Republican.”

As we’ve said before, Liz stopped being a Republican after January 6. She’s so utterly obsessed with Trump and everything he did, said, or didn’t do in the days up to and after January 6, that she’s ignored what her own constituents needed. So much so that she had her ass handed to her in the primary, losing to Harriet Hageman by an unheard of 40 point spread.

She’s such a staunch conservative Republican that even she won’t call out Democrats for their hateful and divisive rhetoric. You know, like the divisive rhetoric Joe Biden displayed during that awful speech in Philadelphia.

Is she on record or even on Twitter condemning that execrable speech? No.

Will she call out Hillary for declaring that the deplorables of this country have now morphed into Nazis? The ones that are Trump supporters supposedly are according to Hillary.

Of course Liz won’t. Her Trump obsession is so bad, she strolls around with it like it’s a binky she just can’t quit. So much so that she ignores very real violence inflicted by rioters, looters, and unhinged people against people and businesses around the country for the last 2 1/2 years.

We’ve seen 41-year-old Shannon Brandt, who purposely struck and killed 18-year-old Cayler Ellingson. Brandt claimed he thought Ellingson was a “Republican extremist” and admitted to murdering the teenager over a political dispute. Still, a brief search of the websites of CNN, ABC, NBC, and CBS yielded no returns for the name “Shannon Brandt,” and save for conservative media, the story has evaded coverage by national outlets.

The next incident involved the murder of Las Vegas Review-Journal investigative journalist Jeff German. German had been investigating abuse allegations against Public Administrator Robert Telles. Telles had lashed out at German’s reporting several times on Twitter. Shortly after German’s murder, he was arrested and charged with the killing. Yelles, a Democrat, was also an enthusiast for Sen. Elizabeth Warren (D-MA), attending her CNN town hall during the 2020 election.

Liz with her Trump obsession binky also refuses to acknowledge the MANY Democrats who protested the election results in 2016. Including her January 6 committee co-chair Jamie Raskin. Of course, I’m sure her response if asked would be, ‘that’s different because reasons!’

The 1/6 hearings have shown that Trump knew his effort to overturn the election was illegal & unconstitutional. He did it anyway. Trump’s conduct was illegal under existing law and would be under our new bill, too. Our bill also prevents other future efforts to steal elections. pic.twitter.com/HaMCUSY8xv

Of course, that would mean even the Democrats can’t protest any future election results. I wonder if they’ve realized that or if they are trying to figure out a work-a-round?

Newt Gingrich was correct last month. Liz has appointed herself as the moral judge of the Republican Party. Republicans can only be Republicans if they work and act the way Liz tells them to. And, having questions about the 2020 election process and certifications on the state level will never be allowed if we follow the Liz rules.

If you can, watch her entire interview. There’s a great many problematic statements she makes.

When asked if she wants the Democrats to hold the majority, ‘that a tough question.’  When in fact, her answer should’ve been a flat NO.

Asked if she thinks there any conflicts between Jan 6 committee and DOJ:

Given how weaponized the DOJ is and has been for the last few years, it’s incredibly laughable that she can say with a straight face that there’s not conflict between those two! Most especially since there are now MULTIPLE whistleblowers showing up with receipts about how weaponized both the DOJ and FBI truly are. And some of their efforts do directly involve anyone and anything pertaining to January 6!

Liz’s Donald Trump obsession has truly blinded her to reality. Which again, is a key reason that she was defeated so badly during her primary. Wyoming voters and American citizens across the country are dealing with rampant illegal immigration, the very serious fentanyl crisis, Biden’s war on oil and gas, inflation, and crime. Liz refuses to realize that THOSE are the issues of the day.

Liz, read the room will you? It’s time, way past time for you to switch parties. Get on with it already!