Next post
Liz Cheney Refuses To Quit Her Trump Obsession

Another fine Sunday to chat about absurdities that may have been overlooked this past week.

Mention Forbes and visions of Wall Street, three-piece Italian suits, corner offices, lavish coverage of multi-million-dollar real estate deals come to mind. As a premier business magazine of America first published in 1917, it has trafficked in the rich and advice on how to be rich. No one should be surprised that Forbes is right there, too, with advice … and seminars … for what they deem #ForbesWomen.

And how’s that working out this year?

The erasure of women continues..
On his 189th day of larping as a woman, a man inserts himself into a women's space to discuss what it is to 'be a woman'🙄https://t.co/Pt2Pbw6vy9

Dylan Mulvaney, a transgender TikToker who has risen to notoriety for his “days of girlhood” series, spoke on “ushering in a new era of influence” at the Summit, which was held in New York City on September 15. (snip)

Mulvaney’s appearance at the Summit comes just months after the TikToker reported being offered a partnership with Tampax to advertise menstruation products. The partnership allegedly came after Mulvaney’s video on his “12th day of girlhood” in which he discussed carrying tampons around to hand out in women’s bathrooms and refers to the vagina as a “barbie pouch.”

This little sweety is every stereotype of the effeminate gay guy you knew who was part of your high school’s drama club. The giggles, head-toss and mincing about on high heels while gathering an adoring mob of equally “serious” gal-pals who treat him like a prize Shih Tzu, was an eyeroll in 10th grade. But just how seriously does Forbes really take women when they have him to speak to his experience as a woman at a “Women’s Power Summit”?

It would be more than fair to write off any advice from the Woke-captured Forbes. What is the worth of investment advice from an organization that can’t even tell a man from a woman?

Not a thing “mincing” about Josh Hawley

If the last entry was a bit distasteful, let me refill your champagne glass, scooch a little closer to me and let’s watch this hottie take down a Leftwing prevaricator.

Does he have any siblings back home? Like-minded cousins? Taking out the weaponized Federal bureaucracy is going to make the clearing out of the Augean Stables look like an afternoon’s light duty. But we have to start somewhere and keeping Colleen Shogan from her dream of heading up a US Ministry of Truth is a great start.

I’ve lost count of the number of times Little Miss Intersectional Karine has lied to the press (and most of them just sit there and do the bobble-head boogie in agreement). At least tipsy Jen Psaki could be entertaining at times while auditioning for a Pravda media job. But Karine?

Doocy: "Does President Biden favor any limits on abortion?"

KJP: "I'm not going to get into specifics here."

Doocy: "Why not get into specifics?"

KJP: "What Republicans are trying to do is take us backwards." pic.twitter.com/EgfP51Hr3z

Don’t ever get caught in a room with both Karin and Colleen Shogan … oxygen deprivation would be the least of your worries.

Dears, let me offer you yet another delicious moment of comeuppance … and of an insufferable lackwit who has masqueraded as a “journalist” for 16 years, saved only the fact his employer is just the DNC’s public relations arm and restroom attendants.

Let me leave this here 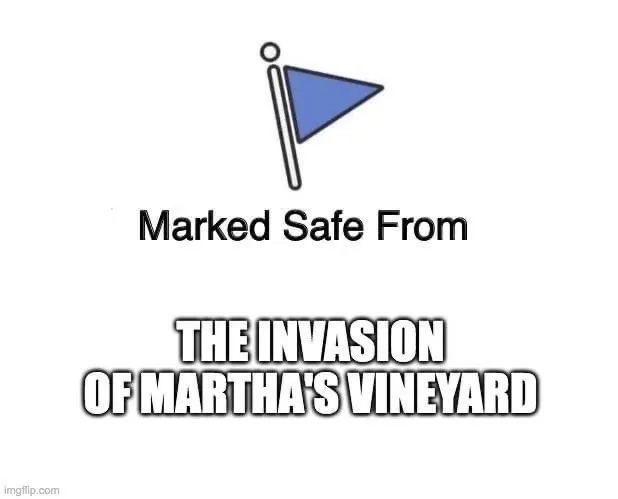 It’s fall! Finish your drink and let’s take a walk and enjoy the day.