Next post
Sick To Her Stomach, Hillary On Trump Second Term 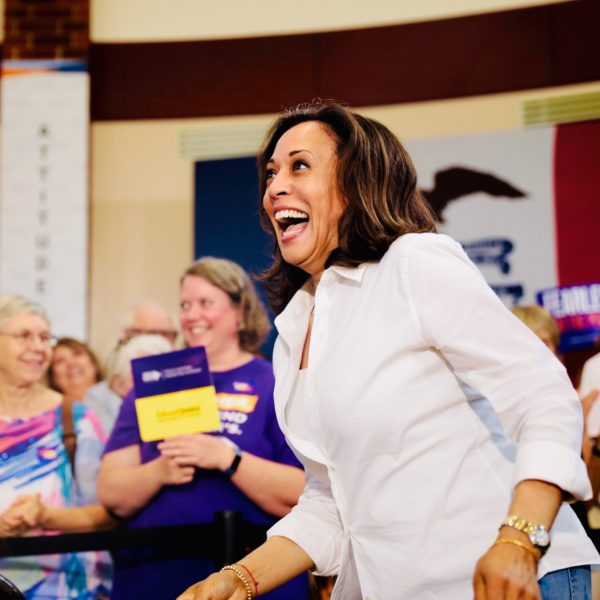 by Nina Bookout in Everything Else, politics 3 Comments

Epic Tank on 60 Minutes! Kamala Harris had a disastrous interview with Norah O’Donnell last night. It was quite fun to watch. This piece in particular encapsulates Kamala perfectly.

It was Mike Pence – cue weird laugh! And then the face freeze as she’s reminded that GovTrack rated her as the most liberal Senator serving right now.

Norah asked if she would bring, and therefore push, her progressive views to Biden should they win the election. This was Kamala’s answer to Norah’s questions.

““What I will do, and I promise you this, and this is what Joe wants me to do, this was part of our deal, I will always share with him my lived experience as it relates to any issue that we confront. And I promised Joe that I will give him that perspective and always be honest with him,” the senator responded.

“And is that a socialist or progressive perspective?” O’Donnell asked.

“It is the perspective of — of a woman who grew up — a black child in America, who was also a prosecutor, who also has a mother who arrived here at the age of 19 from India. Who also, you know, l — likes hip-hop. Like, what do you wanna know?” she continued, repeatedly laughing.”

“Lived experience?” What a stupid phrase that means absolutely nothing. Secondly, honesty from Kamala to Joe Biden and vice versa?? That’s a knee slapper!

Kamala didn’t answer the question. Why? Because:

A. she doesn’t want to admit that yes, she is all in for everything that AOC’s Green New Deal will do to destroy our economy.

B. She’d have to admit that yes, Biden/Harris will also destroy the economy by pushing for a national $15 an hour wage.

C. She’d have to admit that their progressive socialism would mean federally mandated abortion.

“At the time Biden was denied Communion, his website stated that one of his priorities as president would be to “work to codify Roe v. Wade” into federal law, and that “his Justice Department will do everything in its power to stop the rash of state laws that so blatantly violate the constitutional right to an abortion,” including laws requiring waiting periods, ultrasounds, and parental notification of a minor’s abortion.

“Vice President Biden supports repealing the Hyde Amendment because healthcare is a right that should not be dependent on one’s zip code or income,” said his website.

Biden’s website also pledges him to “restore federal funding for Planned Parenthood,” and promises to “rescind the Mexico City Policy (also referred to as the global gag rule) that President Trump reinstated and expanded.””

That’s ok though. Why? Because Trump is bad in all things!

Once again for those folks in their cars attending one of the very few campaign events that Joe Biden holds, there was no Muslim ban! It was specific to countries that traffic in terrorism. Period.

As for that Mexican rapist thing? Guess what? It is verifiable fact that there ARE women who are sexually abused or raped while on their journey to the United States. The media and Democrat politicians went all in trying to disprove his remarks while burying the fact that it DOES happen.

It isn’t just her 60 Minutes interview that Kamala tanks. She tanks herself during nearly every campaign speech and interview.

Kamala Harris: "We all have PTSD from 2016." pic.twitter.com/WQWC4AXJMf

Wow. That’s awful on two levels. One, that damned laugh of hers. Two, equating the Democrat left’s four year temper tantrum over the fact that Donald Trump won with PTSD??!! That is a slap in the fact of those in our military and others who’ve had to deal with the aftermath of genuine trauma.

Kamala has a long history of tanks. Her failed Presidential campaign was one long tank.

The reason she can’t provide those answers is that she doesn’t have them. Never mind what the polls say, Kamala’s “I’M SPEAKING!” performance at the debate didn’t win her any favors.

three undecided black women voters spoke to my colleague @ChrisJansing about why Joe Biden has yet to earn their vote despite everything that Donald Trump has said and done during his presidency. pic.twitter.com/fyZJ3mhCOV

Kamala doesn’t like answering substantive questions. This morning, on The View, she was asked how she and Joe were able to reconcile their differences on policies such as fracking and healthcare.

Kamala tanked her 60 Minutes interview so badly, that the media isn’t reporting on it and Joe has called a lid on his campaign for the second day in a row with 8 days out to election time.

When you have to laugh your way through answers to substantive questions, there’s a problem. And it isn’t President Trump.