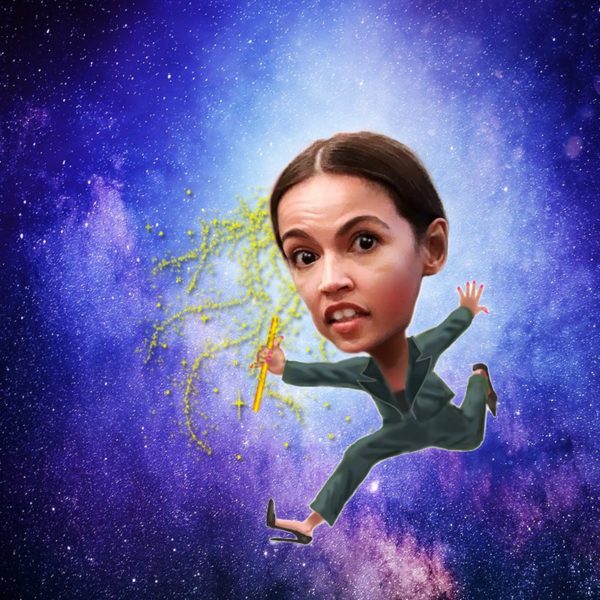 Greg Gutfield is fed up with AOC’s rants concerning student loan forgiveness. Last night he went on a tear, calling her an “entitled sponge.”

Let’s take AOC’s commentary first, which you can see in the first few moments of the video above. According to her, it’s only young people who pay into Medicare for seniors. OH REALLY? Medicare and Medicaid are government funded health insurance programs. Just where does she think that money comes from? It comes from everyone who pays taxes. That’s right AOC, our tax dollars fund those programs.

Secondly, what the hell does this comment mean?? “People who take public transit pay for car infrastructure.”

AOC is very fond of throwing out weird sentences like that, and it continually baffles me that many of her supporters just nod along in agreement as if she said something amazingly profound.

Then again, this is the same person who, living in her $3,000+ a month apartment in DC, expressed shock and awe over the discovery of garbage disposals!

Since last year, AOC has been on the cancel all student debt bandwagon. She even made a student loan payment during a Congressional hearing.

“I literally made a student loan payment while I was sitting here at this chair, and I looked at my balance, and it was $20,237.16,” said the New York lawmaker. “I just made a payment that took me down to $19,000 so I feel really accomplished right now.”

Ocasio-Cortez, a Boston University graduate, was attending a House Financial Services Committee hearing on the estimated $1.5 trillion in student debt in the country. Consumer advocates, experts and public figures testified on different ways to bring the number down.

So stunning. So brave.

Canceling student loan debt will certainly benefit AOC. It will also benefit quite a number of other folks. Whom, as the data shows, are earning more than enough money to BUDGET to pay the debt.

That’s right. AOC CHOSE to apply to and attend Boston College. She willingly signed her name to the loan papers. She, by her signature, indicated that she and she alone would be responsible for the repayment of her debt. She knew from the start that the tuition for Boston College was approximately $70,000 annually. She chose to take out a loan anyway.

Greg Outfield is absolutely correct here. AOC is indeed an entitled sponge. Who pays for this government backed loan forgiveness?

Most Americans did not graduate from college. And these Americans earn less than college graduates.

So why is Biden making those with less income responsible for the debts of the wealthy?

Yet AOC is continually on record advocating for debt relief for all.

“I don’t believe in a cutoff, especially for so many of the front-line workers who are drowning in debt and would likely be excluded from relief,” Ocasio-Cortez said. “Canceling $50,000 in debt is where you really make a dent in inequality and the racial wealth gap. $10,000 isn’t.”

As for student loans, if the threshold stays at $10,000 the poor starving Congresswoman will still have approximately $5-7 thousand in loan payments to make.

What’s next? Debt relief on your car loan payments? AOC would be all over that. What a relief it would be to no longer have that Tesla car payment! You know, those Teslas are wonderfully inexpensive with an average price tag of $48,000.

AOC and others who are pushing for student loan relief are also refusing to address the high costs of tuition at colleges around the country. They also refuse to acknowledge that having the government spend MORE money to forgive debts that people willingly signed up for increases government debt.

10 percent inflation and $30 trillion of debt and AOC thinks that declining to force taxpayers to pay off her student loans reflects a “scarcity mindset.”

AOC, with her high-priced apartment, her French bulldog, pricy therapy sessions, and the Tesla is indeed an entitled sponge. Her salary is $174,000 a year. There is absolutely NO REASON why she can’t budget to pay off the debt she signed up for. Heck, maybe she should sell her Met Gala gown to pay off the debt!