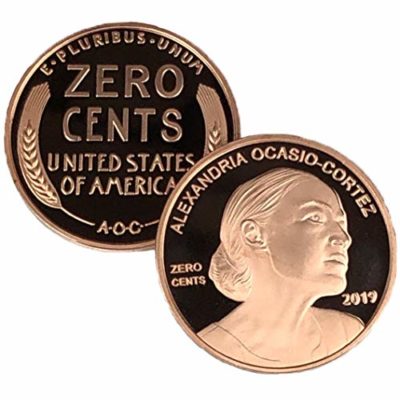 While young community organizer and socialist Alexandria Ocasio-Cortez is, uh, “organizing”, her economics degree fails her once again. Allegedly, AOC is on the hook for a seven year-old unpaid tax bill.

The tax bill to the tune of $2,088.78, is left over from AOC failed business venture, Brook Avenue Press, a publishing house that sought designers, artists and writers from urban areas to help paint the Bronx in a positive way in children’s stories, in 2012.

You don’t really make a profit in your first year. To get taxed on top of that is a real whammy.”-AOC, 2012

You know what’s a real whammy, AOC? When you ask Americans and corporations to pay 60-70% of an increased tax rate for her unicorn by the name of a Green New Deal. When you run a business out of a neighborhood and then do the happy dance in your designer shoes after doing so. Look in your own backyard-from the windows of your deluxe apartment in the sky at The Navy Yard:

In 2018, a civil rights attorney sued the Washington, D.C. government for allegedly discriminatory gentrification policies, claiming that development in Navy Yard area and other parts of southeast D.C. encouraged an influx of affluent ‘millennial creatives’ who displaced minority residents.

Ocasio-Cortez, commonly referred to as “AOC,” repeatedly criticized luxury real estate developers during her campaign, claiming that their buildings hiked up rent prices and pushed low-income residents out of their neighborhoods.”-Alana Goodman, Washington Examiner

The real estate developer of AOC’s high-rise does not offer units for residence in accordance with Washington D.C.’s Affordable Dwelling Units program. While these “millennial creatives” are out delivering food to people in low-income neighborhoods (in selfish motivation to promote a political agenda that would obliterate them all together), low-income families are being shoved out of AOC’s neighborhood of residence. To add insult to injury, the freshman congresswoman can’t even muster up two grand from her $174,000 yearly paycheck. One would think she could muster up $2,000 to pay the tax bill, right?

That’s just a whammy. Come again, how many businesses are failing right now? How many will still have to pay their tax bills after being unable to operate for months because these cluster#uck stay-at-home-orders being imposed upon by some of our state governors?

AOC’s office claims the tax bill was issued “in error” and her camp claims she is still in the process of contesting this bill.

Perhaps it is time for another fundraiser, AOC? Or maybe you should borrow some campaign money from your boyfriend? Maybe Nancy could add the bill to the HEROES act considering you are a self-proclaimed “hero” of the little guy? Shameful, isn’t it?

If this were any of us poor, working souls, the ones she proclaims to champion, we would be in jail. Our wages would be garnished. We would be drug through the mud and humiliated by collectors until we paid this outstanding tax bill. Honest Americans pay their taxes regardless of losses and regardless of how ridiculous we think paying taxes to supplement the salaries useless individuals in D.C. (like AOC) is.

If only there were some public fund billionaires could pay into along with everyone else that helps fund our infrastructure, hospitals, and public systems all at once.

It could even be a modest % of what they earn every year. We could have an agency collect it and everything https://t.co/g0vI45xnYG

I’d say $2,000 is a modest percent of what you make, AOC. The irony in all of this? AOC was probably pocketing more as a bartender in New York City seven years ago. One would think she could have coughed up the money then? Right. She was campaigning. And campaigns cost money. She couldn’t be bothered paying taxes. That stuff is for big corporations (and the little people). I mean, Brook Avenue Press was a failed business venture. In the world of AOC economics, Ocasio-Cortez should not pay taxes on this.

Ocasio-Cortez, did not publish one single book to “inspire children of the Bronx” through her defunct Brook Avenue Press. But she can walk around in Manolo Blahniks that cost anywhere from $650 to $1,000. She can talk about taking corporations down whilst donning a designer suit. She can advocate for poor, working people as she drinks expensive wine and cuts a block of cheese from farting cows that she bought at Whole Foods in her current neighborhood that ran all of the “unsightly peasants” out. She can even bitch about seven-dollar croissants and LaGuardia airport whilst trying to out airlines, pilots and crew out of their jobs in the name of trans-oceanic railways.

Go ahead, tax the rich, says AOC. Tax working Americans while you’re at it, too. Just don’t make her pay a seven year-old bill. 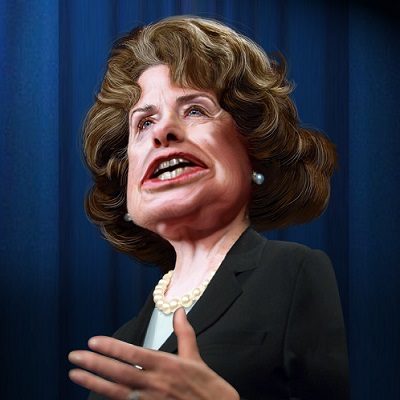