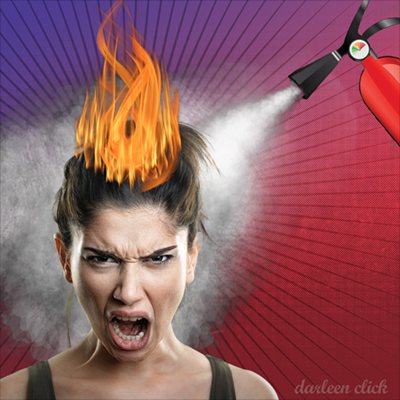 There is absolutely no doubt that the true insurrectionist within SCOTUS, who leaked Justice Alito’s draft opinion, seeks to intimidate the court. The Leftwing cabal has sent out its Hair-On-Fire brigade to lie, cheat and even commit violence. Past time to check their perfidy with a reality check.

As we have already covered here at Victory Girls, the Emocrats rollout of demagogic talking points was so immediate and coordinated we need to give at least some credence to the thought that this not some spontaneous OMG look what just came across my desk!! I must distribute to the masses!! RHEEE!!! event. The draft was written back in February, for goodness sake. But with Creepy Joe’s numbers continuing to crater as the primary season is upon us, this insurrectionist leak had to be moved up from the usual October Surprise release date. And we can’t discount that Elon Musk’s purchase of Twitter has panicked our Ruling Class about their stranglehold on media. From the almost immediate announcement of DHS’s Ministry of Truth to a coordinated push against Twitter advertisers by a cabal of Soros, Clinton and the EU, it appears like a major distraction needed to be created. And the Left’s usual jackboots are more than eager to repeat 2020’s eight months of “mostly peaceful protests.”

Any sober adult knows the reality that a reversal of Roe v Wade is not a ban on abortion. Let me repeat it for the pussyhat brigade in the backrow … repeal of Roe v Wade (and PP v Casey) is not a blanket ban on abortion. Stow your strawmen, you pusillanimous members of the Moloch Chorus. First, it will revert decisions on abortion back to where it belongs — legislative branches in states. Second, while Congress will also possess the representative power to weigh in on abortion, either for or against, it is very unlikely for either side to have enough votes to keep abortion a Federal issue.

Even the far-leftwing SCOTUS justice, Ruth Bader Ginsburg, was never enamored by the judicial trespassing on the province of state legislatures by Roe.

Suppose the court had stopped there … and had not gone on, as the court did in Roe, to fashion a regime blanketing the subject, a set of rules that displaced virtually every state law then in force … A less encompassing Roe, one that merely struck down the extreme Texas law and went no further on that day, I believe and will summarize why, might have served to reduce rather than to fuel controversy.”

And nothing but controversy has roiled this nation in the 49 years since Roe.

Controversy that produces such malignant silliness as this polemic at Salon.

While pregnancy can be a joyous and miraculous event for those who freely choose it, forced pregnancy and childbirth is violence. It is sexual abuse. It is trauma. There exists no other comparable situation in which a human being (who is not incarcerated) is forced to undergo a potentially traumatic and even deadly medical event against their will.

The Salon scribblers’ opening paragraph cites a case of a 13 y/o impregnated by her own father as *the* need for abortion. Yet, it is actually Roe V Wade that keeps a minor victim of sexual abuse and rape hidden. Planned Parenthood is notorious for not reporting adult males to authorities after they bring in their minor “lovers” for a little fix-up in order to keep the sexual abuse hidden.

And, of course, the irony of claiming “forced” pregnancy as a traumatic or deadly medical event from the same people who have demanded mask and vaccine mandates over the past two years flies over their pointy little heads.

But as we’ve seen from the Left and its sycophants and acolytes, Fake But Accurate is one of their most cherished mottos. No one more exemplifies this than one of The View’s most celebrated mouthbreathers, Whoopi Goldberg.

“This is my body and nobody… you won’t let me make my decisions about my body? You are not the person to make that decision” she began. “The reason abortion came about — women in this country lived forever with it being illegal. Okay? Women, when they decide something is not right for them, they’re going to take it into their own hands.”

Goldberg continued, “Well, we got tired of tripping over women in bathrooms, public bathrooms, who were giving themselves abortions because there was nowhere safe, nowhere clean, nowhere to go. This law came about because people wanted people to have somewhere safe and somewhere clean it has nothing to do about your religion.”

May I kindly say, Caryn can take her dial-up-to-11 #fakenews hysterics, stuff it between her ample butt cheeks and spin.

Here’s a reality check. I’m but one year older than Whoopi Caryn Johnson. That means we both were teenagers during the time Roe v Wade made its way through the judicial system. No, public bathrooms weren’t stuffed with women giving themselves abortions. So-called back-alley or coathanger abortions have as much basis in reality as Reefer Madness. There were even sixteen states, including New York (where Caryn grew up) and California (where I did) that had already made abortion legal between 1967-1970 prior to 1973’s Roe. So whoever Caryn was tripping over in all those public bathrooms she was haunting, it wasn’t women in the midst of aborting their unborn babies.

The vast majority of illegal abortions were done by medical personnel on the sly and when deaths occurred, CDC’s own statistics bears the reality that legal abortion didn’t stop maternal deaths, penicillin did.

The Centers for Disease Control does report on maternal deaths from illegal abortions. To pick a few dates, we would see that during the 1950s deaths averaged about 250 a year, after which they began a steady downward trend. In 1966, when all states still forbade abortion, the total number of deaths was 120. In 1972, when only 16 states permitted abortion while the balance still protected developing, unborn babies, the total number of maternal deaths from illegal abortion was 39, with 25 additional deaths reported that resulted from legal abortions. The decline in deaths continued at its same gradual slope and bottomed out around a few years after that.

Now we know that Emocrats consider math racist, sexist or transphobic if it doesn’t support their goals, but rational adults should be able to discuss their policies differences without resorting to overwhelmingly false propaganda.

Abortion was once touted as a tragic necessity, one that should be safe, legal and rare. It is now a religious sacrament to the anti-family Left and big business to organizations like Planned Parenthood. Women and girls are encouraged to Shout You Abortion, to celebrate killing their own children for even the most frivolous of reasons. And why Caryn isn’t concerned about why PP places a majority of their baby-parts factories in minority neighborhood is something a real reporter might like to ask.

But we haven’t had many of them in the last several decades now, have we? Certainly, the partisan pearl clutching over the insurrectionist leak in Pravda media just proves the point. Truth isn’t a Leftwing value. Reality, either.

Dismiss out of hand these Gosnell-worshipping polemics. Don’t be intimidated by threats. And #RememberInNovember