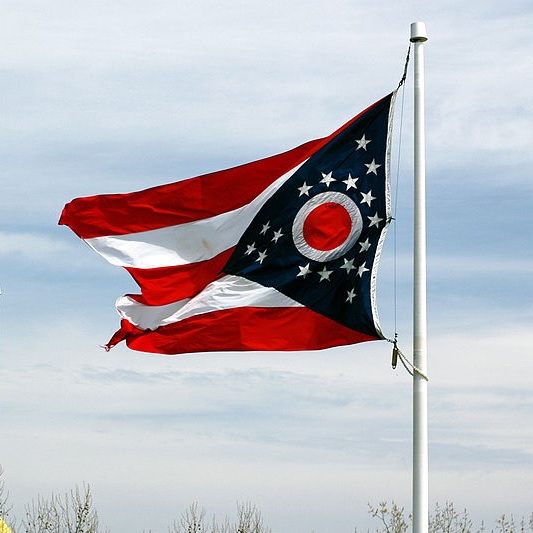 In the end, it wasn’t even terribly close.

The Ohio primary was held yesterday, and late in the evening, the numbers started to come in. As readers will remember, the Ohio Senate seat was being vacated by Rob Portman, which made for an open GOP primary that was highly contentious and embarrassing at times. It was the kind of primary that was looking for a kingmaker endorsement, and got one when President Trump threw his backing behind J.D. Vance. Vance, for people who aren’t familiar with him, is the author of Hillbilly Elegy (which was made into a movie that critics panned and audiences liked) and was a harsh Trump critic before becoming a fanboy.

However, it was clear that while Trump had made the endorsement, he wasn’t truly invested in the race, as he couldn’t even get Vance’s name right on Sunday (mixing him up with candidate Josh Mandel).

Whoops. This led many to speculate that Vance’s chances were not that great, especially in such a messy and divided primary race. And that leads us to the actual election. The polls closed at 7:30 pm Eastern time, and in a little over 90 minutes, the race was over.

The Democrat race was barely contested, with current Congressman Tim Ryan winning that primary. But… does this sound like a Democrat that agrees with Joe Biden to you?

You want a fighter for Ohio? I'm all in. pic.twitter.com/hmn4mScwpV

When you watch this ad, Tim Ryan comes off as – dare I say it? – rather Manchinesque. And right now, Joe Manchin is making ads for West Virginia Republicans, not Democrats. However, the lesson of a 50/50 split Senate isn’t that Republicans should try and count on Joe Manchin, or Kyrsten Sinema, or possibly a Tim Ryan to block the progressive left. The lesson is to NOT BE IN THIS POSITION IN THE FIRST PLACE.

Which is why the upcoming primaries are going to be more illustrative as to what kind of influence Donald Trump has within the GOP. Tipping a scale toward Vance in a crowded field is one thing. Other states aren’t nearly as messy.

It’s not just Vance’s win that matters, sources said. The bigger the margin, the likelier it is that Trump will crusade for his candidates in tougher May races in Pennsylvania and Georgia — or that he’ll endorse in Arizona’s Aug. 2 Senate primary, a Trump confidant said.”

“The greater the margin of victory for J.D. Vance, the higher the likelihood that Donald Trump endorses Blake Masters in Arizona,” a Republican associate of Trump’s who has spoken to the former president about his endorsement, said on condition of anonymity to describe private conversations. “Vance’s win proves the concept that he can take someone from third or fourth place and pull them into the lead in a crowded primary.”

Trump recently joined a fundraising call for Masters, a sign of his interest.”

The reason that the Senate is in this 50/50 split at all is because Donald Trump could not focus on keeping both of Georgia’s Senate seats. The Democrats won those seats because Trump was too hung up and distracted with the 2020 recounts and election results, and the end result for the January special election was a disaster for the GOP. The past is done, and if the GOP doesn’t want to be in the position of seeing the filibuster killed off just so the Senate radicals can shove through an abortion law, then the focus has to be on winning all the Senate seats possible.

If Trump’s chosen endorsed candidates don’t win in Pennsylvania, or Georgia, or anywhere else, then he needs to either back the winner or simply not comment. If he wants to secure his role as kingmaker and keep his options open for 2024, then he needs every single Republican possible in the Senate, and in the House. And the Ohio Republicans need to do the same – concede and endorse Vance, or just keep quiet, in order to give him a better chance of taking on Tim Ryan in the general election. Every. Seat. Matters.