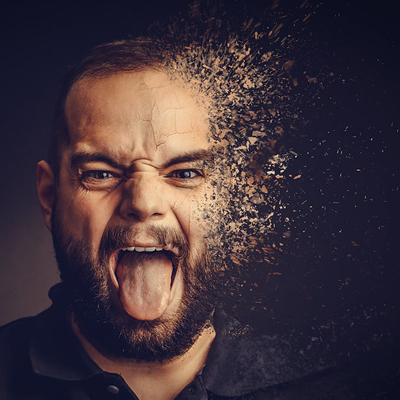 It didn’t take long. After the shootings in Buffalo, the media have jumped aboard the bandwagon of the “Great Replacement Theory” conspiracy. They insist — en masse — that Republican lawmakers and Fox commentators are using it to promote racist hatred in America.

And just like that — the Roe v. Wade leak faded into the background.

What is the Great Replacement Theory?

According to the New York Times, this theory — which only those on the right embrace, of course — works this way:

“At the extremes of American life, replacement theory — the notion that Western elites, sometimes manipulated by Jews, want to “replace” and disempower white Americans . . .”

“The so-called “great replacement theory” asserts that there is an intentional effort to replace white Americans with people of color by encouraging immigration.”

The NYT also insists that the theory, which has percolated mainly on Reddit and fringe nationalist websites, has now gone mainstream.

So just who is the biggest purveyor of the Great Replacement Theory? Of course, it’s none other than the bête noire of progressives: Tucker Carlson, Fox News’s biggest draw. The NYT provides this Carlson quote from his primetime program in 2018, as proof:

“How, precisely, is diversity our strength? Since you’ve made this our new national motto, please be specific as you explain it.”

But it’s not just Carlson, say the media. GOP lawmakers push it, too. Check out this hair-on-fire video from MSNBC:

Yet it’s not only the media who are castigating Republicans. Nina pointed out that none other than Trump-hating Sen. Liz Cheney and the Lincoln Project are throwing their fellow party members to the wolves.

What they all refuse to acknowledge, however, is that neither Carlson nor Fox News nor any Republican pulled the trigger in Buffalo. The shooter did that.

Great Replacement Theory is Not New

Suspicion of immigrants is not something recently cooked up in the febrile minds of Tucker Carlson and the GOP, as the media would have you believe. In fact, the “Know Nothing Party” of the 1850’s made their bones as a nativist movement who despised immigrants.

The party formed as a result of nearly 3 million immigrants — mainly Irish and German — who arrived in the US between 1845 and 1854 due to a famine in Ireland and economic instability in Germany. What was most abhorrent, however, to the Know Nothings was the fact that many of these people were Catholics. And the Know Nothings hated Catholics. One of the group’s posters in Boston read: “All Catholics and all persons who favor the Catholic Church are…vile imposters, liars, villains, and cowardly cutthroats.”

But probably the most vile anti-immigrant sentiment came from the mind of Sen. Theodore G. Bilbo of Mississippi, an outspoken racist.

In 1947 Bilbo wrote a book entitled, “Take Your Choice: Separation or Mongrelization.” His battle cry was: “A White America or a mongrel America — you must take your choice!”

Of a German-Jewish immigrant, Bilbo wrote:

“For some reason which has never been publicized, this German Jew, a newly-arrived immigrant, wanted to destroy the racial stock which had carved this mighty Nation out of a wilderness.”

Not only that, Bilbo also wanted to deport an Italian academic because he believed intermarriage with such a person would destroy the color line. 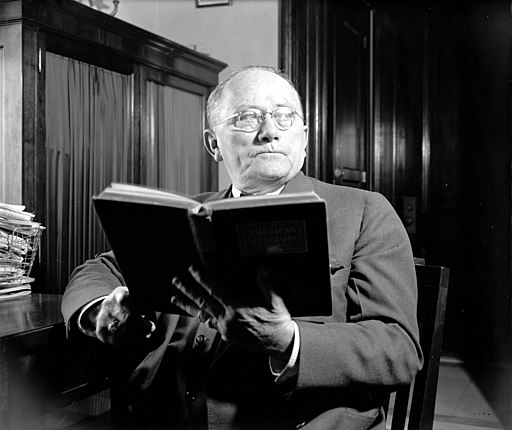 And in case you’re wondering — Sen. Theodore G. Bilbo of Mississippi was a Democrat. Moreover, conservative Sen. Robert Taft (R-OH) condemned Bilbo, calling him a “disgrace to the Senate.”

What I Saw in Washington, DC

Last week I gathered with other Republican women from different states in Washington, DC, to attend a national conference of a public service series to which I belong. On the first day, ten of us from my home state met with our Senators and GOP House members. Guess how many of our officials discussed the Great Replacement Theory?

Not a single person.

We talked with our legislators about the Roe v. Wade leak, inflation, Ukraine, and the baby formula shortage. I may have expressed frustration about Anthony Fauci to one of my Senators (okay, yes I did). But no one talked about any Replacement Theory.

The following day women from all the state groups met together to hear from people like Sen. Rob Portman (R-OH) and RNC Chair Ronna McDaniel. We also listened to a director of the National Republican Senatorial Committee, a director from the American-Israel Public Affairs Committee, and the executive director of the Value In Electing Women PAC.

None of these speakers brought up the theory that the media would have us believe is infiltrating the Republican Party. Not a one.

You know the old joke, If it wasn’t for double standards they wouldn’t have any? That line applies to the media.

We all mourn the ten people killed for no reason in Buffalo, NY. All people of good will — whether conservative or liberal — are disgusted by a racist shooter (whom I will not name) who took out his rage upon innocent people in a grocery store. For no other reason, apparently, than that they belonged to a minority racial group. And the shooter hated members of that group.

But guess what happened in Chicago, also over the weekend?

Sixteen people were shot and killed in the city. Moreover, a 16-year-old boy was also shot and killed near “The Bean” sculpture in Millennial Park in the Loop. A large group of teenagers began fighting on Saturday evening, resulting in the death of the teenager.

From what I can tell from the linked videos, all the perpetrators appear to be black. I assume the boy was as well.

Where is the outcry from the media for the sixteen deaths in Chicago? There is none, of course. It doesn’t fit their narrative. Better to go after Republicans and conservative media figures than examine why the butcher’s bill is so high among minorities in big cities like Chicago.