Next post
Great Replacement Theory Hysterics From the Media 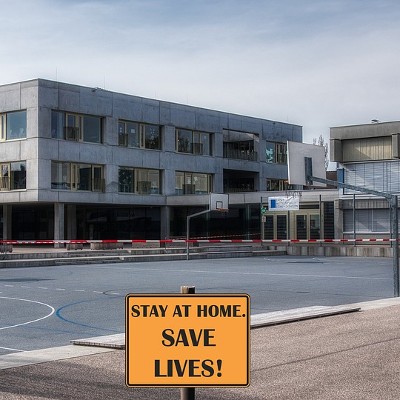 The left is hellbent on making the Buffalo shooter a conservative Republican.

You know who said he isn’t? The shooter himself.

While outlets like Rolling Stone, Amanda Marcotte in Salon, S.E. Cupp on CNN, and numerous others look to pin the blame for the Buffalo shooting on Republicans, Tucker Carlson, Fox News, or any of their other favorite targets, they seem to be forgetting that the shooter published his own confession.

Google has since taken down the link to the manifesto itself, though it has been preserved by others. Glenn Greenwald has a link to it in his piece on Substack. While reading through these confessional manifestos feels gross and unhealthy (and there is an acknowledgement that it could motivate other potential criminals, as the Buffalo shooter appears to have been plagarizing the New Zealand mosque shooter), it’s also important to ascertain the causes and motives. It’s especially important to have those causes and motives figured out when the media is assigning blame. The blame needs to rest where it belongs – on the shooter who committed a heinous and hateful act. How did he get here? That’s what the manifesto tells us.

The media wants to claim that he’s a “mainstream Republican,” just parroting the views he has heard on Tucker Carlson’s show. Nope. The shooter calls himself a “ethno-nationalist eco-fascist national socialist” or a “populist” or in the “mild-moderate authoritarian left category.” What does he specifically reject? Political conservatism.

Like the New Zealand killer, the Buffalo killer aligns himself with “eco fascism” pic.twitter.com/QkcbH2JciY

Yeah, I’m not getting any GOP vibes here.

Remember that Nina just asked if the lockdowns contributed to the shooter’s choices on Sunday? Well, here’s the answer, straight from the manifesto. And does he consider himself a part of any group? Nope. He is a lone wolf.

Buffalo killer: I am a lone wolf pic.twitter.com/S6Ly1uhFOP

So, we have a socially isolated teenager, at home during the lockdown with way too much time on his hands, who discovers some ugly dark corners of the internet, and no one is around to stop him from soaking it all in. Huh. I distinctly remember being told that “kids are resilient” and that there would be no problems with extended school closures due to COVID-19. Given that this same shooter also threatened to shoot up his own school, there are still a lot of unanswered questions as to what the authorities knew, and when they knew it.

But what we DO know is that a teenager, who says he “was not raised racist” but now fully embraces being one, was left at home with nothing but the internet for company because of the COVID-19 lockdowns. Here’s a truly frightening thought – given the mental health crisis we are seeing among teenagers right now, how many more lost and lonely kids are out there who spent the lockdowns in the bowels of the internet, filling their minds with crap while neither teachers or parents could see them? Could someone please ask Randi Weingarten if she has any comment about how “resilient” the Buffalo shooter was, and how confident she is that the lockdowns didn’t create an entire group of these “lone wolves” who feel socially disconnected and morally justified in advancing their ideologies with murder?

Tom Elliott of Grabien Media, in a long Twitter thread detailing the shooter’s manifesto and the direct contradictions to the media’s narrative, warns about the cascade effect from this act of violence.

My takeaway: This 180-page manifesto was profoundly depressing to read. By his own accounts, the killer was a loner with no meaningful social connections.”

While in forced social isolation during Covid, he began reading 4chan and increasingly became attached to racist and anti-Semitic explanations for the modern world’s various problems.”

Devoid of the kind of religious, family, or community bonds that normally guide young people still navigating their place in the world, people like him end up discovering some little kernel of information the mainstream media covers up …”

… and when that turns out to be true, they become convinced this is validation of a larger conspiracy.”

That leads down the usual rabbit holes, where everything ends up pointing to some sinister cabal secretly engineering the deconstruction of civilization.”

The killer explains how he wants his lone act of terror to somehow spark a larger conflict that will result in the various races of the world deciding to re-organize themselves into ethno states.”

It’s embarrassingly stupid, and it’s unfortunately exactly the kind of intra-culture conflict that empowers the system as a whole. As long as the people keep busy fighting themselves, the state itself can continue consolidating power.”

Ultimately this is a story about lost souls in the modern world. This person needed parents, needed mentors, needed a local parish, needed a purpose for his life.”

More than anyone I blame his parents for not ensuring they were raising a functioning member of society. The answer here is more family, more church, more community.”

And the media is currently doing everything in ITS power to make sure that Republicans get blamed for the Buffalo shooter, so that the media can continue to keep blaming Republicans when the next shooter appears (so long as that shooter fits their narrative). They really SHOULD be looking in a mirror instead. After all, who championed the lockdowns, again? Who kept repeating “kids are resilient” as if it was a magical incantation? Pretty sure that wasn’t conservatives.