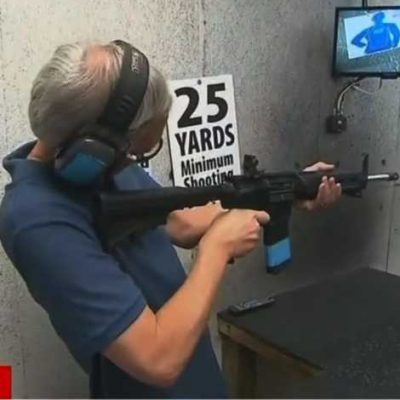 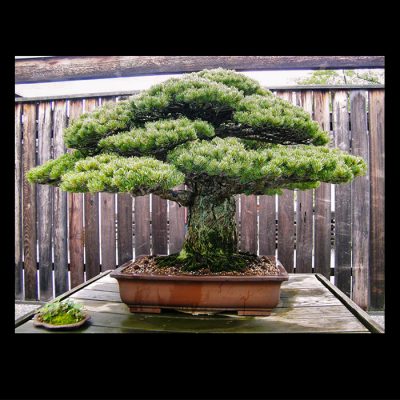 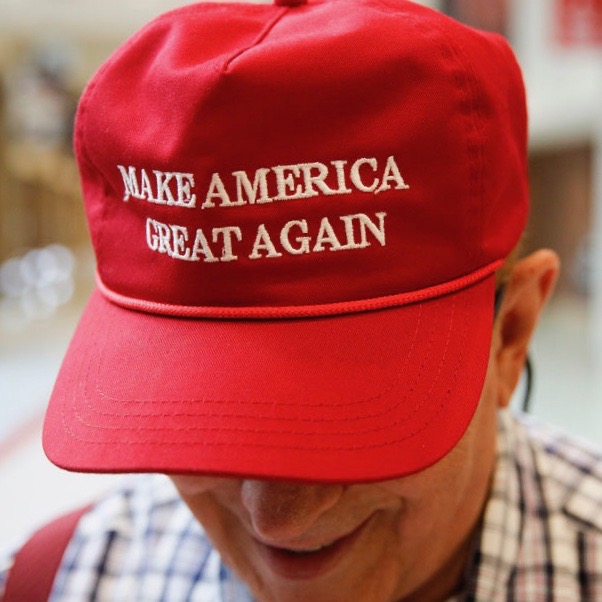 Now more than ever, we are seeing a YUUGE lack of understanding as to what our Constitution, the Bill of Rights, and Freedom of Speech really means. Case in point, the Supreme Court arguments regarding so-called “political apparel” at polling places.

When was the last time a T-shirt or button influenced the way you voted?

Probably never—but the state of Minnesota thinks its citizens are much more impressionable, so it banned voters from wearing items that could be construed as “political” at polling places.

In addition to prohibiting express advocacy on behalf of a political candidate or ballot question, Minnesota’s law also bans “issue oriented material designed to influence or impact voting” and “material promoting a group with recognizable political views,” such as a “Don’t Tread on Me” T-shirt.

At this moment, there are folks shouting down opinions because they don’t fit with the BAN ALL GUNZ agenda. Not only that, but corporations are caving to the demands of the angry, misguided few instead of standing firm on behalf of the majority of their customer base.

Our First and Second Amendment Freedoms are being stifled right and left today and this case, Minnesota Voters Alliance v. Mansky, before the United States Supreme Court, is a prime example.

When Andy Cilek went to his local polling place in Hennepin County, Minnesota, to vote, an election worker told him to cover or take off his T-shirt, which bore both the Tea Party logo and the message “Don’t Tread on Me.” Cilek, the worker said, would have to do the same for his “Please I.D. Me” button, often worn by opponents of voter fraud. The authority for the worker’s request was a Minnesota law that bans political badges, buttons and other “insignia” at polling places on election days. Cilek and the Minnesota Voters Alliance, a group that he helped to start, filed a lawsuit challenging the state’s ban on “political” apparel as a violation of the First Amendment. Minnesota counters that the law is simply intended to maintain an “orderly and controlled environment” at the polls, and some justices appeared to agree with that.

Minnesota seems to believe that ALL Free Speech should be stifled at the polls. In fact the state law and the enforcement thereof is so arbitrary that this dialogue took place between Justice Alito and Daniel Rogan. Alito asked what is and isn’t allowed at the polls.

Wait, what? Our First Amendment is fine, but the Second Amendment must be banned??!! Yes folks, you read that correctly.

It's remarkable how badly Rogan fell for Alito's trap. He was given a list of facially-nonpolitical-but-vaguely-political sentiments, and condemned all the conservative ones and okayed the liberal ones without fail.

So #METOO virtue signaling by wearing black is acceptable, but state mottos are not. #ParklandStrong gets applause as does Colin Kaepernick, but our Second Amendment must be shut down? Wow, what a dangerously slippery slope that is!

Needless to say, Justice Alito and even the most liberal Supremes are correct. Polling places are the final say in terms of how someone votes. But that doesn’t mean they shouldn’t be exempt from ALL free speech within key limits. As in, don’t walk in wearing your candidates’ t-shirt/button, wave a poster, or campaign in the polling place for your favorite candidate or issue.

Yet, what Minnesota told SCOTUS is that ANY t-shirt, button, or hat bearing so-called conservative slogans must be banned from the polling places because they fall on the wrong side of the “political line,” and would supposedly cause someone to feel intimidated. 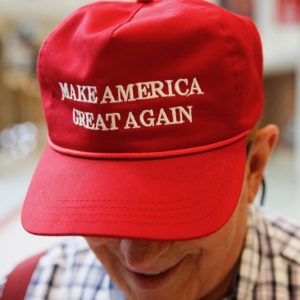 What this case and the NRA boycott demonstrate is that putting limitations on Freedom is fine as long as it fits the liberal, politically correct views, our Republic be damned.