Previous post
Sean Lennon Has Sorta Rolled Away From the Tree 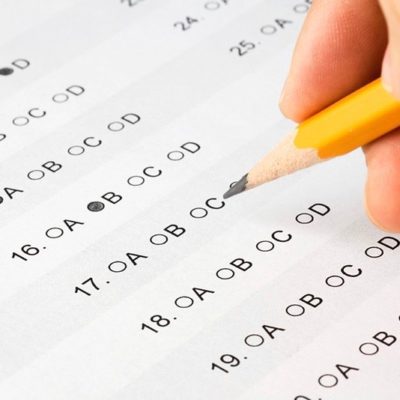 From Gettysburg College in Pennsylvania comes another example of how our educators are failing our students. A little quiz turned political after a biology professor inserted a fill-in-the-blank question regarding President Trump.

The test was administered by adjunct professor of biology, Dr. Betty Furster. The question read something like this:

Trump thinks he’s smart because his uncle was an MIT professor and healthy because he has good genes – we don’t know if he’s healthy, they haven’t released the results of his last check-up.

Trump is a ____?”-sample from test administered by Dr. Betty Furster, Gettysburg University

Not the first time (or the last) that someone from the institution of higher education has gone off on Trump.

A nice little quiz. The screenshot of the quiz was submitted to Young America’s Foundation through its Campus Bias Tip Line.

Apparently, students got a point scored for choosing the answer “eugenicist”. The multiple-choice answer came with Dr. Furster’s own explanation for “B” is for Eugenicist:

The “science” of human improvement through better breeding. It was discredited in 1939 but Trump thinks he’s smart because his uncle was an MIT professor and healthy because he has good genes. We don’t know if he’s healthy. They haven’t released the results of his last check-up. He’s orange.”

How old is this woman? Twelve? He’s orange. Think about this for a second. This is a college BIOLOGY class. The term “eugenicist” may have been followed with a brief definition but was largely followed by the opinion of an anti-Trump educator and her opinion. He’s orange? Is that a fact? Seriously, is this person for real? Our professors of higher education are failing our students. But students did get one point for answering this “correctly”, according to Professor Furster’s answer key.

Imagine if Dr. Furster inserted a comment of the same caliber about Barack Obama? Imagine using Margaret Sanger, advocate for eugenics, in a question such as that:

‘Eugenics’ is the “science” of human improvement through better breeding. It was discredited in 1939 but Sanger thought certain people of certain races are uneducated and therefore, don’t deserve to live and thought abortion clinics in their neighborhoods was a great idea. Ms. Sanger has gone down in history as an advocate for women’s health care but we think differently. She was a racist.”

But education is failing to teach students on multiple levels the basic concepts of biology. Take this sample from Washington State’s sex-ed curriculum. “Some boys have a penis, some girls have a vagina. Being a boy or girl does not mean you have to have those parts.” Most girls, most boys. Not all girls, all boys because gender identity and feelings and political ideology trump (no pun intended) science in this case. And we have to hit these kids with this as early as Kindergarten. Failing, I say. Failing bigly.

According to a college professor, Trump is a “eugenicist” because he says he has “good genes”. I have good genes for younger-looking skin, too. I attribute this to a Mediterranean diet and lots of olive oil. Clearly, we cannot say we have “good genes”, anymore, either because..he’s orange. Neener-neener.

Gettysburg College and the instructor both recognize that this incident is inconsistent with our commitment, detailed in our Freedom of Expression Philosophy, to sustain a community in which all members feel their ideas, opinions, and beliefs are respected and protected, even when those ideas are not shared universally.” -Gettysburg College

You think? Dr. Furster has since apologized and admitted to making a mistake. Oopsie. And we live in a world where college professors could just apologize for these mistakes and move on.

TDS is more widespread than Covid.

Yes indeed. Here’s a multiple choice question for you-Dr. Betty Furster is: a) The President of The United States, b) a qualified expert in the biological makeup of The President of the United States or c) a bitter hack of a college professor who is failing young minds. Dr. Furster is dumb. This question will cost you one point. No cheating and looking at your neighbor’s paper, now.