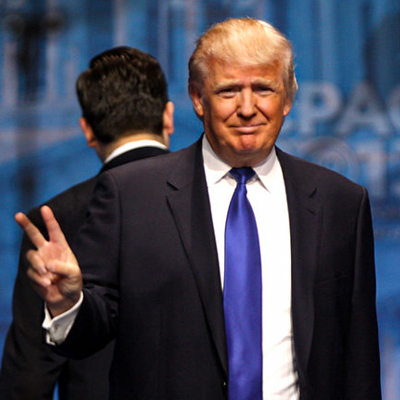 Donald Trump has been busy during this midterm cycle playing kingmaker, and it appears that he is enjoying it. But he probably enjoyed this Missouri Senate endorsement a little TOO much.

For those who haven’t paid attention to the state of Missouri, there is a open Senate seat this cycle, as Senator Roy Blunt (Republican) is retiring. Now, we cannot afford to lose any Senate seats, and with Georgia and Pennsylvania feeling very problematic, keeping Missouri in the Republican column is important. Real Clear Politics currently lists the seat as “Leans GOP.” Now, that could change after today’s primary, which is why Trump’s endorsement was important.

The top two GOP candidates for the Senate seat are current Missouri Attorney General Eric Schmitt, and former Missouri Governor Eric Greitens. Now, Greitens has a checkered history within Missouri politics. He was elected as governor of the state in 2016, but resigned in 2018 after admitting to an extramarital affair and facing campaign finance charges. His now ex-wife has also claimed that he abused both her and their child. Those allegations caused Greitens to sink in the polls, where he had been staging a comeback.

“I think it’s a case of the straw that broke the camel’s back,” said Gregg Keller, a Republican strategist in the state working with a pro-Schmitt super PAC. “I think Missouri Republican primary voters have, and rightly so, a lot of skepticism about what they read in the press.”

“But at some point, when Missouri’s former first lady comes forward and says Greitens beat her when they were married, and says the same thing about his young son, voters think, ‘The number and the seriousness of the charges against him are just too much for me. I’m tapping out.’”

Greitens’ ex-wife, Sheena Greitens, testified under oath in an affidavit this spring that Greitens had previously assaulted her and their 3-year-old son, leaving the child with visible injuries. Greitens has denied her claims made as part of ongoing child custody proceedings, insisting they were politically motivated.”

Eric Greitens, for his part, has carried on despite the abuse allegations, with a truly tone deaf campaign ad that… yeah.

Does this seem like an ad that someone wishing for broad statewide appeal when you have been accused of domestic abuse should approve?

“Today, we’re going RINO hunting,” Greitens, a Republican, said with a smile as he slid the action on his shotgun in the 38-second ad. RINO stands for “Republican in name only.”

Greitens and a team of men outfitted in military gear are then shown bursting into a home, guns raised.”

“The RINO feeds on corruption and is marked by the stripes of cowardice,” said Greitens. “Get a RINO hunting permit. There’s no bagging limit, no tagging limit, and it doesn’t expire until we save our country.”

With these missteps and his baggage, Eric Greitens should not be the GOP candidate from Missouri. And yet there are a LOT of Republicans who love the “hunting RINOs” talk, and Donald Trump knows it.

So last night, as the clock was ticking away before primary election day, Donald Trump made a decision. Go for chaos.

Trump endorses “ERIC” without saying whether it’s Greitens or Schmitt. A truly bizarre ending to the battle of Erics. pic.twitter.com/FTIBWsZG5r

“There is a BIG Election in the Great State of Missouri, and we must send a MAGA Champion and True Warrior to the U.S. Senate, someone who will fight for Border Security, Election Integrity, our Military and Great Veterans, together with having a powerful toughness on Crime and the Border,” Trump said. “We need a person who will not back down to the Radical Left Lunatics who are destroying our Country.”

“I trust the Great People of Missouri, on this one, to make up their own minds, much as they did when they gave me landslide victories in the 2016 and 2020 Elections,” he added. “I am therefore proud to announce that ERIC has my Complete and Total Endorsement!”

Which meant both campaigns immediately claimed that THEY were the correct Eric being endorsed. (Hell, for all we know, Trump could be endorsing his own son.)

Honored to have the support of President Trump! We will MAGA! 🇺🇸 pic.twitter.com/NljSJqEQG5

🚨ENDORSEMENT—PRESIDENT TRUMP🚨I’m grateful for President Trump’s endorsement. As the only America First candidate who has actually fought for election integrity, border security & against the Left’s indoctrination of our kids—I’ll take that fight to the Senate to SAVE AMERICA!

Yes, this is pretty much epic trolling on Trump’s part. Now, Eric Greitens did also get the endorsements of Donald Trump Jr. and Kimberley Guilfoyle (who insists that Greitens is the “MAGA” candidate, but I have a hard time believing the political instincts of someone who was once married to Gavin Newsom), which might help some, but Greitens had Don Jr.’s endorsement back in April. Everyone was really waiting on the endorsement straight from President Trump, and this is what they got.

So as much as Eric Greitens might claim the endorsement is his, Eric Schmitt has an equal claim to it. After all, if Trump had meant to endorse Greitens, wouldn’t he have added his last name in a race with more than one Eric? Is Trump trolling everyone, trying to hedge his bets on damaged goods like Greitens, or trying to save face no matter the outcome? This kind of trollery, plus YET ANOTHER mention of the 2020 election (seriously, he HAS to stop this if he wants to be taken seriously), is distinctly unhelpful to the Republican party as a whole. The presidency is powerful, but if the last couple of years have shown us nothing else, control of Congress is equally as critical. Trump may want the presidency and the bully pulpit back in 2024, but he will need a Congress to work with once he is there. And stunts like this won’t help the American people.