Next post
Democrats: Any SCOTUS Nominee Will Be "Fundamentally Illegitimate" 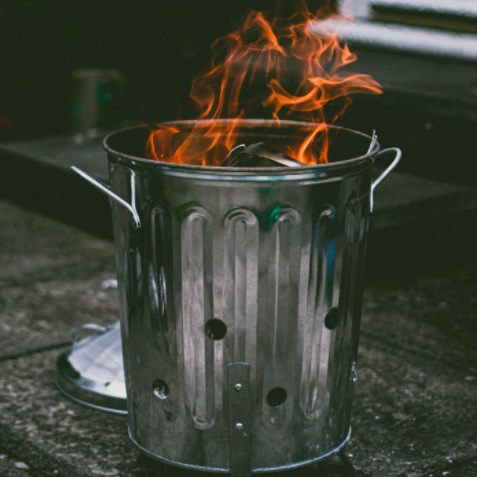 The Emmys were on last night, and few people cared.

In our current environment, you would think that an awards show – particularly one that has been upended in recent years with the invasion of popular shows from streaming platforms – would draw a lot of eyes from people searching for a little escapism. Well, it seems that if people want to escape, they are actually watching the shows. Not the show that gives out awards to the shows. And Hollywood has proved to be tone-deaf in the extreme during 2020, so why should the Emmys be any exeception to this narcissism? The ratings fell to an all-time low last year, and this year promised to be even worse.

Kicking off the evening in predictable fashion was host Jimmy Kimmel with… a Trump joke. Yes, because if one is a good little liberal puppet, one can never slam the Bad Orange Man too much.

The monologue started off okay, with obvious but clever cutaway edits of past audiences. But once the lights went up and no one was there…

"Of course I’m here all alone, of course we don’t have an audience. This isn't a MAGA rally, it's the Emmys." – @JimmyKimmel #Emmys #Kimmel @TelevisionAcad

Har har har. Although Jason Bateman’s cameo was at least amusing. But the jokes did not improve from there. In fact, one of the worst moments occurred when Kimmel and Jennifer Aniston were supposedly “burning off” coronavirus germs from the envelopes holding the winners’ names.

Jennifer Aniston puts out a fire and saves the #Emmys! pic.twitter.com/hUBfzVzTn8

Not only did they think they had contained the fire in the trash can, the stage crew had to tell them to put it out again when it reignited. This, in a state that is still battling wildfires. You want tone-deaf? THIS is tone-deaf. Read the room, people!

And that was before all the typical social justice platitudes got trotted out in front of the camera, as usual.

.@AnthonyAnderson was looking forward to the blackest #Emmys ever… #BlackLivesMatter pic.twitter.com/HFcTp1OfHR

Of course, no Emmys show would be complete without memorial tributes to actors like… Ruth Bader Ginsburg. Sadly, I’m not joking.

“On Friday we lost a great American. Ruth Bader Ginsburg was a compassionate and tireless champion of equality and justice, who said her legacy was to make life a little better for people less fortunate than she,” Kimmel said during the virtual awards show before introducing this year’s in memoriam tribute, which was performed by H.E.R.”

Winners Regina King and Uzo Aduba also mentioned Ginsburg during the evening, while wearing Breonna Taylor t-shirts during their acceptance speeches in order to make a point.

“The cops still haven’t been held accountable,” said King to the press after she accepted her award during the telecast. “She represents decades, hundreds of years of violence against Black bodies, Breonna Taylor does. I felt like wearing Breonna’s likeness, representing her and her family, and the stories that we were exploring, that were presenting, holding a mirror up to in ‘Watchmen,’ it felt appropriate to represent with Breonna Taylor.”

Naturally, excuses are already being made for why people wouldn’t be bothered to watch the Emmys. There was a Sunday Night NFL game on, there was a NBA playoff game. However, I would be willing to bet that the ratings for those games couldn’t possibly explain the decrease in viewers.

Simply put, the majority of the American public is exhausted with celebrity culture. After being through lockdown and pandemic and riots and economic upheaval, most Americans have little patience with the rich and famous patronizingly droning on about social justice, and graciously informing hoi polloi of their enlightened view of society. Where is Ricky Gervais when we need him?

So, while the celebrities who produce the entertainment that we are all supposedly “enjoying” during this period in time are patting themselves on the back, most people are just turning them off. Politics has seeped into every corner of life. You can’t get away from it – not in sports, not in TV shows, not in comedy, not ever.

No wonder Americans are just tuning out and turning the TV off. After all, you can’t be told that you will be MADE to care… if no one is listening in the first place. And if you’re dumb enough to light a trash can on fire on live TV, why should we even bother listening to you?