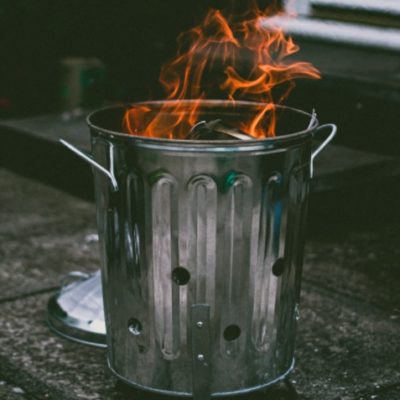 Yes indeed. A patriotic education for our schools and colleges is long overdue. In the last year, it has become glaringly apparent that anything to do with the founding of this Republic must be dismissed and disappeared.

“President Trump pressed his case Thursday that U.S. schools are indoctrinating children with a left-wing agenda hostile to the nation’s Founding Fathers, describing efforts to educate students about racism and slavery as an insult to the country’s lofty founding principles.”

Reading further into The Washington Post article, the reader is informed that this new campaign is not only an effort to further inflame Trump’s conservative base, it is part of conservatives spending decades attacking our great education system. All because we right-wing deplorables have had the utter gall to decide that sex education or lurid books were bad for our children.

See where I’m going here? Protect the education system at all costs…even as we learn that today’s Common Core, is an abject failure. After nine years of Obama’s Common Core, student math achievement is at a twenty year LOW. Fourth graders are declining further on reading achievement, and in fact there were no gains by students across the board in reading and math for 4th and 8th grade.

But that’s not all. Teachers are being trained to admit they are racist and that everything wrong in the United States has happened at the hands of white people. UnBoundEd is a training curriculum for teachers. At one such training last year, this is what the teachers were told.

“UnboundEd CEO Kate Gerson opened the institute, telling the assembled: “If you are under the impression that there are good white people and bad white people, you’re wrong.” Gerson informed her charges that racial biases are pervasive, universal, and something “you cannot be cured from.””

Is it any wonder why there are problems in education? Then the atrocity called the 1619 Project showed up. A project with a curriculum already written. A curriculum that a significant number of school districts bought into starting last fall. A project that tells us that 1619 is the REAL founding of this Republic, a founding based upon racism.

When you have prominent historians across the spectrum debunk most if not all of this project, then you know it trash. The problem is, that trash is now making its way through our education system. Meanwhile The NY Times is stealth editing portions of the project.

The rank intellect dishonesty of the 1619 Project is the only consistent thing about it. https://t.co/6t3qJUL2TG

Ida Bae is working overtime to “explain” the edits. And stepping on big rakes while doing so. If it was such a grand, fabulous and truthful accounting of REAL history, why the stealth edits?

What this 1619 project is doing is essentially teaching critical race theory. A theory that we are seeing as one that demands all whiteness is repudiated or else. It has been playing out in the corporate world, so much so that our in-boxes were inundated this summer with virtue signaling messages of support for Black Lives Matter and the NFL is tanking because of its foray into wokeness.

Critical race theory is the greatest threat to western civilization and it’s made its way into the US federal government, the military, and the justice system. pic.twitter.com/3DCunberU1

Don’t get me started on the white fragility crap that Darleen wrote about. President Trump was correct in ordering that crap out of our government agencies. It’s divisive and creates hostile workplace environments.

Which leads me to President Trump and patriotic education. For too long, much of our rich American history has been glossed over, ignored, or rewritten to be more politically correct.

President Trump wants to change that.

He is correct on this point.

“The left is attempting to destroy that beautiful vision and divide Americans by race in the service of political power. By viewing every issue through the lens of race, they want to impose a new segregation, and we must not allow that to happen.

Critical race theory, the 1619 Project, and the crusade against American history is toxic propaganda, ideological poison that, if not removed, will dissolve the civic bonds that tie us together. It will destroy our country.”

A patriotic education is not, as Rick Moran believes, a form of propaganda. Nor is wanting this education in our schools misguided.

“Contemporary politics aside, the real problem with Trump’s idea is that it’s far too limiting to talk about American history in such a monochromatic way. There is not a “patriotic” view of history, nor is there a “non-patriotic” view of history. There are the basic facts of “what happened” and then there are interpretations of what happened. The argument isn’t necessarily about America, it’s about the prism that we all look through as individuals to glean understanding from those facts of history. If you’re black, I daresay your interpretation of the same facts that a white person interprets will be different.”

How many high schools across this country have a Constitution class? How many colleges? How many elementary and middle schools teach a full semester on their state’s history? Our schools can and should teach about Jamestown, the landing at Plymouth, slavery, our fight for freedom, and much more. History, ALL OF IT, should be taught in our schools and colleges. It should be taught, not as an interpretation but in such a way as to promote critical thinking.

What Rick either fails to realize or ignores is that current education norms such as the ghastly 1619 Project teach a divisive one-sided politically correct history with zero room for counter-arguments to be made. The 1619 Project leaves out some very significant names in history. Buffalo Soldiers, Harriet Tubman, Katherine Johnson, Tuskagee Airmen, and more are left out.