Next post
Violence At The Protests, Who Is Responsible 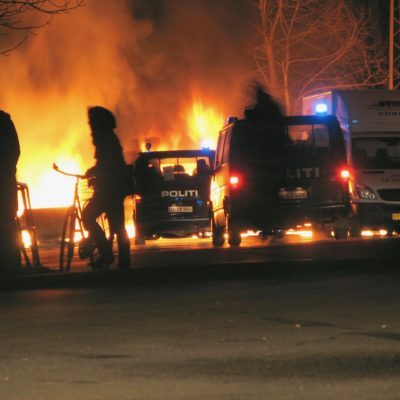 Resting in their gated communities, they virtue-signaling celebrities are at it once again, “fighting the good fight”. This time, they are uniting to pay bail for protestors.

Police brutality since her teeth were f#cked up. Classy. I also see Ms. Cardi B was able to get her nails done so screw the neighborhood salons that have been on lock-down that are now burned down with NO hopes of opening. As Cardi B, Beyonce and others fan the flames from the safety of their Instagram accounts, celebrities like Chrissy Teigen (Mrs. John Legend) are going all out-pledging to bail out protestors who have defaced innocent businesses and the like in the name of protest:

Okay. So we never thought former model, Chrissy Teigen was much of a rocket scientist. How people find her cute and funny and the least bit entertaining is beyond my understanding.

Here's how you can help as an ally right now. Put your anger, grief and sadness into action and help to pay bail for arrested protesters: https://t.co/UG9wouwDbx

Padma needs to pack her knives and stay the hell home. Justin Timberlake also threw in his two cents:

Please join me in supporting the Minneapolis protestors by donating to the @mnfreedomfund. The freedom fund is combatting the harms of incarceration by paying bail for low income individuals who cannot otherwise afford: https://t.co/tFr8Jh7TUX

…only to be owned by Ted Cruz:

Justin, how about giving your millions to a fund to help the African-American and Hispanic small businesses that are being burned & looted, rather than a fund to bail out the spoiled (often white) ANTIFA terrorists who are destroying minority communities?”-Ted Cruz

Celebrities don’t donate their millions to these funds because small,community funds are not what get them noticed. These selfish fools are all about-you guessed it-themselves and their vanity. They are all about what will get them the most approval and recognition in a time such as this. They do not donate to these community funds to help small businesses that have been burned and looted because this is not the narrative they have been told to recite.

Riddle me this: What would happen if celebrities gave their millions to help people like Abdishakur Elmi, from Somalia, who looked on in horror as his restaurant burned down. Will they help Janice Wilbourn of Atlanta rebuild her dress shop? How about Minneapolis firefighter, coach and community member Kb Balla’s bar that burned to the ground? Will they help him and his four children? Those kids may want a college education down the road.

And, let’s not even go there with the millions of dollars of affordable housing that are also going up in flames in these communities. Who is going to rebuild that? Where are families, who are at a disadvantage economically, going to go? Are celebrities going to host them in Hollywood Hills or out in Malibu? It’s as doubtful as their willingness to host members of migrant caravans across the border.

Instead, from the safety of their gated communities in their homes, celebrities and the elite will fund bail for more spoiled white grad-school students who got thrown in jail for destroying property that is not theirs. They will fund the “resistance” of thugs taking items that do not belong to them. They will encourage the brutality towards law enforcement officers-some who are just trying to make a living and come home to their families. They will bankroll and cheer on the burning buildings that housed families and young children who may not ever have a prayer of ever getting out from under the further oppression that their elite idols are now encouraging.

Seriously, celebs. You all did nothing to really help with the coronavirus lockdowns besides a few stupid videos lecturing us on how not to kill grandma. Now, instead of “we’re all in this together” and “stay home, stay safe” and whatever other platitudes you’ve blurted out a few weeks ago, you are basically encouraging people to go out and riot. Can I just say that you all are out-of-touch and irrelevant when it comes to any of this? The celebrities who are posting bail for these rioters are not encouraging the peaceful protest of which they speak. They are encouraging destruction, further depression amongst the masses and further division amongst the American people. Easy to do when the fires and utter destruction are not in their own backyard. Isn’t it time we held celebrities accountable for funding domestic terrorism? I’m tired of these individuals claiming to be part of a solution when all they are doing is fueling the problem. These are bad, evil, individuals and if nothing else, it is time we held their feet to the fire. Shall we start with the box office?