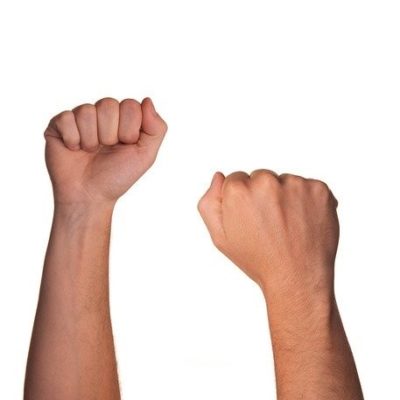 The United States is now in a full-scale cold war with China, and the embassy closures are just window dressing to much bigger issues.

China has always been engaged in active espionage in the United States, and with the change over from the hardcopy to the digital world, technological theft and hacking have become their tools of choice. Last Tuesday, the Department of Justice formally charged two hackers, Li Xiaoyu and Dong Jiazhi, with eleven indictments in an effort to gain information that is alleged to stretch back some ten years. The most recent effort by these hackers was seeing if they could get access to the computer systems of companies actively trying to find coronavirus vaccines.

In late January and early February, as the coronavirus ravaged China, Li tried to find security vulnerabilities in the networks of biotech firms in Maryland, Massachusetts and California that were studying coronavirus vaccines and treatments, according to the indictment. The hackers also allegedly targeted a California firm producing coronavirus testing kits.”

The indictments were filed in Spokane, Washington, because the initial discovery of Li and Dong’s hacking was at Hanford, a former nuclear energy research facility that is now a waste site.

Authorities discovered Li and Dong’s long-running campaign after they breached the Hanford Site, a Department of Energy nuclear waste complex in Benton County, Wash., in March 2015, according to William Hyslop, the U.S. attorney for the Eastern District of Washington. A private security firm working for the facility spotted the hackers and alerted the FBI, Hyslop said at the press conference.”

These indictments were coupled with the order from the United States government that China needed to close their embassy in Houston, Texas. The embassy in Houston closed on Friday, but it does appear that the staff burned more than a few papers on the way out – enough to put the fire department on alert.

And just in case China wasn’t certain of where the United States stood on policy, Secretary of State Mike Pompeo gave a speech last Thursday detailing just what kind of bad actor China has been and continues to be.

Next year marks half a century since Dr. Kissinger’s secret mission to China, and the 50th anniversary of President Nixon’s trip isn’t too far away in 2022.”

The world was much different then.”

We imagined engagement with China would produce a future with bright promise of comity and cooperation.”

But today – today we’re all still wearing masks and watching the pandemic’s body count rise because the CCP failed in its promises to the world. We’re reading every morning new headlines of repression in Hong Kong and in Xinjiang.”

We’re seeing staggering statistics of Chinese trade abuses that cost American jobs and strike enormous blows to the economies all across America, including here in southern California. And we’re watching a Chinese military that grows stronger and stronger, and indeed more menacing.”

Look, we have to admit a hard truth. We must admit a hard truth that should guide us in the years and decades to come, that if we want to have a free 21st century, and not the Chinese century of which Xi Jinping dreams, the old paradigm of blind engagement with China simply won’t get it done. We must not continue it and we must not return to it.”

As President Trump has made very clear, we need a strategy that protects the American economy, and indeed our way of life. The free world must triumph over this new tyranny.”

As expected, China did not take the indictments, the embassy closure (where the State Department forced their way in once Chinese officials had left), or the speech well. So they ordered the United States embassy in Chengdu (located in southwest China) to be closed. And as of this morning, the United States has closed up the embassy.

A statement from the State Department said that the Chengdu consulate suspended operations at 10 a.m.”

“The consulate has stood at the center of our relations with the people in Western China, including Tibet, for 35 years,” the statement said. “We are disappointed by the Chinese Communist Party’s decision and will strive to continue our outreach to the people in this important region through our other posts in China.”

The U.S. has four other consulates in China and an embassy in Beijing.”

The American flag was taken down at the Chengdu mission at 6:18 a.m., China’s state broadcaster CCTV said on its social media account.”

And as soon as the American staff was gone, the Chinese government got inside.

It’s pretty obvious that we are stuck in a “Suspicious Minds” style cycle with China, and that can be clearly seen in the president’s dismissal of expanding on any trade deals with them. Right now, we are seeing the consequences of the coronavirus coverup, the oppression in Hong Kong, and the outright denial of ethnic cleansing of Uyghurs. Any one of those issues would be enough to strain relations – all three together are enough to plunge us solidly into sub-zero levels of cold war. And Secretary Pompeo is right – it’s time to start treating China like the communist adversaries that they are, and modify OUR behaviors accordingly.

The embassy back-and-forth closures are really just shadow boxing for the larger issues at play. Secretary Pompeo’s speech is one worth watching or reading, because it shows that the Trump administration has a clear vision of what needs to be done to deal with China. Treating the Chinese government like the communist shitheels that they are is well overdue and absolutely necessary.