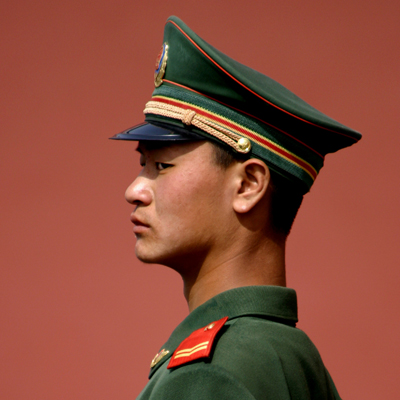 China just clamped down on freedoms in Hong Kong by passing a “security law” proposal on the supposedly autonomous city. Even worse, Beijing will enact the law by decree and bypass the local legislative process. It sounds rather like the pandemic “executive orders” that some governors have wielded here in the US, only even more draconian.

The preamble to the proposal, which passed at the end of Beijing’s annual “parliamentary” meeting (which I put it quotes — there’s nothing truly “parliamentary” about it) reads:

“In recent years, the national security risks of the Hong Kong Special Administrative Region have become prominent, and various illegal activities such as ‘Hong Kong independence,’ splitting the country, and violent terrorist activities have seriously endangered the sovereignty, unity, and territorial integrity of the country.”

The proposal passed with a vote of 2878 to one. What a surprise.

On Wednesday, police arrested over 360 people, most of whom were in their teens or early 20’s. As one 20-year-old protestor said, “I think maybe this is the last chance we have to fight back.”

The law will go into effect in September, and observers expect immediate crackdowns by Beijing. These may include the banning of activist groups while Chinese security agencies seek out violators. There will be renditions to China for trial and detention. Offenders could also receive long jail sentences. Even disrespect of the Chinese national anthem could bring criminal charges. As Lam put it, “Rights and freedoms are not absolute.”

“In China they never really define what exactly is ‘national security. So the law could change according to political expediency or political necessity.”

“Garrison officers and soldiers are determined, confident, and capable of safeguarding national sovereignty, security and development interests and maintaining the long-term prosperity and stability of Hong Kong.”

Chen was also one of the delegates to the National People’s Congress, which passed the proposal. My guess is that he wasn’t the lone vote against it.

So why is China cracking down on Hong Kong, even in the midst of the coronavirus pandemic?

China observer Gordon Chang says that one reason is because the Chinese economy is contracting. President Xi Jinping cannot rescue it, either. In fact, says Chang, rather than a V-shaped recovery, China is likely to endure a long, drawn-out L-shaped experience. The Wuhan virus has flattened export markets in the US and Europe and won’t recover anytime soon. 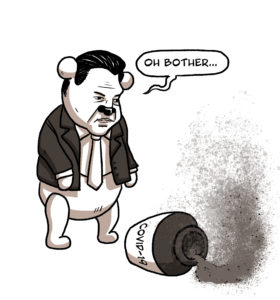 “There was this idea before about China being cautious and trying to cultivate its soft power around the world. Those times are gone with Xi Jinping.”

So Xi is resorting to propaganda and aggression. Last month China rammed and sank a fishing boat in disputed waters near Vietnam. A Chinese ship also shadowed a Malaysian oil company ship doing exploratory drilling. Beijing is also ramping up its long-simmering border dispute with India.

“Hong Kong is being perceived more and more as a base of surveillance, as a factor in the destabilization of the Chinese state.”

As a result, Secretary of State Mike Pompeo announced on Wednesday that the State Department no longer considers Hong Kong to be autonomous, which means that the Trump administration may discontinue its special trade relations with HK. Such moves would be some of the harshest punishments leveled against China in years. And Hong Kong’s 7.5 million residents would see their lives upended even further.

The United States also joined with Canada, Australia, and the United Kingdom in a joint statement condemning China’s proposal to impose the national security law.

Canada, US, UK, and Australia have just issued a joint statement on China’s move,' saying it 'lies in direct conflict with its international obligations under the principles of the legally-binding, UN-registered Sino-British Joint Declaration.' pic.twitter.com/Omprh7vIlS

Plus, Taiwan is offering sanctuary for HK residents who want to flee China’s crackdown. President Tsai Ing-wen announced that the little country will draw up a humanitarian aid plan to help Hongkongers who wish to escape tyranny.

Today I asked the Executive Yuan to draw up a humanitarian assistance action plan for #HongKong citizens that lays out clear, complete plans for their residence, placement, employment, & life in #Taiwan as soon as possible. pic.twitter.com/XYBTe89WyD

Not only that, but while Taiwan does not accept refugees, the nation will adopt looser measures for Hongkongers to live there with work visas. In fact, last year over 5000 people from HK moved to Taiwan, representing a 41 percent increase from the previous year. You can imagine how much that number will jump in 2020.

Poor little Hong Kong. Will she lose her freedoms once and for all, swallowed up by the voracious Chinese dragon?