Chinese Ambassador Dances Away From Uyghurs

Chinese Ambassador Dances Away From Uyghurs 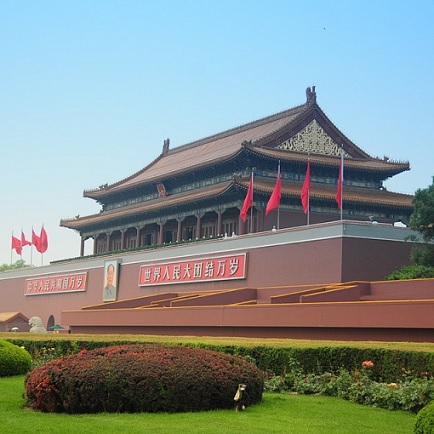 Not since the days of “Baghdad Bob” has there been a spin, deflect, and dodge manuever quite like the one that Chinese Ambassador to the UK Liu Xiaoming tried to use on the BBC.

Ambassador Liu had a whole lot of spin to spread during his interview with BBC presenter Andrew Marr, like “Hong Kong is totally respected and free” (say what?) and “the UK is missing out on great Huawei 5G” (suuuuure).

But then Marr asked the Chinese ambassador about the drone footage of ethnic Uyghurs being loaded up onto trains.

Now, this footage has been out there for quite a while. CNN International reported on it back in October of last year, and experts estimate that the video may have been taken in August of 2018. We don’t know who shot it, or who managed to get it out of the country or loaded onto the internet, but the sheer bravery involved in flying a drone over this and taping what was happening is simply incredible. Note to everyone bitching and moaning about DHS police in Portland – does anyone have any fear of being “disappeared” for reporting on it? No? So much for this being a “banana republic,” huh?

If the footage doesn’t send chills down your spine, I don’t know what to tell you.

This video has only just now gone viral on Twitter, raising the public consciousness yet again – in stark, haunting imagery – about what a hideous communist dictatorship China is, and what it is doing to the Uyghur population.

When presented during the interview to the Chinese ambassador by Marr, Liu tried a pirouette and grand jeté that would have made Anna Pavlova proud.

If you’re wondering what the actual hell you just heard, that is called some high-quality made-in-China spin.

In the appearance on Mr Marr’s show, Liu Xiaoming suggested that the video footage – said to be from the north-western Xinjiang province – which seems to show men kneeling, blindfolded and waiting to be led onto trains, was “fake”.

And he hit out at “so-called Western intelligence”, accusing US, UK and European governments of making repeated “false allegations” against China.”

Mr Liu said: “There is no so-called massive forced sterilisation among Uighur people in China. It is totally against the truth. I cannot rule out single cases for any country. There is no such concentration camp in Xinjiang.”

If anyone knows how to say “bullshit” in Chinese, now is the time to say it.

Note the long 5 second pause before the ambassador can gather his wits enough to shift gears into straight-up denial. And then it’s “have you been there? Where did you get this? Xinjiang has a lot of terrorist attacks, so of course they need prisons!” And then has the balls to suggest that “so-called Western intelligence” has doctored this footage to make China look bad.

And these are the people that the NBA is busy bowing to, in pursuit of those sweet, sweet yuan. Keep remembering that.

So what can be done? There is a difference here between what SHOULD be done, and what CAN be done. We SHOULD drop a few bombs, but it doesn’t seem that there is any appetite for war, even with the genocidal scale of Chinese atrocities being committed. So what CAN be done? Welcome to the economic Chinese Cold War, and the average American needs to play a part.

There is a 21st century Holocaust happening in China right now, and once again the world is completely indifferent. But YOU don't have to be. #BoycottChina

The only languages the Chinese communist leadership understands is either the message of a bomb being dropped or the dollars drying up. Since the former isn’t going to happen, we’re going to have to opt for the latter. The latter is also the language that these American companies speak as well. How will they be any better in the eyes of history than a Krupp or IG Farben? Instead of falling all over themselves to put out pro-BLM statements, they should be trying to figure out how to disengage themselves out of the Chinese labor market in order to make sure that no Uyghur slave labor is touching their products. And every American consumer should be more concerned about THAT, than the “diversity” of companies or their “anti-racist” language.