Next post
Lithuania: Now a Dystopian World of the Covid Pass 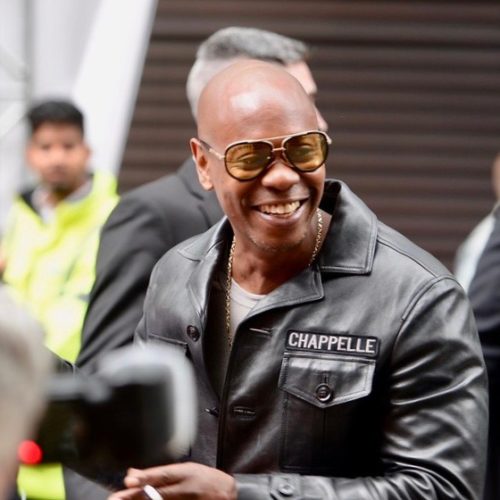 If you’re a liberal, you may think comedians like Kathy Griffin holding a severed Trump head covered in ketchup are funny. You may think Jim Carrey’s political artwork from the Trump era is amazing. You may no longer think Dave Chappelle is a riot.

In fact, you may completely divest yourself of enjoyment of some of Chappelle’s classic skits. You may no longer find unity in laughing about the Charlie Murphy and Rick James escapades. You may think Chappelle’s latest episode could be filed under “When keeping it real goes wrong”. Vernon Franklin, Darius James and Brenda Johnson have nothing on Dave Chappelle, especially when he says something as “bigoted” and “hateful” as this:

That habitual line stepper, Dave Chappelle, all but admitted he was a trans-exclusionary radical feminist (TERF)! Oh, the horror! Don’t know what a TERF is? Here’s more:

Trans-inclusive cisgender radical feminist blogger Viv Smythe has been credited with popularizing the term in 2008 as an online shorthand. It was used to describe a minority of feminists who espouse sentiments that other feminists consider transphobic, including the rejection of the view, predominant in feminist organizations, that trans women are women, opposition to transgender rights, and the exclusion of trans women in women’s spaces and organizations.”-Wikipedia

TERF, Dave Chappelle did more than get mud all over Charlie Murphy’s couch stepping on this turf. In came the negative reviews. The Guardian provided a commentary on his “aggressive gags and feeble protests” and “phobic jokes”. Indiewire called Chappelle “out of date” and called Chappelle nothing but a narcissist who wants to “settle a score”. NPR accused Chappelle of using his “white privilege”:

Too often in The Closer, it just sounds like Chappelle is using white privilege to excuse his own homophobia and transphobia.”-Eric Deggans, NPR

Wait, what? Vulture went in for the kill:

It’s hard for people to trust that you respect the queer community when you announce that you’re “team TERF,” make a point to mix up the letters in “LGBTQ,” and pepper your work with the slurs your peers have largely hung up when the reason you offer for easing off of those kinds of jokes in the future is that you don’t want to go out like J.K. Rowling, DaBaby, or Kevin Hart. In Chappelle’s eyes, these are examples of the mountain-moving power of LGBTQ rage.”-Craig Jenkins, Vulture

The sheer rage! He got the letters of the LGBTQIA+ alphabet soup wrong! The horror and hate of Dave Chappelle is palpable!

What these reviews neglect to mention is Chappelle’s nod to a trans woman and comedian named Daphne Dornan. Chappelle mentored her. (He must’ve been using that white privilege again.) The tragedy takes a sharp left turn when Dornan defended Chappelle and became a target for abuse by other trans activists. Subsequently, Dornan committed suicide a few days later. Chappelle started a trust for Dornan’s young child.

Yes, you’ve read that correctly. Daphne Dornan committed suicide after being harassed by the very people who were supposed to be her advocates. But Cracked has more to say:

Unfortunately for those of us who were looking forward to a 90-ish minute break from of the dystopian hell hole of our reality, it seems the excitement surrounding the release was short-lived – all thanks to his absolute trash-tier takes on transgender people.”-Carly Tennes, Cracked

Dystopian hellhole of our reality? Really, Carly? If Dave Chappelle uttering “gender is a fact” throws you into a tizzy of triggered and sends you retreating to your safe space with your blanket and some cuddly stuffed unicorns, you clearly have no idea of how dystopian we have really become. Just this week alone here in America, we’ve watched as members of the press were again ushered out of the room to prevent the asking of questions of our incompetent President who wants to print more money we do not have, to give to people who choose not to work while those who WANT to work are being fired for refusing a shot in the arm. Oh, but this funny money will assist in getting the supplies to stores that may be shut down due to lack of staffing from a politicized virus. Our kids in our schools get “exposed” to said politicized virus and have to remain home on house-arrest for two weeks but kids who do drugs in school or start fights in classrooms return after being sent home for the day. Some shoot their teachers in the back and get immediately released from jail. Dystopian hellhole much?

The weapons deployed in pursuit of this fantasy are those that are always used by those seeking to impose utopia on free people: the brutal hounding of dissent, the capture and control of every single cultural institution, the indoctrination of the young, cancellations, bullying. The costs are mounting. Across the West, people are being fired, targeted, prosecuted, even jailed, for stating biological facts. Children are being medicated with off-label drugs — ‘puberty blockers’ — that can permanently sterilize them, arrest their neurological and mental development, and deprive them of the ability as adults to experience an orgasm.”-Andrew Sullivan, Substack

But please, liberals, go on with your “dystopian hellhole of reality” bit. We know Chappelle just pounced all over this. All you wanted were some sunshine and rainbows and lies. When, oh when, will comedians start talking about killing Donald Trump again and leave the trans community alone? And, making fun of Barron Trump’s autism? Yeah, that $hit was hysterical.

Gender is a fact.

Dave Chappelle is brilliant because he is right. It’s called the truth. And the truth’s a hell of a drug.