Next post
Dave Chappelle Steps On The Wrong Turf 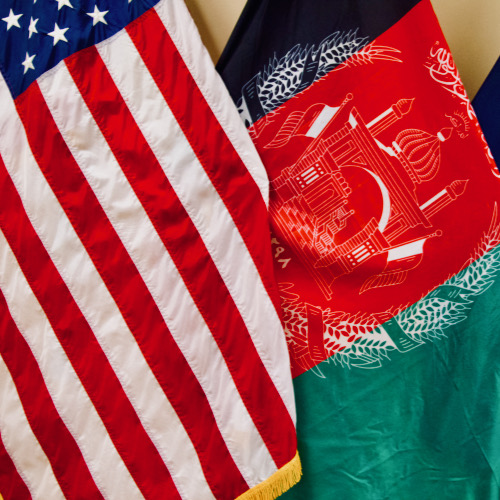 Fighting terrorism is not on the Taliban’s agenda. The U.S. and the Taliban are evidently holding high-level diplomatic discussions this weekend, and one of the key topics was terrorism.

Senior Taliban officials and U.S. representatives are to hold talks Saturday and Sunday about containing extremist groups in Afghanistan and easing the evacuation of foreign citizens and Afghans from the country, officials from both sides said.

It’s the first such meeting since U.S. forces withdrew from Afghanistan in late August, ending a 20-year military presence there, and the Taliban’s rise to power in the nation. The talks are to take place in Doha, the capital of the Persian Gulf state of Qatar.

Taliban spokesman Suhail Shaheen, who is based in Doha, told The Associated Press on Saturday that the talks will also revisit the peace agreement the Taliban signed with Washington in 2020. The agreement had paved the way for the final U..S. withdrawal.

First, as we’ve noted multiple times since the Afghanistan withdrawal began in July, the Biden Administration is totally at fault for screwing up the withdrawal, which led to thirteen American soldiers being killed. Generals need to be fired along with many at the State Department over this debacle.

Secondly, the new Taliban government is made up of the same OLD Taliban rulers prior to 9/11. Which means, the country is once again in the hands of terrorists who are in bed with ISIS and the Hezbollah among others.

But we are supposed to trust that THIS Taliban government is the kinder, gentler government. Right?

So many of us warned that the #Taliban would use the #biometric databases to hunt down & kill our #Afghan wartime allies. Our worst fears have come to pass. #SameEvilTaliban https://t.co/NA5cR0pEbj

Girls schools have been shut down, burkhas are mandatory, women have been forced out of their jobs and murdered, and musicians are killed because they sing the wrong music.

What to do about those, including young kids and students, interpreters and their families still in Afghanistan and desperately trying to get out? Why, let’s jaunt off to Qatar and have MORE negotiations with the Taliban. ‘Maybe this time they’ll place nice’ is the head-in-the-sand thinking of the Biden Administration.

The United States, meanwhile, would seek to hold Taliban leaders to commitments that they would allow Americans and other foreign nationals to leave Afghanistan, along with Afghans who once worked for the U.S. military or government and other Afghan allies, a U.S. official said.

Except, as Matt Zeller noted in his tweet above, the Taliban is actively seeking out former members of the Afghan military, interpreters and others who helped the U.S. and arresting them, or worse. So, we are supposed to trust the Taliban? That they will agree to let them board a plane and leave Afghanistan? That would be a solid NO from me.

One other topic of discussion this weekend is trying to persuade the Taliban to help fight terrorism. I’ll admit, I laughed hysterically at reading that. The Biden Administration is full of head-up-their-ass idiots. The Taliban knows it and this was their pronouncement this morning.

However, Taliban political spokesman Suhail Shaheen told The Associated Press there would be no cooperation with Washington on containing the increasingly active Islamic State group in Afghanistan. IS has taken responsibility for a number of recent attacks, including a suicide bombing Friday that killed 46 minority Shiite Muslims and wounded dozens as they prayed in a mosque in the northern city of Kunduz.

“We are able to tackle Daesh independently,” Shaheen said, when asked whether the Taliban would work with the U.S. to contain the Islamic State affiliate. He used an Arabic acronym for IS.

Read that comment from Shaheen again. In other words, the Taliban, as rational thinkers have long known, is in bed with ISIS. Wanna bet that the funding ISIS gets (how much from Iran I wonder) is helping fill the Taliban’s coffers?

Of course they won’t, and journalists who spread the nonsensical notion during that the Taliban were enemies with ISIS helped provide cover. The Taliban literally set ISIS fighters free at Bagram. And that suicide bomber didn’t get through a Taliban checkpoint by chance. https://t.co/EhHXGfzCOd

Hot Air’s Jazz Shaw asks a very important question about these “negotiations.” Given the Taliban has announced they will let ISIS do whatever the hell they want in Afghanistan, including bombing mosques, and on the world stage; what OTHER concessions is the Taliban demanding and will the U.S. cave on those?

Given that the State Department and the DoD generals let the Taliban have free reign during the withdrawal and willingly provided them with information during the same, you can bet that there will be lots of giveaways.

Feature Photo Credit: US and Afghanistan flag at Kandahar Air Base March 2018, via Flickr, cropped and modified