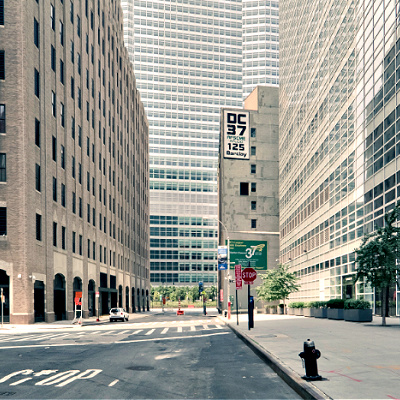 Last night, New York Governor Andrew Cuomo called a press conference in which he threatened that Donald Trump would need an Army to come to New York. If you have read Victory Girls before, you know none of us are overly fond of the Governor. If you have not read Victory Girls, welcome, and you can read a few samples of our Cuomo posts here, here, and here. The son of Mario the Pious is a thug and a bully. So, no one is surprised that he would go after Donald Trump.

Andrew Cuomo is under massive fire for the number of Covid-19 nursing home deaths in his state. Thanks to his comrade in arms, Mayor Bill deBlasio, citizens are fleeing New York City for safer and more tax friendly climes. The crime rate is soaring in NYC, and with restaurants closed for indoor dining, no tourists are coming any way. Oh, and if you come to the state of New York, you better be prepared for quarantine. Sounds like the state is super fun.

“My Administration will not allow federal tax dollars to fund cities that allow themselves to deteriorate into lawless zones,” said the memo released by the White House.

It instructed Attorney General William Barr to work on jurisdictions that “permitted violence and the destruction of property to persist and have refused to undertake reasonable measures.”

In a separate interview with CNN, Barr said the Justice Department was looking into the movements of the protest movement antifa.

And, Capo Cuomo responded in his press conference:

“He better have an army if he thinks he’s gonna walk down the street in New York. New Yorkers don’t want to have anything to do with him,” the Democrat said, all but threatening the commander-in-chief.

But Cuomo — who, like Trump, hails from Queens — wasn’t done. “He can’t have enough bodyguards to walk through New York City, people don’t want to have anything to do with him.”

You can listen to the whole thing here:

Do you think Donald Trump, the United States capo di tuti capi is threatened by “single and ready to mingle” Cuomo? Don’t make me laugh.

Cuomo says that Trump HAD to move to Florida because everyone in New York hates him. That’s not entirely true. Remember Representative Elise Stefanik from the Impeachment Trial? She tweeted:

Those Trump boat parades are pretty epic. Plus, Antifa has skateboards but not boats so you are safer on a boat. Rim shot!

The Secret Service would never allow it, but I bet Donald Trump could walk down Fifth Avenue safely, as he did with Brian Kilmeade on Celebrity Stroll, almost five years ago.

Why did Trump leave New York City? Forbes cited all the different kind of taxes that are different in Florida. The income tax, real estate taxes, corporate taxes and estate taxes. I suspect there are other factors. The Secret Service would probably find locking down Trump Tower a nightmare. Trump may have felt it was too much of an imposition on his tenants. He may have felt getting into and out of the city would be a mess. You know what happens when the United Nations has a confab in NYC. Then, there is the New York Attorney General who would love to get something, anything, on Trump. No, Governor Cuomo, Donald Trump didn’t move to Florida because he didn’t feel the love.

Andrew Cuomo must really be feeling the heat. Not only from the Covid-19 deaths, but also from the tax base fleeing New York. New York was named, last month, as the state with the worst economic outlook. You’re Number One. Woo hoo! For, get this, the seventh year in a row. Hey, that’s seven of the nine years that Governor Party Tits has been in charge.

Yes, Governor, you threatened Donald Trump, but the joke’s on you. The way people are fleeing New York, Donald Trump could walk down the empty streets of the city with no security. Cuomo, you may want to book your U-haul in advance. They are all taken right now.