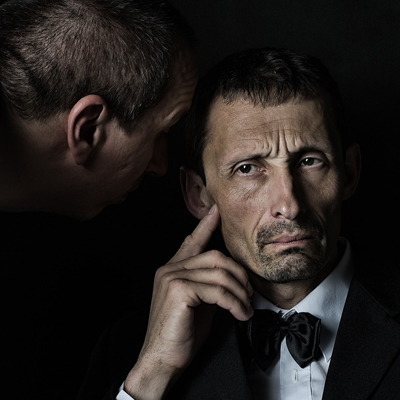 Perhaps it’s because they’re afraid that the persistent rioting might sway the election to President Trump. But the Washington Post has published an opinion piece which in essence threatens voters to vote for Joe Biden. They assert that if Trump loses, he will not concede the election. And all hell will break lose.

So if the rioting, burning, looting, shootings, and general mayhem are making you edgy, then you’d better vote for Joe. Otherwise you’ll get more of the same.

In a piece entitled “What’s the worst that could happen?” author Rosa Brooks predicts that the election “will likely spark violence — and a constitutional crisis.” But there’s one way to avoid that, she advises.

Make sure Joe Biden wins in a landslide.

Brooks and colleagues from something called the “Transition Integrity Project” assembled several scenarios — war games, if you will — of the what post-Election Day America will look like. They include the following:

But only if Biden wins bigly will there be a chance of peace returning to the nation, maintains Brooks:

“A landslide for Joe Biden resulted in a relatively orderly transfer of power. Every other scenario we looked at involved street-level violence and political crisis.”

That’s because Trump will refuse to concede, of course, ushering in an American Apocalypse.

First, Trump will tweet stuff like “MILLIONS of illegal ALIENS and DEAD PEOPLE” have voted. Then his supporters will take to social media accusing the “Deep State” of stealing the election while Fox and OAN networks concur. Attorney General Bill Barr will also get into the act by launching an investigation into mail fraud and links between the Democratic Party and Antifa (yes, really). Plus, Trump supporters will dox Biden electors in swing states, accusing them of connections with George Soros.

And that’s before the violence erupts as Biden voters take to the streets — protesting peacefully, of course. Meanwhile, Trump will use Twitter to call out his goon supporters to break the heads of Biden protesters. Finally, after the carnage continues unabated, Trump will invoke the Insurrection Act and send in military troops to “Teach these ANTI-AMERICAN TERRORISTS A LESSON.”

And it’s not even Thanksgiving yet! wails the Washington Post.

But that’s just one scenario. All the others look calamitous as well.

The Washington Post, however, aren’t the only media to predict chaos, violence, and troops in the streets should Trump lose. A little over a month ago CNN served up their own doom-and-gloom prophecy. That was precipitated by Trump wondering aloud to Chris Wallace if the pandemic might delay the election.

So CNN called up retired Col. Lawrence Wilkerson, former Chief of Staff to Colin Powell, to look into his crystal ball. Wilkerson also set up his war game strategies.

But this is CNN, and Wilkerson is no fan of President Trump, having compared him to the “mafia.”

As for the “Transition Integrity Project” — it’s equally sketchy. First of all, author Rosa Brooks, a Georgetown University law professor, is a co-founder of this group that may be linked to none other than George Soros. Plus, Brooks used former RNC chairman Michael Steele and Bill Kristol as the GOP “players” in her war game scenarios, which is laughable. Not only did Kristol co-found the anti-Trump “Lincoln Project,” but Steele is a proud card-carrying member of that group, too. In fact, he recently joined the NeverTrump group as a Senior Adviser. As for Kristol, he announced in February that “we are all Democrats now.”

Some GOP “players” those two are.

As far as the dire threats of the military prowling the streets of American cities on Trump’s command — fuggedaboutit. Kurt Schlichter, another retired Army colonel as well as attorney, pooh-poohs such nonsense. Schlichter himself participated with the California National Guard during the Los Angeles riots, so he knows a thing or two about urban violence. Truth is: you can’t expect to get anything done in non-cooperative Democrat areas. They will not assist troops in any way. As Schlichter writes:

“Bottom Line: All in all, sending military forces into a non-permissive environment in a blue city is a recipe for disaster.”

As far as the National Guard seizing ballots — which is another one of the WaPo’s scenarios — that cannot happen. Period, end of story. Even if Trump were to declare ballots to be fraudulent, soldiers have no legal authority to destroy them. What’s more, under the US Code of Military Justice, if a soldier chooses to follow an unlawful order he can face criminal penalties.

This conspiratorial dreck of the Washington Post and the Transition Integrity Project are nothing more than paranoid fantasies of liberals who are afraid of another four years of Trump. They know that Joe Biden is a weak candidate. They also know that the party has nothing to offer middle class traditional Americans. So now they’re using scare tactics to intimidate voters into casting their lot with Biden. Otherwise the chaos will continue.

Nice country ya got here. Be a shame if somethin’ was to happen to it.