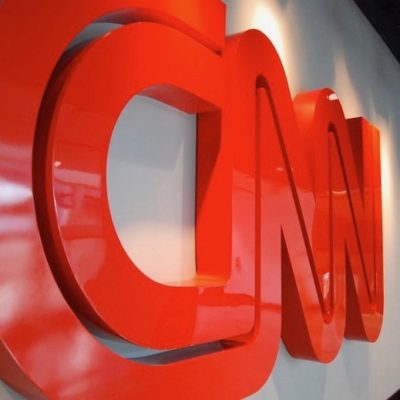 by Lisa Carr in media 3 Comments

Grab the tissues, cue in the violins, President Jeff Zucker of CNN made the oh-so-sad announcement that the network will cease operations of the CNN Airport Network as of March 31st this year.

I know what you’re thinking. No longer will you be the subject and captive audience of Jim Acosta’s love affair with himself. No longer will we have to hear Don Lemon and his “Lemon panels” making fun of the “uneducated boomer rubes”. The CNN Airport Network is going bye-bye.

“Hillbillies” will no longer have to hear Anderson Cooper muse about how much he thinks they love Olive Garden and love to stay at the Holiday Inn whist waiting for their flight from DFW to Dulles. No longer will white men, “the biggest terror threats in this country“, have to watch painfully, “Reliable Source”, Michael Avenatti on Brian Stelter’s program. No longer do passengers have to endure Chris “Fredo” Cuomo’s lamentations that “hate speech is excluded from protection under the First Amendment” at the airport bar.

Tell us you’re sad the CNN Airport Network is shuttering operations. Go ahead.

Just with this tweet my airport experience just improved immensely.

I know many of you are wondering…does anybody watch CNN?

Having to say goodbye to such a beloved brand is not easy … I am sure most of us have a story to tell about which airport we were at when we first learned of a major news event.”-Jeff Zucker

Beloved brand? I know many air travelers who are exhaling big sighs of relief right now. I also know a certain airline pilot who is ecstatic about this news. I mean, the only thing worse than being stuck at a boarding gate is being stuck at a boarding gate with CNN on-loop, am I right? Making airports great again. It is now, finally safe to travel…or is it? While the prospect of CNN and its cast of characters not running on televisions in airports across the nation can make some travelers giddy, this decision from Zucker begs the question:

The steep decline in airport traffic because of COVID-19, coupled with all the new ways that people are consuming content on their personal devices, has lessened the need for the CNN Airport Network.”-Jeff Zucker

2021 is now upon us. As we rang in the new year, my husband, son and I toasted to 2021 with our large, hot cups of TheraFlu. We all were on house-arrest and all popped positive for the ‘Rona a few days before. Luckily for us, we all have recovered-our worst symptoms being the relentless, persistent thunderclap headache, brain fog (for me) and fatigue coupled with the signature loss of taste and smell. My husband has since returned to the cockpit, our son is back in (virtual) school and I am back to work. Coronavirus is real and not a hoax and yes, it can be very serious to some and those people need to take the necessary precautions. But, the virus, for those of us realists, has become a fact of life and we’re learning to live accordingly because life simply doesn’t stop. People are going to get this thing. The virus has overtaken news networks such as CNN-driving narratives, driving bias, driving division and driving fear for the past year. Mission accomplished, CNN. Now they ground themselves after they ground all of us and get Biden elected. Thanks for that, Zucker. The efforts, sadly, do not go unnoticed. What’s next on airport televisions? As Donald Trump says, be careful what you wish for:

That creates a significant gap in imperialist propaganda.

And if they have their way, our airports will be even more sparsely populated because only the elite (who’ve already had their COVID-19 vaccines) will travel while our grandparents await theirs and spend their last days confused, scared, depressed and alone. The media, to include beloved brand (cough) CNN, is largely responsible for this and I resent them all. My plan now that I am over the ‘VID? To get on a plane before March 31st so I can watch CNN at the airport one last time. I want to be able to stand there in my mask (that is required but clearly didn’t protect me) and flip them all off at the boarding gate before we go wheels-up!