Next post
Democrats Try To Force 25th Amendment Use 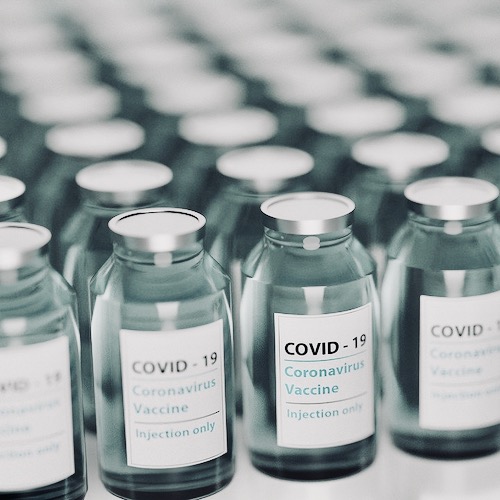 The vaccine rollout for New York has been a clunky debacle. And the responsibility for that massive amount of clunkiness is Andrew Cuomo. He has changed up who gets what where, when, and how the vaccine is to be distributed so many times, the entire state has neck spasms from the whiplash.

Now though, as of yesterday, Cuomo is seemingly super concerned that people aren’t getting the vaccine. So, reluctantly and per the CDC guidance, people 65 and older are now eligible for the vaccine. EXCEPT Cuomo has concerns.

“Cuomo noted that the new guidance could create more headaches in the vaccine rollout. He said there is no sub-prioritization for people 90 years old with health complications, for example. He added that if the current rate of dose allocation continues, it will take about six months to vaccinate everyone 65 and older, as well as the other eligible groups such as health-care workers.

“So you’re telling people today, ‘You’re eligible,’ but you’re simultaneously telling people, ‘We don’t have enough dosages to get to you for the next six months,’” Cuomo said. “Is that helpful? I don’t think so. I think it creates more frustration and more anxiety.””

As I noted last week, the state had well over 600,000 doses, yet less than 1/3 were administered by January 3rd. Why? For some reason Cuomo decreed that the vaccine could take weekends and holidays off. Fast forward to this week and we find out that New York is having to THROW AWAY vaccines. Cuomo runs his mouth and blames everyone else but him for his policies that set that in motion.

The clunky vaccine rollout is going to get better anytime soon. You see, Cuomo and the idiotic New York department of health have decided to make it as difficult as possible for people, especially the elderly, to sign up and get the vaccine.

“I tried to make an appointment yesterday on the website, and it just kept reloading,” he said. “For three hours I tried, nothing.

“I was here at 8:30 this morning. They came out and said, ‘Here’s a phone number to make an appointment.’ So I went home to call the number, but it turned out to be off by one digit.

“So I came back here, got the right number — and now I can’t get through because it requires a pass code. I asked someone what the pass code is, they said they don’t know, there’s something wrong with the line.’’

Joseph Codispoti, an 83-year-old cancer survivor from Bensonhurst, Brooklyn, futilely tried to get his vaccine at the same site Monday, too.

Oh, but there’s more. In some locations, any number one needs to contact to sign up for the vaccine was taped to garbage cans. In other places, healthcare folks didn’t even know HOW to help people navigate the process.

Furthermore, for the elderly to sign up, it helps if the website is working. Which it isn’t most of the time.

Young people are trying to make appointments for their parents—and even they’re having trouble navigating this buggy, complex system.

This is not how you roll out the most important vaccine of our lifetime.https://t.co/zS77Vng1dE

Moreover, in order to determine if you, at 70 years old, can get a vaccine appointment, you have to navigate through several pages and ultimately answer FIFTY ONE questions! I kid you not.

As noted above, a significant number of seniors aged 70 and above are not computer savvy, and many don’t even own a computer. Furthermore, for some of the seniors in long term care facilities (who Cuomo endangered because of his arrogance), they will need the vaccine, but aren’t capable of navigating a clunky website and answering asinine questions in order to prove their eligibility.

Quite honestly, nearly every state (especially the Democrat run ones) are making this vaccine rollout more difficult than it should be!

Also, empower, hospitals/healthcare systems to cooperate and coordinate with each other to get the vaccine to everyone as quickly as possible.

“Besides planning, there has also been an unusual level of cooperation among health systems that are natural competitors. As part of the plan, the state was divvied up among five vaccine providers: The big three health systems, Avera, Monument and Sanford, as well as Mobridge Hospital and the Northern Plains Health Network. The providers agreed to take counties in which they didn’t have a presence, something Secretary of Health Kim Malsam-Rysdon said she appreciated.”

Instead of designing a clunky unworkable vaccine rollout system, South Dakota healthcare is utilizing existing highly effective methods of care delivery to get the vaccine out to everyone in the state. What a concept!

Yet our elderly in New York continue to suffer because of Andrew Cuomo’s arrogance.

Indeed. The celebrity governor continues to fiddle while the clunky vaccine rollout lurches along. I keep wondering when the last straw will show up for New Yorkers. One of these days…