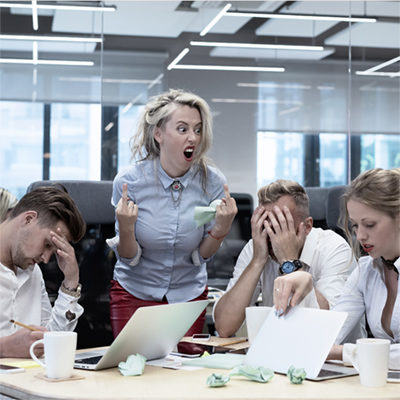 Next post
The Empire Strikes Back: Liz Cheney Blasts the GOP 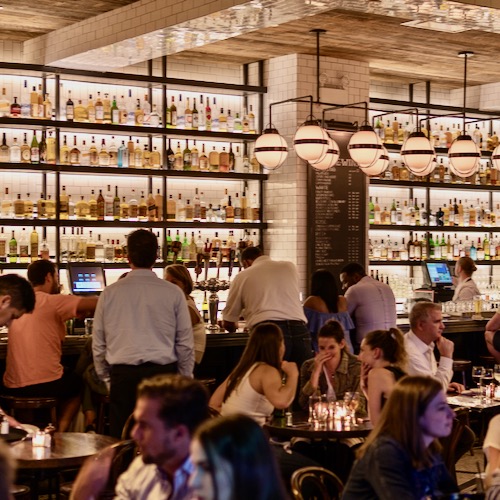 The restaurant relief fund isn’t for every restaurant affected by the asinine Covid shutdowns. The relief fund comes with restrictions. If you are a white restaurant owner, get to the back of the line.

This restriction is in place right as restaurants are facing a labor shortage. Of the ten million jobs lost in 2020 because of the shutdown, restaurants accounted for one in FOUR of those jobs. So one would think that reopening to 50% or even 100% capacity would mean people are lining up to go back to work. Right? Wrong.

“Fazoli’s CEO Carl Howard told QSR this affects restaurants up and down the ladder, from the front to the back and outside the restaurant. Distribution companies are struggling to find drivers because of unfavorable hours. Some suppliers raised prices in response. Product can be hard to come up.

Specifically for hourly restaurant crew members, though, Howard didn’t mince words. “If I was a kid and I didn’t really have a career path, and I’m 22, and I’m working at Fazoli’s where I’m trying to figure it out, and I’m making all this money to stay at home, I’m playing PlayStation till four o’clock in the morning. I’m not going back to work. Are you kidding me?””

In St. Louis, there was a job fair specifically for the restaurant industry this last weekend. There were 75 jobs available. Were there 75 or more applicants who showed up to the job fair? Not hardly. Try a dozen.

In Missouri, those drawing benefits from the federal government are bringing home $620 per week. The gravy train keeps rolling along so folks are choosing to stay home.

Which brings me back to the Restaurant Relief Fund. Restaurants were hammered during the shutdown. Many didn’t survive. Others are now barely hanging on even as they can welcome diners back into their dining rooms. The relief fund is supposed to help restaurants, bakeries, brewpubs, distilleries, and others in their continued recovery by helping alleviate debt incurred, meet payroll, rent payments, and more.

The Small Business Administration announced Tuesday it will begin accepting applications on Monday for more than $28 billion in relief, specifically for restaurants. The restaurant industry has been hit hardest during the coronavirus pandemic.https://t.co/gyZYlRFykV

That’s all great and wonderful…right? WRONG. You see, if you are a white male who owns the restaurant or brewpub, don’t even try to apply. If you are a white female who doesn’t own 51% of your business, forget about applying.

Think I’m wrong? It’s right there in black and white.

Veterans can apply if they own more than half of the business. Yet the relief fund is SPECIFICALLY slated for those who have been socially and economically disadvantaged during the lockdowns.

“The Biden administration is defining businesses owned by “socially and economically disadvantaged” individuals as those who are:

Part of an “economically disadvantaged Indian tribe”
“Subjected to racial or ethnic prejudice or cultural bias”
Black American
Hispanic American
Native American, including Alaska Native and Native Hawaiian
Asian Pacific American
Subcontinent Asian American
The RRF guidelines state that the SBA will “will look at whether the net worth of the individual claiming disadvantage is less than $750,000” and “will also look at whether the adjusted gross income of the individual averaged over the preceding three years exceeds $350,000” to determine if they are considered “economically disadvantaged.”

So, if you are a person of color who owns a restaurant, you are now at the front of the bus. All you white people? Sit down…in the back.

The Trump Administration didn’t play these games with the initial relief packages. Nope, everyone was treated equally. It didn’t matter your color, your race, your religion, or if the sky was blue. If you were someone whose restaurant was going under because of the lockdown, you were eligible to apply – PERIOD.

Now the Biden Administration is playing discrimination games, and telling restaurants that they need to check all the politically correct boxes in order to apply for and be approved for funds to help them survive.

In my opinion, this is wrong on every level. The lockdowns affected every restaurant EQUALLY. They were all shut down and they all have struggled to survive or just closed down permanently.

If I were a white male restaurant owner, I’d be looking for an attorney right about now.