Previous post
Hibernate No More-Time To Crawl Out Of The Cave!

Next post
The View Gorgons Lament: “Trumpism” Here to Stay 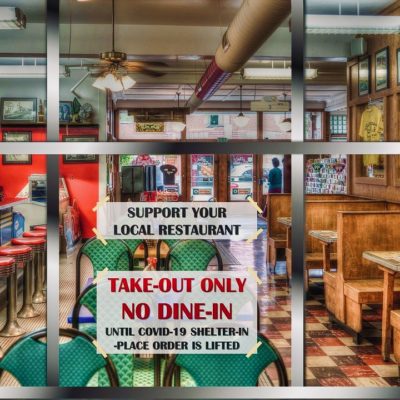 by Nina Bookout in People 8 Comments

The lockdowns are causing a rise in civil disobedience. Victor Davis Hanson was very prescient in his prediction just five days ago.

““I’m afraid they’re going to have massive civil disobedience because for them to have credibility … they cannot be hypocritical,” Hanson told Fox News host Tucker Carlson on “Tucker Carlson Tonight” in reference to Democratic leaders enforcing harsh lockdowns.

“They have to be disinterested. But think of a marquee official, a [House Speaker] Nancy Pelosi, a [California] Gov. [Gavin] Newsom, a [Michigan] Gov. [Gretchen] Whitmer. All of these people have violated their own edicts,””

We’ve discussed the multiple instances where politicians and scientists have told Americans one thing, while they themselves do or advocate for the very opposite. Political silence regarding the months of protests since George Floyd’s death is deafening. Political and media silence on the partying in the streets once the media declared Biden the presumptive winner of the election was infuriating to many.

Now, here we are with Governors ordering MORE lockdowns, sending our kids back to online learning, which the media has just now discovered isn’t working, and issuing arbitrary edicts that fly directly against our Constitution.

In Jodi’s post regarding the mask studies, something caught my eye and sent red flags waving. Pennsylvania has ruled that masks must be worn INSIDE your own home if someone not of your household is present. Two things:

New York City’s Jewish community has already experienced intrusions into their homes and businesses, and I find it incredibly disturbing that very few across the political spectrum see the dangers in this.

Well, quite a number of Americans do realize the dangers inherent in these new lockdown orders. Constitutional, economic, and mental health dangers. Don’t travel or we will all die. Don’t gather with anyone outside your immediate family or we will all die. Indoor dining is a COVID killer (even as the data shows otherwise) so let’s make restaurants move to outside dining or take-out only. Oh wait, LA County changed that rule yesterday.

L.A. County’s #COVID19 messaging has been all over the place since the beginning, despite paying PR firms $3 million. They now announce a knockout blow to restaurants via a tweet, and provide zero supporting science backing the idea that outdoor dining is fueling the spread.

Yes indeed, they sent out a tweet that effectively shattered a significant number of restaurant businesses and their vendors who thought they might be able to weather this latest covid storm. But by golly, science and outdoor dining (indoors?) will save us all! Or not.

The rhetoric around the curfews from our political betters has implied that somehow the virus doesn’t go anywhere between 10pm and 5am. The thing is, it isn’t so much the curfews, it is the arbitrary rules with zero scientific data behind them that are angering people and causing civil disobedience to gain traction.

Gyms must close or go to 10% capacity, which I find both sad and amusing since it’s the healthiest people who AREN’T at risk for Covid. Well, gym owners and other business people in Buffalo, NY had enough of that and were meeting to discuss their options. Someone snitched on them.

It’s more than a little mind-boggling that the Sheriff didn’t even know some of his officers were involved in this incident even as he himself had announced just days prior that his department would NOT be enforcing Governor Cuomo’s ban on gathering.

Many sheriff and police chiefs around the country are recognizing the Constitutional problems with these arbitrary edicts and lockdowns. Most specifically when it involves private property such as your business or your home. Sheriff departments in California won’t get involved and do not plan to make law-abiding citizens criminals over mask issues or gatherings in homes.

Emmy dude Cuomo is ticked off that law enforcement across New York don’t plan to enforce his lockdown mandates.

Sheriffs in Wyoming, Colorado, New Jersey, and elsewhere have told their communities that they do not plan to become the mask police.

Lockdown protests took place not only in California, but in Minnesota at Governor Tim Walz’s home, and in New York.

Oregon’s Governor is literally calling for people to become snitches.

Authoritarianism is alive and well across this country. Oh and by the way, don’t call the police in Oregon if you see a Covid violation. Nope, call OSHA!

“They want Oregonians to call Oregon Occupational Safety and Health Administration if they see a business violating the rules — not 911. And Portland Police stressed that people who spot their neighbors having overly large parties should call the non-emergency dispatch line, rather than treating the violation as an emergency. (Oregon Public Broadcasting)”

Protests are still going on in Portland, but Governor Brown is more concerned about encouraging snitches to sniff out Covid violations.

The hypocrisy is unreal.

Our education system is failing our kids, the sheer numbers of people experiencing depression and anxiety is hugely concerning, but our political and media betters continue to champion lockdowns even as data shows otherwise.

Is it any wonder, with arbitrary lockdowns that don’t make sense, and with months of Americans doing everything they can to mitigate and fight against this virus, that civil disobedience is brewing?