Previous post
Simone Biles Is Not A Quitter; She Is The GOAT 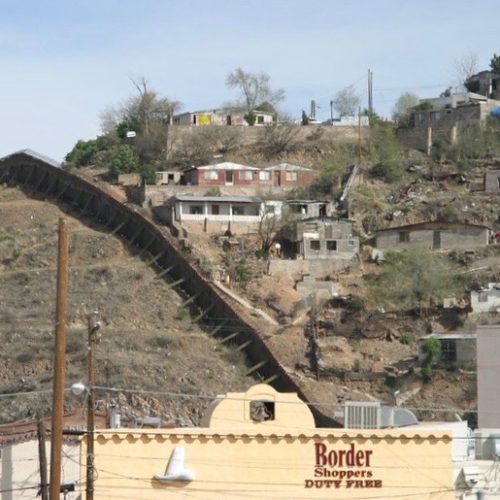 The southern U.S. border is still surging. With that, Coronavirus numbers are also surging. And you guessed it, the Biden Administration has decided to walk back plans to end the “controversial” Title 42 Expulsions.

Several media outlets were initially reporting that Title 42 Expulsions would be halted as of the end of this month. But, the Biden administration walked this back. Why, you ask? Because “The administration now fears it will be blamed for a pandemic resurgence made worse by the border influx,”according to the

DHS announces "Resumption of Expedited Removal for Certain Family Units ": As of today,  "certain family units who are not able to be expelled under Title 42 will be placed in expedited removal…a lawful, more accelerated procedure to remove" families w/out "basis" to be in US pic.twitter.com/nQDEE4vWXR

Expedited removal is a far cry from the promise to completely undo Trump’s hardline illegal immigration policies and demonstrating “character as a nation of opportunity and of welcome.” Oh, those illegal immigrants sure were welcome to come over during the good ol’ campaigning days from the Delaware basement. Now, the border surge is just a nuisance to this administration. They don’t care about their humanity. They just want them gone.

It is truly shameful to see the richest nation on earth treating families and children running for their lives be sent back to the very conditions that made them flee.”-Oscar Chacón, executive director of advocacy group Alianza Americas

Border agents in Arizona were told this week the agency is preparing to expand Title 42 to turn back more Central American families in Tucson, where several large groups have crossed in the past week.

Since March 2020, Customs and Border Protection has carried out more than 642,700 expulsions under the order, typically without conducting the required screenings. Human Rights Watch research shows that the consequences of returning asylum seekers to danger can be catastrophic–resulting in sexual assault, torture, and death.”-hrw.org

So terrible were the policies under Donald Trump! How dare he use a pandemic to turn individuals attempting to come into this country illegally away! How dare Republicans blame the uptick in COVID cases to the crisis at the southern U.S. borders. They should know the spike in Delta Variant cases is not because of what is going on at the border, according to this. I mean, after all, why would there be a spike in Miami? We all know that the Biden administration does not want to let Cubans fleeing Communism onto our turf!

(Whispers) They’ve already come, Joe. Remember? You’ve promised them a new life in America and that Trump’s border restrictions were racist and that YOU were going to open up the floodgates. Wait, what? You’re saying this was all well-and-good and it made for excellent talking points for an election platform but really, you can’t be bothered?

That’s right. Biden is in office now, you see. Trump was defeated. The Democrats got what they wanted. In fact no sooner than Biden and “Dr. Jill” waltzed into The White House, Joe delegated the duty of managing the surge of Mexicans and Central Americans at the southern border to VP, Kamala Harris. Uh, Kamala? Are you there? Yep. (Crickets) That’s what I thought. Ms. Harris also proved to be ineffective at managing this issue. It took her months to visit the southern border to assess for herself. Instead, she laughed off questions about when she would hop on her jet to pay the border a visit. “Not today“, right, Kamala?

I want to make clear to Dreamers: America is your home. This is your home. And we see you, and you are not alone. pic.twitter.com/zftRrJsGwJ

This is your home, she says. Pfft. Just not today. Not tomorrow…or the next day… It’s just not a good time to come into the the U.S. now, migrants. I mean, there’s a new COVID variant, Americans are enjoying getting together, going on vacations and returning to the old normal (which is MUCH better than that “new normal” BS). Biden is also seeing an erosion of support and his administration must get those approval ratings up. I mean, how would it look if his administration were to suspend the Title 42 expulsions at the end of this month like they mentioned they would? They can’t go easy on immigration when they have to prepare to lock us down again.

If Title 42 expulsions truly expired at the end of the month, the situation at the border could worsen. And the Biden administration can’t have an already heinous situation they have done a poor job of controlling get even more ugly. Not today, as Kamala says.

We’ve reached a historic deal on infrastructure, folks. The Bipartisan Infrastructure Deal is the largest infrastructure bill in a century. It will grow the economy, create good-paying jobs, and set America on a path to win the future.

It just wouldn’t be a good look now, would it? The burning question I want to ask Biden supporters is this: who is worse? A President who takes a firm stance on illegal immigration from day one or, the Biden Administration, who waffles on policy and lies to the American people to fit the agenda du jour? I’ll wait for the Democrats to justify this one.