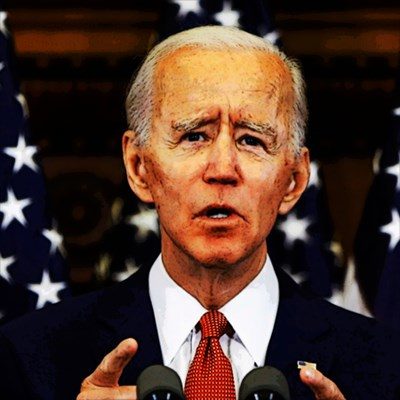 Before a “grueling trip to Asia”, President Biden, along with Dr. Jill, insisted upon going to Buffalo to meet with with survivors and families of the 10 shooting victims at the Tops Friendly Market.

While rumors swirled after the shootings about the motives of 18 year-old, Payton Gendron, popular news outlets and Democrats were quick to pounce. “Terrorism”, they said. “White supremacy”, they said. “Great Replacement Theory”, they said.

Biden remained mum on Great Replacement Theory, instead, showing his strengths as President, as Politico weaves the tale:

…his day in Buffalo showed the strengths he brings to the office. Standing just steps from the supermarket where 10 were killed, the president made the sign of the cross as first lady Jill Biden placed a white bouquet at a makeshift memorial, the base of a tree now covered in candles, signs and flowers. He spent well more than an hour privately meeting with survivors and families of the dead, listening to their stories of loss and sharing his own.”-Jonathan Lamire and Eugene Daniels, Politico

I could hear the conversations now. “Yes, you lost a son. You know, I lost a son, too.”

Both losses. Both tragic for any parent. But certainly not the same.

…it underscores just how delicate he and his administration view the current tinderbox that is American politics. They have been reluctant to call out individuals by name precisely out of fear that it would distract from the ‘substance’ of the problem and give more attention to the conspiracy, which holds that white Americans are being replaced by nonwhite immigrants orchestrated by a cabal of elites eager to see Democrats win office.”-Politico

The current tinderbox? Does anybody remember the protests in the Summer of 2020? What about that tinderbox of American politics? Funny, the Democrats had absolutely no problems slinging the mud and throwing out names then! I mean, they had absolutely no fears of distracting from the “substance” of the problem thn. I know what you’re thinking: Huh? Biden understands the “substance” of a problem? Apparently, according to Politico, he does and he’s going to fight…

Yeah. Let’s go with exposing you all first, Democrats.

I am in no way intending to diminish the great loss and tragedy of this act of violence. I am in no way saying this was not an attack based on racist motivations but if we want to look at the true “substance” of a problem, why are the Democrats like our President threatening to “expose everybody” while not addressing the real problem here? A misguided, very sick, young man with family and relational issues and violent tendencies, who was locked down and away from school and left to his own devices to explore chat groups and dangerous ideas. Could he have done these things while still attending a full day of school? Sure. But he had a hell of a lot more time for those dark thoughts to marinate, now didn’t he?

Payton Gendron was also suicidal. Teen suicides were up during the pandemic. This trend has been so apparent, that public schools have implemented more counselors to their staffing since pandemic in 2020. Young people are suffering from depression, paralyzing anxiety, identity crises and social ineptitude to include a lack of feeling, compassion and care for themselves, let alone others. On top of all of this, they have spent the past six years watching adults act like children with temper tantrums, race-baiting, bullying and violence. Can we expect them to act any better?

Again, Gendron is legally an adult and I am not sympathizing with any of his actions. They were horrific and wrong. But can ONE party and one conspiracy theory be to blame for this tragedy? Biden and his administration would like those willing to fall for their sham to think so without mentioning any names, of course. But we know the truth and will fight like hell and name names. Do not be distracted. The “substance” of the problem is them.