Previous post
Biden Demands Gun Control For You, Not Hunter

Next post
Protestors Targeted As "Victims", According To Media 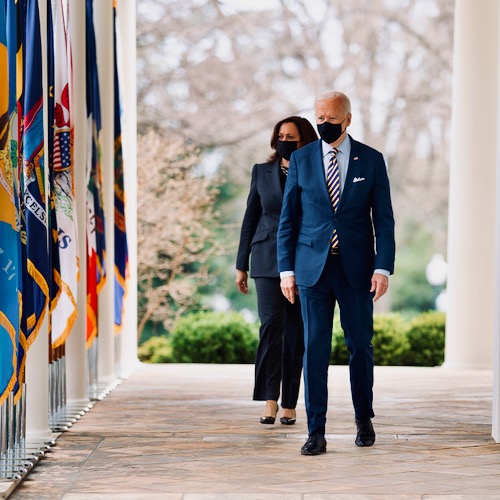 Yes, there is a border crisis. That’s what Joe Biden said after he finished golfing yesterday.

“President Biden on Saturday described the situation at the border as a “crisis” for the first time, as he defended his administration’s walkback on refugee policy a day earlier.

First of all, that word salad is vintage Biden. Secondly, he said the Biden Administration’s quiet part very loudly. Yes, the border surge IS a crisis.

Is anyone else saying “No shit Sherlock??”

We’ve known there is a border crisis. We know this border surge poses a national security, humanitarian, and medical threat to this country. Yet the Biden Administration has been spinning its wheels from day one. It has definitely seemed as if their idea of handling illegal immigration issues is to not only throw the doors wide open as Biden and Harris consistently promised throughout the Presidential campaign, but also to bury their head in the sand and hope the problem goes away.

Well, the problem sure as hell isn’t going away. It’s getting worse. Currently there are nearly 19,000 kids in holding facilities along the border, in convention centers, and hotels around the country. In terms of adults being held, CBP encountered over 172K in MARCH.

Now, suddenly, in the middle of the pushback regarding Biden’s determination to cap the number of refugees at 15,000, there’s a crisis?? Keep in mind, that was the number determined by President Trump, so everyone threw a massive hissy, including AOC.

“The President’s directive today has been the subject of some confusion,” Psaki said in a statement. “Last week, he sent to Congress his budget for the fiscal year starting in October 2021, which honors his commitment. For the past few weeks, he has been consulting with his advisors to determine what number of refugees could realistically be admitted to the United States between now and October 1.”

Oh well, THAT’S helpful! Here’s the funny thing about this…

The WH release actually spun it as "confusion" by the media on the earlier announcement. Kudos to the AP for not falling for the spin. https://t.co/tXH5rQNuI7

Once in a while the blind squirrels in the media find a nut.

Meanwhile, Jen also tried to spin that, even though Kamala has been MIA on the border, she’ll head to Mexico and visit with their delegation and with members of the Northern Triangle countries. Because there’s a deal in place now!

Guatemala’s response to the announcement of this supposed deal? “What are you talking about Willis?!”

Really interesting. Guatemala says that it has NOT signed any kind of agreement with the United States on border security, but says they "maintain their commitment to fortifying border security."

Always helpful for other countries to point out that the Biden Administration doesn’t know what the hell they are doing isn’t it?

No matter how the Biden Administration tries to spin it, this border crisis is one THEY built.

“The president and Vice President Harris campaigned on a platform of relaxing border security. They supported health care for undocumented, illegal immigrants. Biden’s pathway to citizenship for millions of illegal immigrants offered amnesty for those who circumvented the legal process

They also rushed to repudiate policies of the Trump administration, including repealing the Migrant Protection Protocols — a policy that required asylum-seekers to wait in Mexico for their court dates and that we fought to uphold.”

The Biden Administration KNOWS there is a crisis, but have spent months doing their damndest to bury this information. Why else would they have tried to block a United States Senator, Ted Cruz, from gathering evidence inside one of the facilities? Why else would they be quietly, until this last week, seizing private property in order to build the very border wall they supposedly hate?

Keep in mind, Joe Biden is on RECORD saying multiple times that no land will be seized for building a wall. The Cavazos family in Hidalgo County, Texas are a prime example as to Biden lying through his teeth on this. The federal government has seized seven acres of their land for the wall. Not only that, but there are 140 ADDITIONAL cases pending!

Biden tried to tell us multiple times that there is no crisis. That Kamala will handle it, by being absent. That there really isn’t anything to see here, so move along dammit!

Except that he spoke the truth in that word salad of a statement yesterday. A truth we’ve ALL known about since January.

The optics of this are, as usual, awful. Everything regarding the Biden Administration is awful. Insulting a head of state, calling one of their citizens “boy,” and then magically being well enough to golf today is bad enough. The flip flops, and complete disinterest in addressing the very real crisis at the border is even worse.

Biden may have said there is a border crisis. However, that doesn’t mean his Administration is going to do anything about it.