Next post
How Anyone Can Hunt You on the Internet 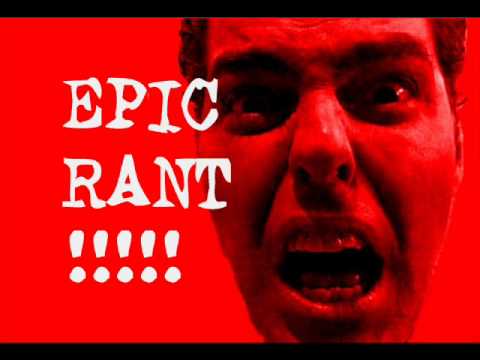 Every time I open up the Interwebs, I am greeted by headlines like these:

And then I have to wrap my head in duct tape, so brain shrapnel doesn’t hit my family at the breakfast table.  I only intermittently remember to cut a hole near my mouth so I can enjoy my coffee.  You could probably hop on any number of websites right now and see nothing but headlines like this.  My compatriots here at VG have waxed much and often poetically about these kinds of abuses and usurpations taking place against the American people.

I am, first of all, in awe of the size and amount of balls that some of these people in government have.  My guess is that half a high school would be pregnant if they just drove by it, based upon the size of the stones they have to do things like this, under the color of law.  Their sack quotient is truly off the charts.  It would be wise for them to remember that they derive their powers from the consent of the governed, and we can withdraw that consent.

I am more angry, however, at the lack of testicular fortitude on the side of the aggrieved when I see this kind of thing.  I mean, what is more American and exemplifies more our love of freedom and individuality than being outrageously contrarian enough to give “The Man” a middle finger salute when he tells you what you can do with your bleachers you paid for, your healthcare that you chose, the house you built on land you pay for, the business you work to build, or the size of your soda.

Whatever happened to citizens who have broken no law saying “Piss Off!” when confronted by the Man?

I ain’t talking about some sort of “we will have our lawyers talk to yours and see you in court” linguine-spined finger wagging when the Man shows up to tell you what he thinks is what.  I am talking about a rant that shakes the heavens with fire, brimstone and flop sweat to such a degree that the swear words you invent would make R. Lee Ermey proud, and when the last word is said all you would hear is Al Pacino slow clapping from the back.

I know that I would tell the Department of Education that if they want these bleachers torn down, then they need to send the State Militia, the State Police, and the Marshals Service along with some bulldozers and dynamite because we, the parents who worked our jobs, asked friends and grandmas and grandpas for money and support, spent our precious time helping our sons learn a life lesson and raise the money for those bleachers aren’t going to tear down a damn thing, and we aren’t going to let you do it either.  Not one bolt…  Not one nail…  Not one square inch of those planks.

You can tear them down over my dead body.  I promise I will make you earn it, because when injustice becomes law, then rebellion becomes duty.

The atrocious part of this situation is that some miserable liberal/progressive participation trophy advocate “see you next tuesday” excuse for a mother decided to complain to someone in government to help her bring those boys down a notch by looking into how “unfaaaaiiiirrr” it all must be to have the boys having better bleachers than the girls, instead of striving to be better and starting her own campaign to get the girls some bleachers of their own that would make the boys bleachers look old and busted.  It is just this kind of thing that gives all of the sisterhood a black mark in the “always whines and complains” column.  How do I know it was a chick?  Would a guy piss and moan to the Department of Education about unequal treatment, or would he just get off his duff, gather all of his friends together and raise the money and build some bleachers for his daughter and her team?

Fortunately, these are the type of men I know.  Unfortunately, as a woman, these are a kind of women it is my misfortune to know.

We have become the people that our founders warned us about.  They were men who stood against the mightiest empire of the time and drew the line with their lives, fortunes and sacred honor at stake, and said “Piss off, Molon Labe and I f’ing dare you”  followed very closely by some “give me liberty or give me death.”  They were shooting people because the King put a tax on their breakfast beverage.  Can you imagine the rage that those men, who sat through a summer in Philadelphia inside a building, forming the greatest experiment in personal liberty and minimal governance the world has ever seen, would have upon coming back from the dead and happening upon this particular brand of oppressive busybody worrying about seating arrangements for sporting events?  Would they be putting up with any of this crap?

If those parents want to be the kind of parents that those boys can be proud of, they won’t get a lawyer, they won’t get an injunction.  They will stand around and on those bleachers and show anyone that comes by with a sternly worded letter what civil disobedience looks like.

We invented it here in America over 200 years ago.