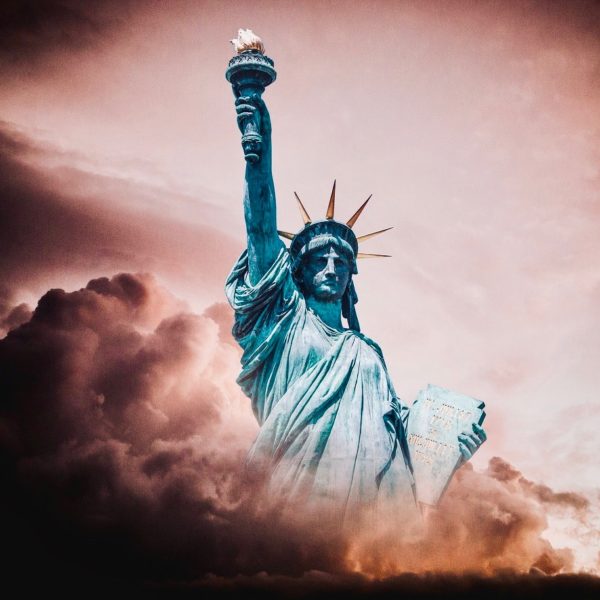 In 1855 Walt Whitman penned a preface to his “Leaves Of Grass” that warned about the abhorrent lice of politics and losing our liberty.

When the memories of the old martyrs are faded utterly away . . . .

When the large names of patriots are laughed at in the public halls from the lips of the orators . . . .

When the laws of the free are grudgingly permitted and laws for informers and bloodmoney are sweet to the taste of the people . . . .

When we are elated with noble joy at the sight of slaves . . . .

When the soul retires in the cool communion of the night and surveys its experience and has much extasy over the word and deed that put back a helpless innocent person into the gripe of the gripers or into any cruel inferiority . . . .

When the swarms of cringers, suckers, doughfaces, lice of politics, planners of sly involutions for their own preferment to city offices or state legislatures or the judiciary or congress or the presidency, obtain a response of love and natural deference from the people whether they get the offices or no . . . .

When it is better to be a bound booby and rogue in office at a high salary than the poorest free mechanic or farmer with his hat unmoved from his head and firm eyes and a candid and generous heart . . . .

And when servility by town or state or the federal government or any oppression on a large scale or small scale can be tried on without its own punishment following duly after in exact proportion against the smallest chance of escape . . . .

Then only shall the instinct of liberty be discharged from that part of the earth.”

As Jodi and Marta have written in the last few days, our Second Amendment rights are under attack.

Catering to the mob of the uniformed few puts our liberty in jeopardy. Once that liberty is gone, so goes our right to Free Speech.

Patriots are laughed at:

In fact, it has gone beyond laughter to tearing down those who helped define, shape, and protect this country. Confederate statues are no more because keeping even our difficult history present is bad as it might hurt feelings.

“the laws of the free” and “when the soul retires:”

We are seeing time and again that our Constitutional right to speak our minds, wear MAGA hats, support of due process (Brett Kavanaugh among others), hold to the Constitution, and just have an opinion counter to the favored trope of that professor in college or teacher in high school, is NOT permitted! See Evergreen College, Gibson’s Bakery, and many others. In fact, those opinions and beliefs are castigated and people are doxxed for it. For examples, see Richard Jewell, Covington Catholic and Nick Sandmann, along with most recently Tori, a Target manager.

“The lice of politics:”

Hillary Clinton ran for President TWICE and still believes, as do far too many others, that this was something owed to her. The astounding amount of deference and protection that surrounds someone who is so corrupt is unbelievable, and yet here we are with Hillary.

I've got the kind of life you can't make up.

See for yourself on @Hulu, March 6. https://t.co/OWUAZCEZy6

The Impeachment Palooza BOOGALOO complete with Pelosi’s Avengers with due process thrown out the window is another prime example of political lice.

How about activist judges legislating from the bench instead of judging solely upon the rule of law?

In California, where the “gig economy” of freelance workers is penalized unless they bow to political will and join a union.

The continual diatribes against President Trump because he won and Hillary did not.

Our media at work just three days ago:

“Trump voters motivated by racism may be violating the Constitution. Can they be stopped?”

I could go on, but you get the point.

Walt Whitman laid it out plain and simple. If we let the political lice gain ground, then ALL Liberty will be lost. This is why we must never stop fighting for our Republic.