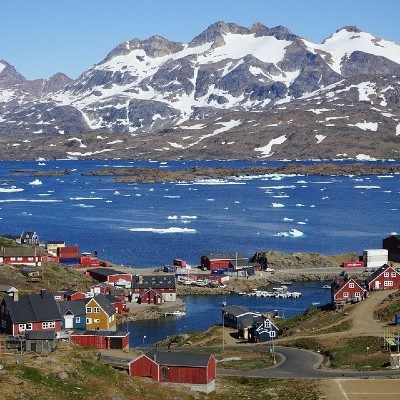 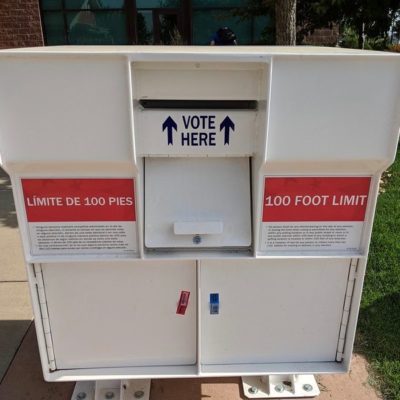 On the same day as Attorney General Barr made his proclamation that he saw “no evidence of widespread voter fraud”, comes this report on backdated ballot votes.

The Amistad Project of the Thomas More Society, says that several whistleblowers from the United States Postal Service have come forward, alleging that thousands of ballots in some states were backdated, tampered with, or tossed out ahead of the 2020 election, to the disservice of President Trump.

To date, we have not seen fraud on a scale that could have affected a different outcome in the election.”-Attorney General William Barr

Oh, really? The Amistad Project holds fast to their claims that “multi-state illegal efforts by USPS workers to influence the election in at least three of six swing states.”

Nothing to see here. Democrats have mostly focused on expanding voting access and have called for more drop boxes amidst the COVID-19 pandemic especially. There were more ballot drop-boxes across the nation than there were in 2016. Granted, circumstances have changed. While Democrats have argued for more accessibility through these drop-boxes and mail-in ballots, Republicans have argued there could be security problems.

But Attorney General Barr says there is no “widespread” voter election fraud. Despite his claims before Election Day that mail-in voting could be especially vulnerable to fraud during the coronavirus pandemic. Barr also implied that China could pose a bigger threat to the election than Russia. Speaking of Russia, what does Barr do? He appoints Special Counsel, U.S. Attorney John Durham, to continue in the Russia probe. And, speaking of China, Dominion Voting Systems’ parent company received $400 million from UBS Bank in Switzerland which is 75% owned by the Chinese government, according to this:

The rumors are still circulating but the AG says there is no “widespread” fraud. Is this a signal to the American people to keep quiet and deal with the “fact” that Joe Biden “won” the election? Fraud does not necessarily have to be “widespread” to be fraud. The fraud could be isolated to key battleground states, which is where most of the vote counts have been challenged.

Explain this then Mr. Barr: pic.twitter.com/1sXwTsQl3m

Disappearing mail trucks and ballots? A sudden overnight surge of votes for a candidate who barely campaigned? A candidate who campaigned and did not even draw a quarter of the crowds that our current President saw? I could be buying into a conspiracy theory but it all does not add up. Perhaps Barr was threatened. Perhaps Barr is trying to save political face.

With all due respect to the Attorney General, there hasn’t been any semblance of a Department of Justice investigation. We have gathered ample evidence of illegal voting in at least six states, which they have not examined. We have many witnesses swearing under oath they saw crimes being committed in connection with voter fraud. As far as we know, not a single one has been interviewed by the DOJ. The Justice Department also hasn’t audited any voting machines or used their subpoena powers to determine the truth.”-Rudy Guiliani

So with all due respect, the “at least six states” may not be considered widespread enough to the AG. But again, fraud is just that. Whether is in six or 50 states. Any kind of fraud compromises the integrity of our system and compromises us as a nation. In 2016, Americans complained that the votes for Donald Trump were not legitimate votes. Fast forward four years, when the opposite side of the political spectrum is making claims of a flawed system. Questions were encouraged four years ago. Russia was a threat and stole the election for sure. The country that gave us a pandemic that crippled our economy and may have been instrumental in a tumultuous political climate leading up to this election (not to even mention the Dominion Voting Systems story)? Not even a consideration. Forgotten ballots? Backdated ballots? A premature reveal on behalf of the media nationwide declaring Joe Biden the winner before all votes were counted and certified? An attempted coup to condemn any and all investigations into this claim? If that’s not “widespread” fraud, I don’t know what the hell is.

And just as all of this comes down the pipeline, Joe Biden hobbles in on his boot to save the day:

My message to everyone struggling right now is this: Help is on the way.

More help by more empty words and platitudes, a 47-year track record of not much of anything, empty promises, a “diverse” White House cabinet, avoiding hard questions, cozying up to China, higher taxes, more government control and more lockdowns?