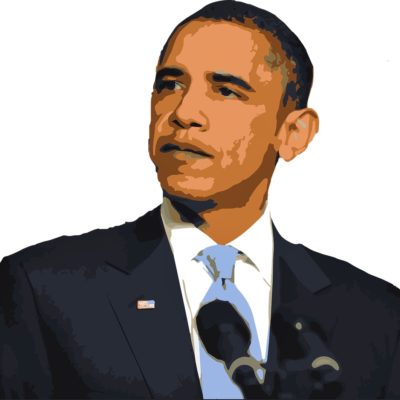 Obama just informed the world that defund the police is a “snappy slogan” that doesn’t work.

When asked about what advice he would give to activists who are championing defending the police, he responded thusly:

“So if you believe, as I do, that we should be able to reform the criminal justice system so that it’s not biased and treats everybody fairly, I guess you can use a snappy slogan, like Defund the Police, but, you know, you lost a big audience the minute you say it, which makes it a lot less likely that you’re actually going to get the changes you want done. But if you instead say, Hey, you know what? Let’s reform the police department so that everybody’s being treated fairly. And not just in policing, but in sentencing, how can we divert young people from getting into crime? And if there was a homeless guy, can maybe we send a mental health worker there instead of an armed unit that could end up resulting in a tragedy? You know, suddenly a whole bunch of folks who might not otherwise listen to you are listening to you. So the key is deciding, do you want to actually get something done, or do you want to feel good among the people you already agree with? And if you want to get something done in a democracy, in a country as big and diverse as ours, then you’ve got to be able to meet people where they are. And play a game of addition and not subtraction.”

I’ll admit, when I saw that last night, my first thought was, he’s saying some of those quiet parts out loud, and my second thought was, cue the tantrums!

Just days after the election, news came to light of a House Democrat phone call session. During that session it was made incredibly clear that the Democrat’s stance on issues such as socialism and defunding the police hurt them badly at the ballot box. How badly? We now know that Republicans have gained 14 seats in the House and Democrats lost all 27 toss-up races, leaving Nancy with a razor thin margin in the House.

“Snappy slogans” like defund the police were losing propositions for the Democrats. But many, even on the state level still aren’t seeing the forest for the trees. Seattle is well on its way to losing their police department. Why? Because the city council is about to cut the police budget by 18%. That cut does away with filling vacant positions, cut police training and overtime, and move 911 dispatch out of the department.

These cuts will decimate the police department, will ensure that quite a number of officers will decide to retire early or go elsewhere, and will put the safety of the city at risk. Heck the city is, even while pushing these asinine budget cuts, dealing with well over 8500 burglaries this year and its 49th murder this year. That is more than double the number of murders from last year.

But the Seattle mayor and city council are all like, hey! We’ll hire new recruits and all will be good! But when you take away the TRAINING budget, that leaves those new recruits and Seattle citizens at risk. But snappy slogans put into action for the win!

The Minneapolis police department is down 120 officers this year. Why? Because political philosophies such as defund the police, and the backlash from the media/politicians have made it toxic for them to stay on the job. For Minneapolis, it seems that calling the police on criminals is an example of “white privilege.”

Believe it or not, the Mayor Jacob Frey isn’t on board with Bender’s “police-free” future idea. Given that carjackings are up 537% and murders are hitting a fifteen year high in Minneapolis, its good to see that at least ONE politician in that city understands that the safety of the city depends upon multiple factors, including a well-funded and well-supported police department.

Obama, as much as I don’t like him or his policies, is correct on this. And boy howdy are the radical progressives in the Democrat party PISSED at him!

Democrats have moved so far left that many of them now think Barack Obama is too far to the right because he tried to warn them it was bad marketing to say the quiet part out loud like they did with "defund the police". Off the charts stupidity. pic.twitter.com/1jQKTNDCj8

We lose people in the hands of police. It’s not a slogan but a policy demand. And centering the demand for equitable investments and budgets for communities across the country gets us progress and safety. https://t.co/Vu6inw4ms7

Other progressive socialists out there don’t consider Obama as all that. In fact, they want him to just go away.

Obama has his sights set on another movement to kill.

The defund the police messaging landed with a thud months ago, and continues to crater. But that doesn’t matter to progressives. They LIKE the destructive violence, the looting and burning, and could give a rat’s ass about the businesses left decimated from the riots. The progressives are willfully ignoring the forest for the trees. As Rep. Stephanie Murphy (D-FL) said,

““This playing footsies with socialism is not going to win over most of America,” she said. “There’s no amount of lipstick that can cover up the fact that these far left ideas are costing us races.””

The down-ticket races all across the country showed that loud and clear. But the loud-mouth progressives don’t care. Obama isn’t socialist enough for them.

Defund the police is an unworkable snappy slogan, and actually defunding the police puts us all at risk. Obama recognizes that, even as the far left of his party refuses to do so.