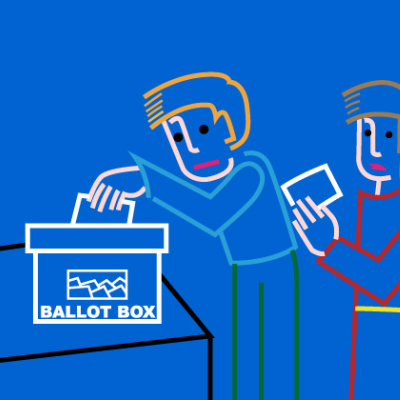 This morning Donald Trump hit tweet on his Twitter machine and blew the collective minds of the sheeple of the United States of America. Trump tweets a lot, and has quite a few regrets, but this tweet on delaying election day was a troll on a galactic level.

Trump tweets are part of his game. Let us first take a peek at the tweet that rocked the world this day:

With Universal Mail-In Voting (not Absentee Voting, which is good), 2020 will be the most INACCURATE & FRAUDULENT Election in history. It will be a great embarrassment to the USA. Delay the Election until people can properly, securely and safely vote???

Blew your mind too, didn’t it? Yeah, mine too. As the Daily Beast reported, even Fox News Channel’s Chris Stirewalt was gobsmacked:

Fox News politics editor Chris Stirewalt lashed out at President Donald Trump floating the idea of delaying the election on Thursday, saying it is a “flagrant expression of his current weakness” and reveals the president’s “weak position” for re-election.

Moments after it was announced the U.S. economy had suffered its worst quarter in history, the president posted an explosive tweet pushing an unproven conspiracy that mail-in voting will result in widespread voter fraud. He proposed delaying November’s presidential election.

And, over on MSNBC’s Morning Joe, Joe Scarborough and a random reporter discussed the evil genius that is Orange Man Bad, while Mika imitated a sour-faced, bobble-head doll:

There are a couple of important things in that post that most of these make-up wearing, teleprompter readers fail to notice.

1. The Democrats have pushing Universal Mail-in Voting, which is ripe with opportunities for fraud.

How the hell is Universal Mail-In Voting bad, but Absentee Voting good? It's the same thing!

Sorry, no. One of these things is not like the other. There is a process to obtain an absentee ballot:

To get an absentee ballot, a registered voter must request one through their state government, which accepts or rejects the application. When someone is approved to vote absentee, election officials mail the voter an absentee ballot, which they complete and sign, and return by mail or, under certain circumstances, fax. Officials can reject absentee ballots if they are improperly filled out, and voters face steep penalties if they falsify any information.

On the other hand, under Universal Mail-In Voting, ballots are sent to the homes of all registered voters. That’s fine except some of us, raises hand, have less than zero faith in today’s United States Postal Service. That’s all not all. Much preparation is needed for Universal Mail-in Voting to work cleanly. The MIT Election Lab found:

The risk, according to the five vote-by-mail states, is that others are rushing into all-mail elections without doing the groundwork. Election officials in those states have been fielding calls from other states, and their answer is to be aware.

Voter rolls must be kept scrupulously clean so ballots go only to current addresses for valid voters. Sometimes new equipment is needed to count votes, and signature cards need to be kept up to date.

MIT’s Election Lab says that while fraud is rare, it “seems to be more frequent” with mailed ballots than in-person voting.

They are not the same thing. Trump tweets are usually meant to get the media going or in response to something some other political operative has said. The second part of the tweet is that response.

2. Trump doesn’t want to delay the election, even though he put that in the tweet. No, Trump would love to see us all marching to the ballot box on November 3, 2020. But, Democrat operatives have been casting doubt on the 2020 Presidential Election for months.

Hillary Clinton warned that President Trump could refuse to leave office if he loses in November, with the 2016 Democratic nominee saying in an interview that aired late Monday that “we have to be ready for that possibility.”

“I think it is a fair point to raise as to whether or not, if he loses, he’s going to go quietly or not,” Clinton said on Comedy Central’s “The Daily Show with Trevor Noah.” “And we have to be ready for that.”

And, on July 28, at an event with Illinois Governor J.B. Pritzker, Barack Obama said:

In a separate event with Illinois Gov. J.B. Pritzker (D), Obama warned that the president has cultivated a support base that “filters out any contradictory information.”

“It’s just glued to Fox News and Breitbart and [Rush] Limbaugh and just this conservative echo chamber — and so, they’re going to turn out to vote,” he said, according to the Times.

“What he has unleashed and what he continues to try to tap into is the fears and anger and resentment of people who, in some cases, really are having a tough time and have seen their prospects, or communities where they left, declining,” the former president added.

At an event with actor George Clooney, Obama said:

Former President Obama on Tuesday told donors ahead of the 2020 election that his top concerns include voter suppression and President Trump potentially casting doubt on the election’s legitimacy.

At a Tuesday fundraiser with actor George Clooney, Obama named the two potential issues when asked what keeps him up at night, The New York Times reported.

Always remember that you cannot look at Trump tweets as regular tweets. Trump is playing three-dimensional chess and he is a grandmaster.