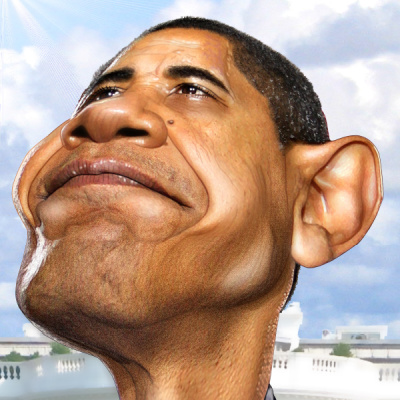 Well, Andrea Bocelli could have seen this coming all the way from Italy. Former President Barack Obama used his eulogy at the final John Lewis funeral service to attack President Donald Trump and played the race card, bigly. It’s the leitmotif of the former President. He just cannot help himself.

Obama was the final eulogist at the Lewis funeral. I listened to former Presidents George Bush and Bill Clinton. Their speeches were all about the late Representative John Robert Lewis. The highlight, though, for me was the young man, Tybre Faw, who recited the poem, Invictus, one of Lewis’s favorites. It was a poignant moment. The Faw family met John Lewis at the 2018 Selma march. The original march was one of the times Lewis was beaten. That made these Invictus lines more affecting:

In the fell clutch of circumstance

I have not winced nor cried aloud.

Under the bludgeonings of chance

My head is bloody, but unbowed.

That child, at twelve, is a better man than Barack Obama will ever be.

Politically, there was nothing that I agreed with Congressman John Lewis on. But, I can acknowledge that he was a warrior, who may have been bloodied, but unbowed. And, then, much later, Barack Obama spoke. The very first part of Obama’s Lewis funeral obituary was soaring and wonderful. Here is the video of the full obituary:

Unlike most Obama speeches, his use of the word “I” was very, very limited. In the first part, that is. Let us ignore the fact that we were told all week that John Lewis didn’t like long speeches. At his first few ceremonies, the speeches were all kept to about ten minutes. But, this Barack Obama. His eulogy ran 40 minutes. If only he had kept it to fifteen to twenty, it would have been a great eulogy.

Bull Connor may be gone. But today we witness with our own eyes police officers kneeling on the necks of Black Americans. George Wallace may be gone. But we can witness our federal government sending agents to use tear gas and batons against peaceful demonstrators. We may no longer have to guess the number of jellybeans in a jar in order to cast a ballot. But even as we sit here, there are those in power are doing their darnedest to discourage people from voting – by closing polling locations, and targeting minorities and students with restrictive ID laws, and attacking our voting rights with surgical precision, even undermining the postal service in the runup to an election that is going to be dependent on mailed-in ballots so people don’t get sick.

There is no one in this country with the IQ over 50 who was not horrified by the death of George Floyd. Peaceful protesters? Is he kidding? Has Barack Obama any idea what the rioters have done in Seattle? No. It doesn’t matter what the truth is to Obama. His hatred for Trump is beyond delusional. CNN reported today:

t was a dramatic return to the political fray for a former president who has steadfastly worked to avoid becoming a foil for Trump, even as he frets privately and to Democratic donors about Trump’s actions and words.

What a farce. Obama has done nothing but try to divide America since the day he first became a politician.

The Lewis funeral is the tale of two Americas. The young man, Tybre Faw, reciting Invictus. Barack Obama blaming Trump for everything that is wrong with America today.