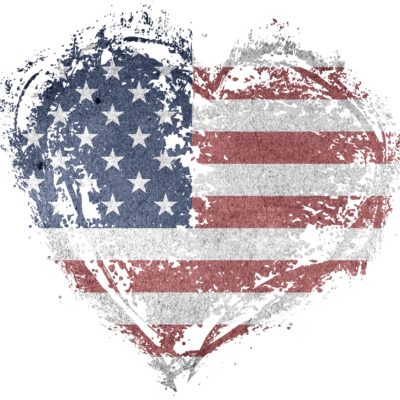 Next post
America and Her Citizens, My Forever Valentines 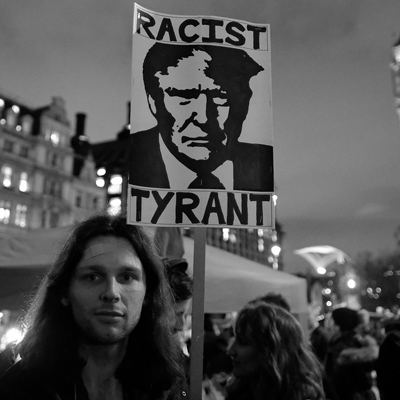 Trump Derangement Syndrome, or TDS, is consuming progressives with increasing intensity. With the failed impeachment attempt, the Iowa caucus fustercluck, and peaking approval ratings for Trump, they just can’t deal. And while a lot of them would love to channel John Wilkes Booth, they lash out at Trump supporters instead. Even physically.

For example, on Tuesday in New Hampshire — primary day — a 34-year-old man approached a Trump tent outside a polling place and scouted out a volunteer wearing a red MAGA hat. Those hats, of course, are like waving a flag before a bull. The man attacked one of the hat-wearing volunteers, slapping a 15-year-old boy in the face. He then assaulted two other adults who came to the boy’s rescue.

Fortunately, he didn’t get away with it. Police charged Patrick Bradley with assault and disorderly conduct. While they’re at it, maybe they should insist that Bradley clean himself up, too.

Perhaps Bradley’s inspiration came from a man in Florida who drove his minivan into a Republican tent set up in a parking lot. Fortunately perpetrator Gregory Timm didn’t hit anyone, but he, too, was charged by authorities. His attack netted him two counts of aggravated assault on a person over the age of 65 (of course! it’s Florida), and criminal mischief. Plus, Timm was also driving with a suspended license.

So how did Timm explain his stupid stunt? “Someone had to take a stand,” he said.

But that’s not all, because last week a woman suffering from Trump Derangement attacked a retired NYPD cop in a Tennessee bar. And how did he trigger her TDS? He wore a red hat that read, “Make 50 Great Again,” and a T-shirt that read “Making America Great Since 1970.”

Yep, the man was celebrating his 50th birthday. The hat and shirt were birthday gifts. But in her misguided rage, the attacker cut his face.

Meet my pal Danny. He’s a retired #NYPD, & a pillar of our community

Hold on, I’m not finished. Last week at Arizona State University in Tempe a man began screaming expletives at an outdoor “Students for Trump” table. Not only did he scream like a banshee, he also threatened Republicans:

Arizona State University Police claim they are “working with the University to address the matter.”

Gee, I hope so. That guy needs help. 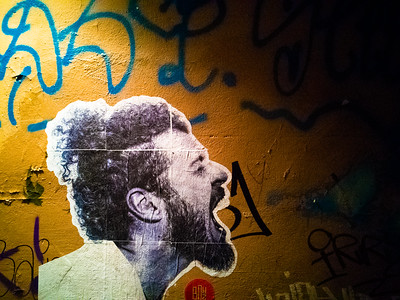 So where is the media on this? Oh, they reported the incidents so that you could say they’re doing due diligence in providing the news. But they save their bile for people whom they think crossed the line by supporting Trump.

Take for instance, Nick Sandmann — remember him? He was the high schooler from Covington Catholic High School in Covington, KY, who found himself as the target of media rage when a Native American activist confronted him at the Lincoln Memorial. Both the mainstream and social medias made his life a living hell, because how dare he be a Catholic! And pro-life! And a white kid wearing a MAGA hat, to boot!

At least young Sandmann did get some justice, when CNN settled a defamation lawsuit brought by Sandmann. Mainstream media largely ignored his victory.

And then there’s the Jussie Smollett hoax from Chicago last year. Smollett had cooked up a TDS hot pot which had everything to trigger Trump Derangement: racism, homophobia, and MAGA. When Smollett claimed that two men wearing MAGA hats attacked him in Chicago by pouring bleach on him, putting a noose over his neck, and yelling racial and homophobic slurs, it was a wet dream for the media. Here’s how evil Trump supporters are, they roared! Once again, mainstream and social media heaped sympathy on the supposed “victim” and derision on anyone who supports Trump. Never mind that for discerning people the whole tale seemed too far-fetched, too contrived.

Of course Smollett’s hoax eventually fell apart. And while Cook County State’s Attorney Kim Foxx let him skate from his initial charges brought on by the city, he now faces new charges again for lying to police and disorderly conduct. But it’s Chicago — who knows what will happen?

The late Charles Krauthammer once wrote:

Krauthammer wrote those words in 2002. Now, 18 years later, we’re seeing those words amplified in our Presidential election. Because not only do liberals think that conservatives — and by extension, Trump supporters — are evil, but the media thinks so too. I just hope no one gets killed by Trump Derangement sufferers who think they need to “take a stand” and take out a few evil conservatives.